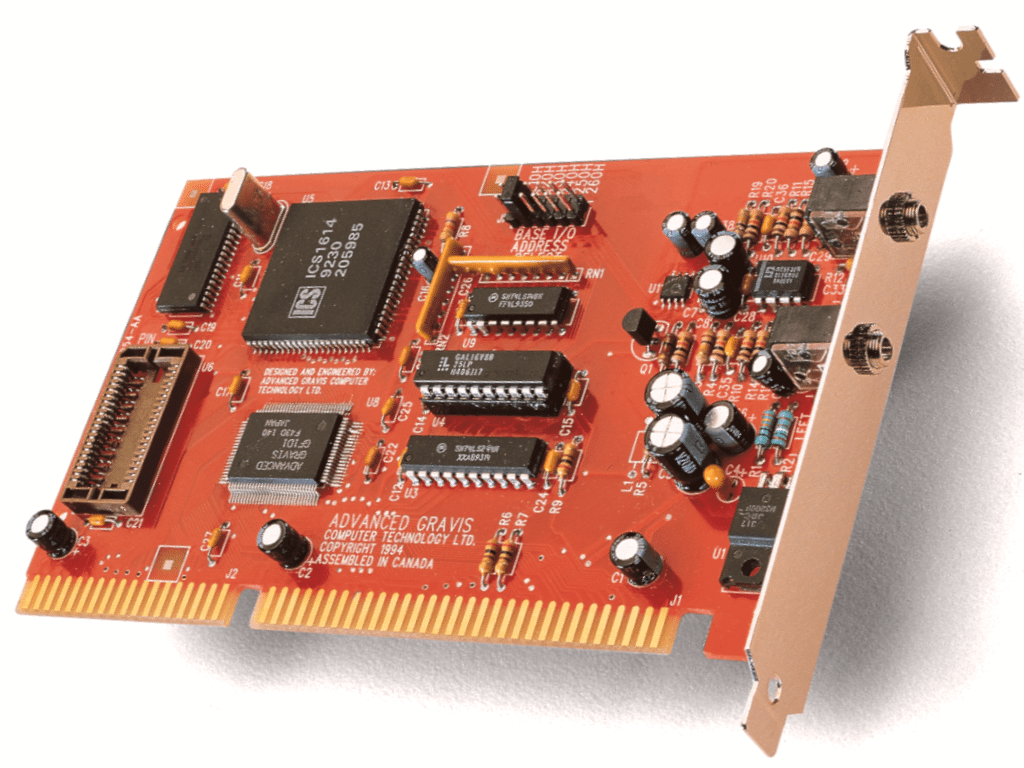 Contents of the GB.DOC file

GALACTIC BATTLE is a space shoot-em up arcade game for one
player. Its setting is an interplanetary spaceship which is
controlled by its captain -- you! -- against attacks by hordes
of evil aliens. Your object in the game is to defeat as many of
the enemy as possible, while enhancing the features of your ship,
and maximizing your score.

The game features an infinite number of levels, each
consisting of 11 different waves of aliens. If you survive all
11 waves in one level, you proceed to the next level of play.
Each succeeding level is increasingly difficult.

You must maneuver your ship around the lower quarter of the
game area and try to shoot the aliens overhead, while dodging
multiple alien shots fired at you as they approach.

Throughout game play, you can earn "medals" which you can use
during designated waves to "purchase" defensive and offensive
enhancements for your ship. This feature, a vital tool
especially for the higher levels of play, requires strategic
planning and preparation early in the game.

Before the game begins, the stick on your joystick must be
centered. If you intend to use the joystick during play, you
should also select it as your input device.

The ship is controlled by either JOYSTICK, MOUSE, or
KEYBOARD. It can be moved anywhere in the bottom quarter of the
playing area in all eight compass directions, or it may remain
stationary if you wish. Its main offensive weapon is its fire
power; its primary defense is its energy shield, which protects
it from alien shots.

MOUSE control is similar to joystick control. Using smooth,
slow motions, just move the mouse in the direction you want the
ship to move. Fire shots by pressing the left button. Activate
the energy shield by pressing the right button.


The number keypad on the KEYBOARD is analogous to joystick
movement: the [8] key is up, [3] is down and right, [5] is no
movement, and so on. Press the [Ins] key, or keypad [0], to
operate the energy shield, or the space bar to fire shots.

When firing shots, it is important to keep in mind that the
next shot cannot be fired unless:
1) the fire button has been released, and/or
2) the maximum number of shots does not currently appear on the
screen.

The shield button can be held down continuously. It will work
until the button is released, or until the ship's energy supply
is exhausted.

When in combat, the ship utilizes a unit of energy every few
seconds. (The actual rate depends on the ship's current energy
reduction capability. See "Ship Enhancements.") Firing a shot
expends one unit of energy. Using the shield consumes energy
until the shield is de-activated.

Be careful! If the ship's energy supply is ever entirely
drained, the ship will explode! However, when the energy reserve
is at twenty units, a warning message will appear, and an alarm
will sound.


THE ALIENS
There are 100 different animated aliens you must battle.
Like your ship, the aliens' offensive weapon is their fire power.
Their defense lies in the complex formations of their attack
waves, which make them difficult targets to hit.

The aliens confront the ship in groups of ten. They will
continue their current formation pattern until all aliens in the
group are destroyed, or the player's game has ended.

In the beginning levels, one hit is all that is required to
destroy an alien. Alien destruction in higher levels requires
multiple hits and/or increased shot damage capabilities (see
"Ship Enhancements").

Every fifth wave of aliens in each level is a "bonus" wave.
The aliens go through a "follow-the-leader" type of formation
and fire no shots. However, they go through this pattern only
once! This wave is completed when all the aliens are destroyed,
or they have completed their pattern.

The eleventh wave in every level is a "mother ship" wave. In
order to advance to the next level, you must face and defeat
this alien mother ship. Conquering it requires numerous
"successful" hits, the number of which increases with each
higher level of play. A hit is "successful" only if it hits the
pulsating energy blob on the bottom of the mother ship when it is
red. Any other hits to the mother ship cause no damage.

The two thrusters accompanying the alien mother ship do not
need to be destroyed by your ship in order for you to advance to
the next level. If the mother ship explodes, these thrusters
will self-destruct. However, you may wish to destroy the
thrusters since their primary purpose is to protect the mother
ship by intercepting shots fired upon it. The thrusters can be
destroyed by multiple "successful" hits from your ship.

On higher levels, the aliens acquire a "smart shot"
capability. Smart shots track your ship,i.e., they follow it as
it moves to the left or right. Fortunately, their range is
limited, but it increases with each higher level of play. Smart
shots eventually follow a straight-line trajectory.

Aliens do not obtain the smart shot powers until level 3, but
the mother ship and thrusters always have smart shot capability.

The starbase aids the ship by appearing after each wave is
completed and allowing you to dock with it to re-energize your
ship if you want to. To dock, move your ship horizontally across
the starbase and allow it to be caught in the starbase's tractor
beam. If you do not want to dock, you can move the ship along
the bottom of the screen and keep it out of the tractor beam's
reach. By choosing not to dock with the starbase, you can earn
an "efficiency bonus."

To avoid docking, you may choose to do one of the following:
(1) Wait for the starbase to leave on its own, or (2) Press the
fire button to inform the starbase that you do not wish to dock.
If you do not dock and re-energize, you will have to complete
the next wave with whatever ship's energy remains.

After completing the bonus wave or the mother ship wave, a
special starbase appears to allow the re-energizing and
customizing of your ship (see "Ship Enhancements"). The
efficiency bonus can also be earned if you choose not to dock
with this starship.

The opportunity to customize the ship by buying enhancements
is allowed after the completion of either the bonus wave or the
mother ship wave. Your ship must first dock with the starbase;
then, after re-energization, the "enhancement menu" is
presented.

Three ship enhancements are available: reduced energy use,
increased fire power, and increased shot damage. Each
enhancement can be purchased and added to your ship a maximum of
three times.

The "Reduced energy use" enhancement does just what you might
assume: it reduces the rate at which your ship consumes the
energy necessary to power itself. Using your shield also
consumes less energy.

The "Increased shot damage" enhancement causes the shots to
inflict more damage to an alien when hit. Because the aliens
have greater strength,this enhancement is extremely valuable
when you are battling the mother ship, especially on higher
levels.


The enhancement menu also allows you to skip from one to
three levels, if you are willing to pay the price. Although game
play will become more difficult, higher scores are attainable.

To exit the enhancement menu, move the selection arrows to
"resume game play," and press the fire button.

Medals are awarded for 1) hitting seven consecutive aliens in
the same wave without missing, 2) destroying a mother ship
thruster, or 3) defeating the mother ship. A maximum of nine
medals can be possessed at any one time.


When game play begins, you receive the number of medals equal
to the level on which you began play, e.g., if you begin on
level 3, you are awarded three medals.

The number of medals you currently possess is always
displayed at the bottom of the screen next to the medal icon.

During game play, various text messages informing you of
upcoming situations are displayed at the top of the screen.

Extra ships are awarded for perfect shooting, i.e. hitting
all ten aliens in a wave without missing.

(1) A shot misses completely and doesn't hit anything,
(2) Your ship is destroyed, or
(3) The wave is completed.