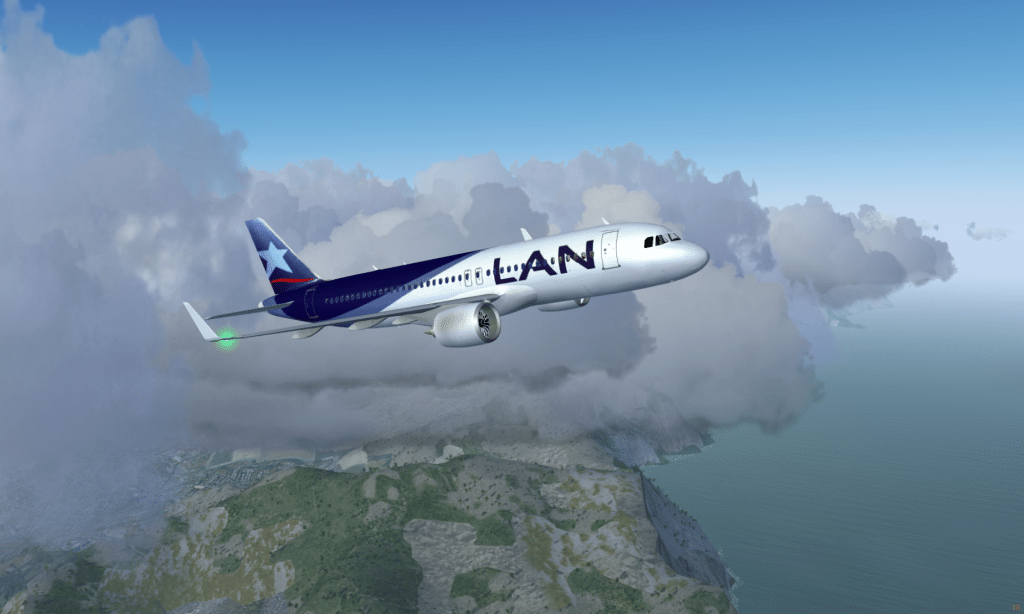 Contents of the PLANES.TXT file

This is a rough description of some of the planes included in PLANES.ARC.
The file PLANES.ARC is a library of experimental planes gathered from
several sources. CompuServe GAMERS forum LIBRARY 10 mostly. I'd like to
take a sec to say thanks to all the fine fellas that uploaded their
designs. - Jeff Horrocks, Flight Simulators Section Leader, 72247,1462.
The file was updated on April 4, 1990.

Some of these planes did not come thru CIS or did not come with a
description below. I've attempted to say a word or two near the end of
this file about the designs that have no other description.

The information in the headers can be decoded thusly... In brackets, the
uploaders CIS ID number. The next line includes the file name and type
(the .SIM files are transmitted thru CIS handled as a BINARY file), date
of upload, file size (363 bytes), number of downloads.

This is the Lear Jet from FS4. It's been altered in such a way that you
can edit its design parameters with the "Aircraft Designer" option "I".
Your "edits" will not visually change the appearance of the aircraft but
they will effect its performance. A bit of experimentation will show that
they are working.

This is the Sopwith Camel from FS4. It's been altered in such a way that
you can edit its design parameters with the "Aircraft Designer" option
"I". Your "edits" will not visually change the appearance of the aircraft
but they will effect its performance. A bit of experimentation will show
that they are working.

A sorry rendition of a bat plane due to FS-4's inability to do curves.
The aircraft is rather unique, however, and is reasonably well behaved.
Another strange aircraft by E.J. Peiker


This is a prototype, and I repeat PROTOTYPE of a canard aircraft. It
flys well below about 350 knots, just remeber that up/down control is
reversed because of elevator position. ENJOY!
Darin Phillips
71600,1502

A very powerful Cessna variant with STOL properties. 2000RPM level cruise
is approximately 150 knts, full power cruise is about 180 knts. This
plane can climb vertically after take off. Visible moveable surfaces have
been retained from the default aircraft. Aircraft name will appear as
Cessna Steroid Cruiser in the aircraft selection menu. Upload by E.J.
Peiker

Faithful reproduction of a Cessna 172 for Microsoft Flight Simulator 4B.
External movable surfaces have been retained while aircraft perameters
have been changed to accurately reflect a Cessna 172. Note that this
aircraft is less powerful than the default Cessna 182RG and it has fixed
landing gear. All weight and capacity parameters have also been accurately
updated. Upload by E.J. Peiker

A very close clone of the Cessna 182, so you can paint it yourself. Flies
so similarly, you can switch from the 182 to "Skyline" in flight without
problems. Designed and uploaded by Charles Gulick. Let me know how you
like it, please!--CG

This is the Gold's Special 300hp Biplane. It's a 300hp aerobatic stunt
plane, capable of 160 knot cruise and 3000+ feet per minute climbs. This
was built using a binary editor and the sim4.sim file that comes with FS4.
Terry Gold

Improved version of the Mirage 2000 originally uploaded by Sam Perry.
Wing characteristics have been changed slightly to allow for more stable
flight without significantly altering the aircrafts appearance. Specs
have been somewhat changed to more acurately reflect a real Mirage 2000.
Upload by E.J. Peiker

This is the Flight Simulator equivalent of the Dassault-Breguet Mirage
2000.

A recreation of the jet plane used in Microsoft's advertisements for FS4.
This aircraft is quite unflyable but has been uploaded due to popular
demand by E.J. Peiker.

A power glider for FS-4. Take off with the engine on and fly to your
desired altitude, then shut the engines down and soar. Great for soaring
in areas without thermals or ridges. Upload by E.J. Peiker

A new and improved power glider for FS-4. SOAR-2 sports a slightly more
powerful engine then SOAR-1 to get you out of areas where the grass is to
tall such as Moffett Field. Some other minor modufications have been made
to improve the flight characteristics. Upload by E.J. Peiker

Third generation power glider for Microsoft Flight Simulator 4.0.
Achieves a level cruise of about 100 knts at full power (heavy trim
required) with just a 68HP engine. Turn the engine off and use it as a
glider. SOAR-3 will glide at about 40 knts with a 300 ft/min descent
rate. Full flaps stall speed is less than 20 knts. Must be landed with
engine at idle, off is preferred. Upload by E.J. Peiker

X-100 experimental aircraft for Microsoft Flight simulator. This
aircraft is a light, very maneuverable jet. It handles well at low and
high speeds and is great for aerobatics. It is also good looking and fun
to fly. Uploaded by Sam Perry.

A very fast, stable, and maneuverable jet for FS4 - designed by E.J.
Peiker. This plane will fly at 900 knts and can achieve very high
altitudes. It also has a relatively tight turning radius for a very fast
aircraft. The X-43 is the best jet I've flown on FS4, especially in
aerobatic maneuvers.

A slightly improved version of the original X-43. Improvements include
better slow flight and nose up characteristics and slightly better
elevator response. Upload by E.J. Peiker

X-66 Experimental Aircraft for use with Microsoft FS4. This is a highly
maneuverable, very fast jet design that can go to over 90,000 ft. Try
flying this plane in a straight up climb to gain altitude rapidly. Upload
by E.J. Peiker.

A new aircraft creation by E.J. Peiker for FS4. I call it the XR-72.
This plane has a triple tail delta wing configuration and has very good
lift characteristics. Flight characteristics are good up to about 350
knts. Do not fly this aircraft faster than 350 or you will likely crash.