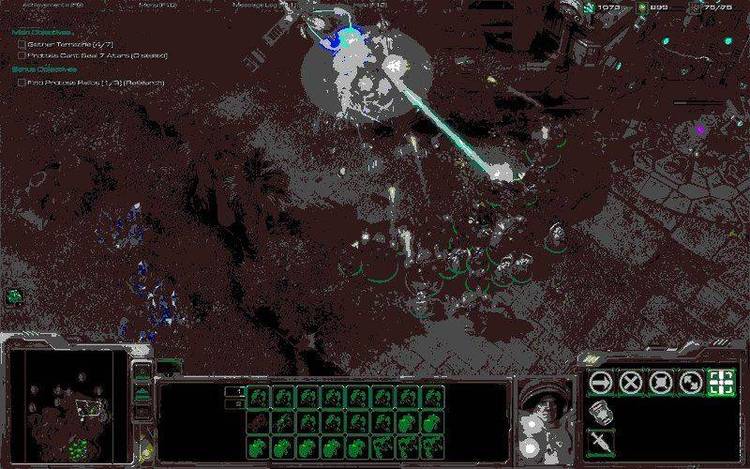 Contents of the EGABOMB.DOC file


EGABOMB.EXE is the Enhanced Graphics Version of an Artillery Combat game. It
takes two people to play (or one person with a split personality... like me).

*** Any PC compatible machine (but not IBMjr,
which has its own special screen modes
for multicolor graphics and is
weird to program for...)

Two players, each with an artillery position, fire shells at each other.
Each position starts out with 100 men, but every time you fire your gun
10 of your men desert because they can't stand the noise. The same thing
happens to your enemy when his gun is fired. There are two implication of
this: First, you only have 10 shots before your position is deserted;
second, the more shots you take to destroy your enemy's position, the less
credit you get, because there's less men to kill (due to the desertion
factor). So it behooves you to get a bullseye as soon as possible.

Each time one destroys another's position, a game summary is displayed and
you're asked if you want to play again. At the end of 10 games, the game
is automatically ended with a Final Statistics summary and the overall
rating of each position, indicating who won. Final ratings are determined
by a formula that weighs 1) The number of games won and 2) The total
casualties of each position. Almost always, whoever won the most
individual games will come out on top in the final ratings, but
not always!

The game action and keyboard use is fairly self-explanatory. The arrow
keys (adjust angle and speed) and the enter key (shoot) are all that's
needed to play the game itself.

In addition, F1 lets you reset a scene if the program gives you a
really weird one (happens every great once in a while), and F10 lets
you quit in the middle of a game. If you've completed at least
one game, F10 will display the Final Statistics summary
with whatever info is available at that point.

Each scene's layout is determined by seven different random factors,
including left & right elevations, mountain shape and size, wind factor,
specific artillery piece positioning, and other factors that guarantee
a unique and unpredictable situation no matter how many times you play.

Have fun, and if you find any problems, be sure to notify me so
I can check it out.

If you find yourself enjoying the game regularly and have a conscience,
send $5 ("Five dollars! Wow-- What a steal of a deal!") to show
that you support getting such fun games at such low cost!