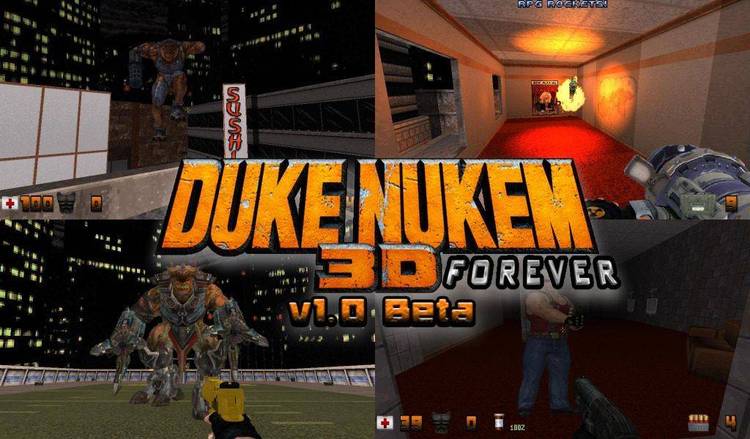 Contents of the DUKEMAP.DOC file


What is DukeMap?
DukeMap is a simple, yet effective, way of finding your way through the
fascinating and occassionally dangerous world of Duke Nukem. It works on
all three episodes and can display any level on the screen, or send the map
to your printer for a hardcopy version. I suggest that you first try the
game without any maps. Then when finished, or if you really get stuck, refer
to the maps and go back to explore areas that you may have missed the first
time through.


How to use DukeMap:
First, if you do not yet have a copy of Duke Nukem, get it!
Second, register your copy with Apogee Software!
Third, place DukeMap.EXE in your Duke Nukem subdirectory.
Fourth, type 'DukeMap' from the command line.

When DukeMap first starts it will attempt to load the first level of the
first episode, and if successful will display it on the screen. If you are
using the program on episodes 2 or 3, and have installed them in different
subdirectories, the program will probably display a blank screen since it
cannot find level 1-1. Press 'L' to select another episode or level to
display. If you are unable to load any levels press [Esc] to exit DukeMap
and verify that you are running the program from the appropirate directory.
You may use the arrow keys to scroll through the map since it will not all
fit on screen at once. You may also use Tab/BackTab/PgUp/PgDn to scroll in
larger increments.


The following symbols are used on the maps:


Press 'P' to print the current level. Please be aware of the following
limitations of the map printing routine:
The maps used in Duke Nukem are too wide to fit on 8 1/2 x 11 paper unless
compressed printing is used. Since there are numerous ways of activating
compressed print, depending on the particular printer that you are using,
DukeMap does not itself activate compressed mode before printing. It will
therefore be necessary to manually set compressed mode on your printer. A
setting of 16.67 characters per inch will be sufficient. If you are using
a wide-carriage printer you need not change to compressed mode, the maps will
fit perfectly at 10 cpi.
Since DukeMap prints the maps using text characters, which are not square,
the aspect ratio of the maps will be distorted - they will appear to be
taller than they actually are. This problem is more noticeable on narrow-
carriage printers.

1. The only problem that I am aware of with DukeMap is that certain
teleporters in the game do not show up on the maps.


2. Although editing features would have been an easy addition to this
program I chose not to implement them. Apogee Software has done a wonderful
job with this game and I do not wish to infringe upon their intellectual
property. I strongly recommend that you register your copy of Duke Nukem
and support this fine team of software developers. If in the future Apogee
indicates that they would not object to a third party level editor then
perhaps I will update this program to include editing at that time (and
maybe even improve the printing routine!).


3. Rumor has it that Apogee will be releasing an update to Duke Nukem in
December, 1991. It is unlikely that the current version of DukeMap will work
on the new levels. If they do not significantly change the format of the
levels it should be possible to modify DukeMap to accommodate them also.