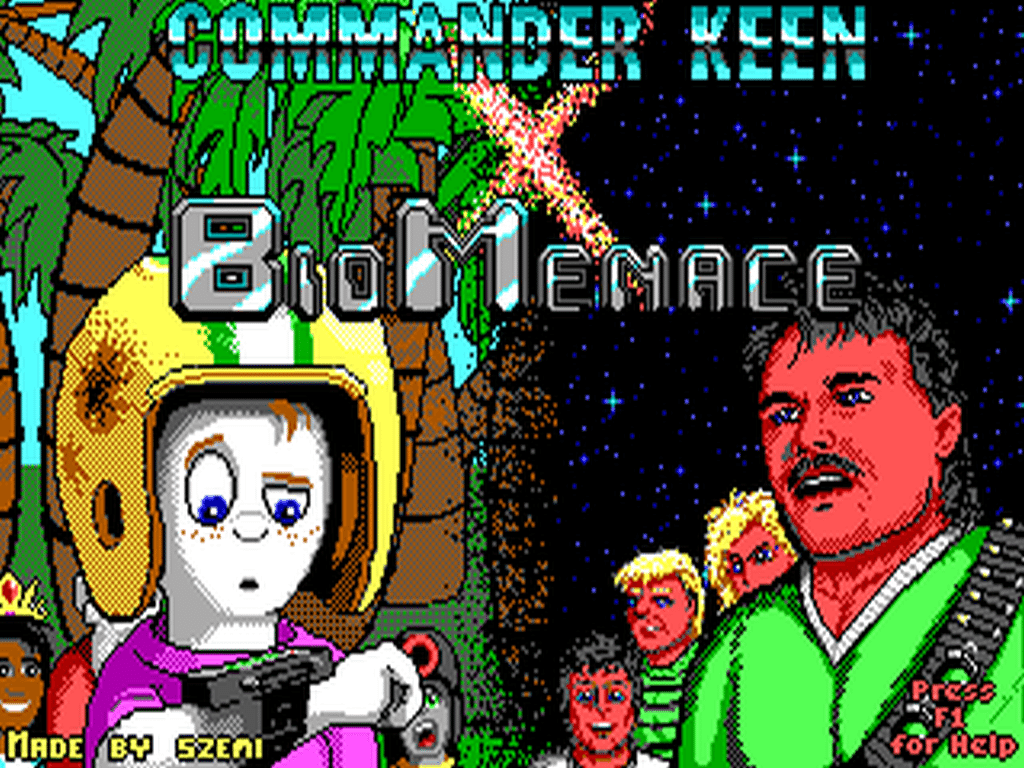 Contents of the DSBIOHNT.TXT file


This one was supposed to become a Quick Dox, but I made a HintBook out of it.
Hope you will enjoy it.


Well...here we go again..Earth is invaded again by some hidious creatures.
This time they area in Metro City. 1000 people already died and the CIA
decides to do something about it. They have many suckers in their force,
but mission requires a special fool...And guess what..ITS YOU..

You are Snake Logan and your mission is to save metro city and the entire
world. Naturally there is a genius behind all the monsters. And this time
he`s called DR.Mandle, he used to be a famous scientist specialised in turning
bugs into monsters. And he uses his monsters to take over the world.


All you need are the following keys :

If you dont like this combination, just select setup and change them.
Or play with a mouse or joystick.


a> The game is devided in levels (so whats new). Your job is to find
the exit to continue to another level.

b> In order to get to the exit, you need a GARB Crystal (or whatever they are
called) You must search the level for them.

c> You will find many doors in this game. Some open by pressing the UP-key,
others first need a key. Just find a key (golden color) and try using it.

d> To exit a level you must free a hostage. But to free one of them, you need
the GARB-Crystal to de-activate the force-filed which captures the hostage.

e> After you had some nice shitchat with the hostage you can try finding the
exit.

f> Make sure you find weapons and objects to easy your quest through the game.

g> And dont forget the hundreds of monsters whcich will try to terminate you.


In the game you will find many "hint-boxes". They explain what to do
in the game. I know that none pays attention to these messgaes, so I just
wrote them down for you. This saves time in finishing the game.


There are many monsters in this game. I playes the game on easy level. So I
dont know if the other levels contain different monster, just like APOGEE
did in Commander Keen 6, but I think the following list is accurate enough :

Purple Slimer : The first creature you encounter. It aint very strong.
2 bullets and its a goner. But whats out. He can jumb when
you dont expect it.

Green Moron : 2 legs, its green, its ugly...So the basic monster. Its more
powerfull than it looks. So beware.

Red Devil : This ugly thing can turn itself into flames. You can only
kill it when it is none-flaming.

Tool-Man ? : Sits quitly and only attacks when you come near to him.
You can only shoot at it, when he is moving. Or use
a special weapon to take him out.

Giant Gremlin : Large ugly creature. Looks strong, but he is very weak.
Just get close and keep firing at it..

Blue Snake : Dangerous beast. Shoots blue things at you. One of the
stronger beasts in the game.

Critters : From the movie...Nasty black creatures...Duck at shoot to
take them out.

Green Slime : Little beast...Dont touch it, just use a special weapon,
or stay away.

SEWER MONSTER : Its green (offcourse it is green). It throws some green
filth at you, but it aint to dangerous (when you have a
special weapon).

Dripper : Sits on the ceiling and shoot something. Take them out
by shooting and jumping at the same time.

Robots : Funny creatures. Not very dangerous. But dont get to close.

Like all apogees there are hidden rooms and special things in them.
Here are some:

level 4 - second floor at the elevators. You can find a hidden room
and a COLOR-SEQUENSE. Search for a color-box (5 colors)

level 7 = there are 2 ways to the Skullman. GO UP to collect granades. Then
use the elevator to go up at the other direction. THen kill
the skullman. He will drop a crystal which you need to exit.


It was a nice game, but to bad of the SHARE-WARE protection. It sure was
enoying to wait after every level. Hope some group removes the delay and
releases it.