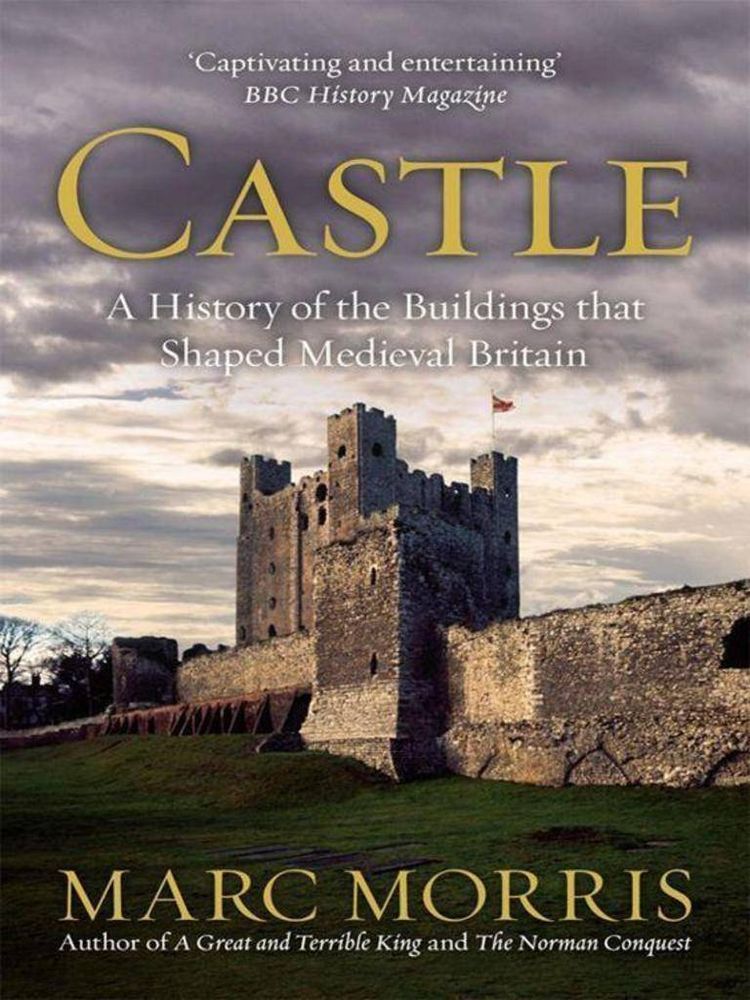 Contents of the C&K.DOC file

Designed and Written by Steve Hanson

This is a user supported program, intended for non-commercial use
only. You are encouraged to copy and share this program with others
in unmodified form. If you enjoy this product, a donation of $8.00
would be appreciated. With your support, I will release enhanced
versions of CASTLES & KINGS, C&K MAPMAKER a specialized program
allowing players to construct their own gamemaps, and other quality
fantasy role-playing and wargames for MS-DOS machines. Whether or
not these programs are released to the public domain in the future
is entirely up to each of you.

CASTLES & KINGS was playtested quite thoroughly, but as with any
new program, bugs can creep in. Please report any such bugs (heaven
forbid) so that I can correct them as soon as possible.

My next project, already well into the coding stages at this point,
is a fantasy game called GANDALERA. If user support is forthcoming,
watch for it in the near future. I dont think you'll be disappointed.

As with any Public Domain program, check for TROJANS before
using. I cannot be held responsible for any damage or problems
to your system arising from use of this program. You never
know when some degenerate will modify a program with the intent
of hurting someone else, so take precautions and dont let that
someone else be you.

Note - For the sharpest viewing of gamemap colors, adjust
the brightness and contrast of your monitor to the
desired setting.

The following files should be present as of this version:

Please do not modify these files unless for personal use.

After booting MS-DOS, simply type C&K at the DOS prompt and then
press RETURN.

Those of you wishing to create a self booting floppy disk for
CASTLES & KINGS, follow these guidelines:

Step #1 - Format a blank diskette using FORMAT A: /S command
Step #2 - Copy all unarced C&K files from C&K.ARC to the diskette
Step #3 - Rename C&K.BAT to AUTOEXEC.BAT on your diskette
Step #4 - Reboot your computer and C&K should now selfboot

D) Object of the Game:

The object of CASTLES & KINGS is to become the sole Ruler of the
Realm. This is done by eliminating other contending Warlords and
uniting the Kingdom under one Rule. This is not an easy task, as
it requires players to use strategy, deception, and constant back
stabbing to reach their goal. Sounds like fun eh?

When CASTLES & KINGS is booted and the title screen is displayed,
players have one of two options:

NEW ------ This option takes the players to the initialization
screen, where they may select their gamemap and enter
their names.

Note that there are three different gamemaps to play
on as of this version. Each requires substantially
different strategy on the part of the players, the full
scope of which can only be determined by experimentation.

Also note that the order in which the players enter
their names determines the sequence of play. Yellow goes
first, White second, Blue third, etc.

After players select the gamemap and enter their
names, the appropriate map will be displayed and the
players will be prompted as to which neutral keep on
the map shall become their starting castle. Note that
the last player in game sequence selects his castle
first. Cursor movement and directional commands
throughout the game are controlled by the arrow keys
on the keyboard. Diagonal directions are allowed, with
PgUp key being NorthEast, PgDn key being SouthEast etc.
Make sure that the NumLock key is OFF on the keyboard.

Note that all players start with 50 crowns cash which
is displayed by FUNDS on the gamemap.

RESTORE -- This option restores the last saved game. Note that
as of this version, only one game may be saved at a
time. Thus, whenever the save option is invoked, C&K
writes over any other previous game in the save file.

CASTLES & KINGS is played in a series of 5 phases. Players take
turns going through all phases. The following is a list and brief
description of the 5 phases:

INCOME phase ----- Players collect their income for round

The following are some rules that apply to all phases of game play:

- No player may command more than 200 armies or warships on the
gamemap at one time. This is necessary to maintain the 256k
limit put on the game. Never, in any playtesting did one player
ever exceed even 35. Any player attempting to exceed 200 units
will be prevented by the computer from doing so and buzzed. This
restriction limits total troops possibly owned to about 2000.

- Neutral units are deplicted as GRAY colored units on the map

- Any Warship or City with no troops occupying it, becomes a
neutral unit. Neutral units are easy game to any player who has
the troops to claim it as their own.

- Neutral units can by annexed using the following methods:

- No unit may contain more than 9 total troops at any given time,
regarless of the type.

- The (S)can option which is available during all player phases
allows players to assess the strength and capabilities of any
unit on the gamemap. Attempting to scan empty terrain will
result in a rather annoying buzz by the computer. The following
information is displayed on the screen:

- The (E)nd option which is availabe during all player phases
simply ends the current phase and proceeds to the next phase
of the player's turn.

- When one player eliminates another, all FUNDS owned at the time
of death by the defeated player is transfered to the conqueror.

- During game play, no player may possess more than 9999 FUNDS at
any given time. Any excess during collection phase etc. is lost,
so be careful you misers out there.

- CASTLES & KINGS will perform a maximum of 9999 rounds. At that
point, the game is over. If you can't defeat the other players
in that much time, you've got a serious problem.

When the (D)ivide option is selected during the DIVISION phase, the
player is prompted to move the cursor to the unit under their
command that they wish to Split. This unit becomes known as the
mother unit. The player will be buzzed if they:

The player will then be prompted to select the direction in which
they wish to split the unit. The unit indicated or the new army
created in this area will become the child unit. The player will
be buzzed if they:

The player will then be prompted to select how many of each troop
type that they will transfer to the child unit. The player will
be buzzed if they:

Note that all child units at one time or another this round will
have their move factor for current round reduced by one. This
prevents players from "stealing" an extra move by dividing all
his troops to an adjacent area and then moving them during the
MOVEMENT phase up to it's maximum.

When the (M)ove option is selected during the MOVEMENT phase, the
player will be prompted to move cursor to the unit that they wish
to move. The player will be buzzed if they:

The player may stop the unit at any desired area by pressing the
appropriate listed key in the prompt or the computer will
automatically stop unit when it has reached it's max that round.
Any unit that has moves left can be returned to during the MOVEMENT
phase and moved up to their maximum for the round.

The following is the max movement factor of units:

When the (A)ttack option is selected during the BATTLE phase, the
player will be prompted to move cursor to the unit that will
attack. The player will be buzzed if they:

The player will then be prompted to indicate the adjacent area that
they will attack. Also note that the Status of the attacking unit
will be displayed at the bottom of the screen. The player will be
buzzed if they:

After player has selected their target, troop status for both units
will be displayed at the bottom of the screen. Each troop in unit
will be represented by the letter "I" for infantry, "C" for cavalry
or "N" for conclaves, followed by a number, which indicates their
resistance to destruction. Then further to the right, each will
have a certain "HDICE" which indicate the potentail damage that
the unit as a whole can inflict upon it's enemies. The attacker
may also notice a "-5%","-15%",or "-25%" even further to the right
than their HDICE score. this represents the attack penalty for
sieging keeps, castles, or citadels (Apply this to the Base Hit%).

The following is the combat data on various troop types:

* NOTE that CAVALRY fights and resists like INFANTRY under the
following conditions:

Also note that HDICE is defined as the number of 10 Sided Dice
rolled for damage in combat and subtracted from an enemy troop's
resistance. Damage is rolled ONE dice at a time, and any damage
in excess of an enemy troop's resistance for THAT dice in NOT
carried over to the next troop, but instead lost (Overkill).

A Unit's Troops take damage starting with infantry, then cavalry
and finally conclaves. For the sole purpose of giving any combat
unit a chance to eliminate at least one troop from an enemy unit,
the following rule has been added to combat:

AT THE END OF ANY COMBAT ENGAGEMENT, IF A VICTORIOUS TROOP HAS
TAKEN DAMAGE, THEN THERE IS A CHANCE PROPORTIONATE TO THE TROOP'S
DAMAGE vs MAX RESISTANCE THAT THEY WILL BE ELIMINATED ALSO. Here's
some examples to help you understand:

A conclave has eliminated 2 infantry after taking 15 points of
damage itself. Since conclaves have a 30 resistance, the chance
of being eliminated is 15/30 or 50% for that conclave.

A unit composed of 5 infantry has destroyed an enemy unit composed
of 3 cavalry. The victor suffered the loss of 3 of his infantry and
one of the remaining 2 has taken 3 points of damage. The chance of
that injured unit of infantry being eliminated is 3/10 or 33%

Note that this rule does NOT apply if the attacker aborts attack.

This phase is automatically performed by the computer. The
player's income is determined as follows:

A high income, however, results in INFLATION throughout the
Kingdom. Thus all game prices are multipled by an inflation
modifier determined as follows:

The inflation modifier is the same and applys to all players, and
is a critical factor in game play. Why? Because the player that
has an income that will raise the inflation modifier gets to go
into the PURCHASE phase and buy at previous modifier prices BEFORE
the new modifier goes into effect. This is very IMPORTANT in
determining who will win the game or gain advantage over the other
players.

This phase allows the players to recuit new troops, build new
warships, or fortify existing cities. The following is a breakdown
of the purchase options:

(I)nfantry ----- Unmounted Soldiers/Archers of the realm. These
are the weakest and cheapest of combat troops.

(C)avalry ------ Mounted Soldiers/Archers of the realm. They are
the fastest ground unit and strong combatants when
employed on land against cities and land armies.

co(N)clave ----- Spellbinders and Battlemages of the realm. They
are the strongest combat troop anywhere.

(W)arship ------ Allows for the travel of troops over water spaces
at a speed surpassing any other unit.

The Following is the BASE cost for each purchase option:

When purchasing any troop or warship, the player will be prompted
as to which city will supply the troops or build the warship. Thus,
any players that finds themselves not controlling any cities,
cannot recruit troops or build warships until they seize one with
their existing troops. Also note that warships may only be build by
a city adjacent to a water area.

Players will be buzzed during the purchase phase if they: