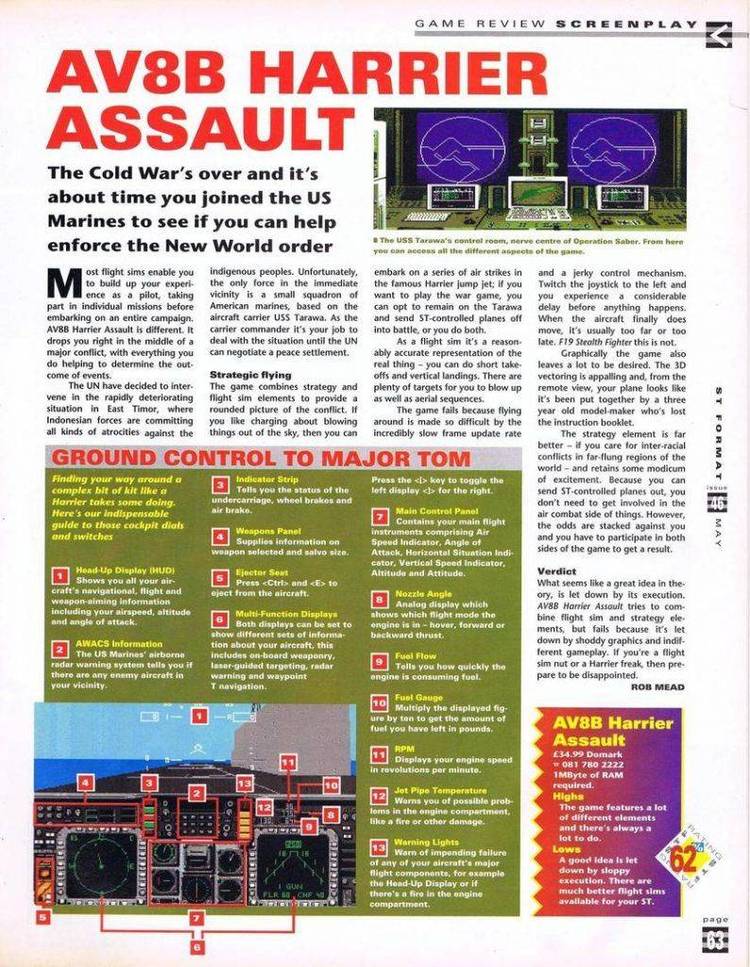 Contents of the CATALOG.DOC file

Buttons:
Buttons is a graphical mouse driven menuing system. It allows you to create icons to run programs and batch files, and to take you
to other screens of icons. Buttons has photo quailty wallpaper, and you can attach VOC files to icons and ontrols. Buttons can pass
command line parameters to progams you run. It will even prompt you for paramters to pass to a program. Buttons also has an instant
DOS command function. Start typing and a DOS prompt appears at the bottom of the screen. Hit return and Buttons executes the DOS
command. Controls are included for sound and colors. Buttons allows you 50 icons per screen, with an unlimited number of screens.
It has an icon editor, a wallpaper editor, and a text editor built-in. Buttons can import PCXs to SVGA wallpaper, and convert icons
and wallpaper from SVGA to VGA. Buttons is self-installing, and creates its data files on the fly as needed, making it virtually
crash-proof. Buttons is non-memory resident. Rated high on intuitiveness and ease of use by our customers. System requirements:
VGA or VESA SVGA graphics. Mouse. Soundblaster Pro required for VOC file playback.

PC/Breeze windowing system:
PC/Breeze is a windowing system for DOS. PC/Breeze provides a windowing environment similar to Windows or Geoworks. Menu windows
let you create icons and buttons to run your applications. Drive, Tree, and File windows let you browse your drives. ALL DOS
commands are FULLY menu driven via Dos windows. Built-in applications include: file viewer, editor, spreadsheet, database, graphics
editor, communications with zmodem, and autoscheduler. Built-in utilities include: calculator, analog, digital, and alarm clcoks,
ascii table, programming language, and an enhanced batch file language. PC/Breeze can run in single user or multiuser modes.
Multiuser mode provides accounts with passwords, access levels and email, drive, directory, and file locking, and security lockouts
on potentially dangerous features. PC/Breeze has many additional DOS commands such as format 2 drives, disk free space, disk usage
by directory in files and bytes, rename directory, remove non-empty directory including subdiretories, copy and move directories
across drives including subdirectories and files, directory size in files and bytes, and move file. PC/Breeze runs as a DOS
application. It is very easy to install, learn, and use, and runs FAST! PC/Breeze runs in text or graphics modes, and supports
mouse and joystick. PC/Breeze is a minimal 7K memory resident, and requires only 1 Meg of disk space. The install program included
with PC/Breeze automatically installs and configures PC/Breeze for optimal performance on your computer. All documentation is
online and built-in to PC/Breeze. Rated high in power and configurability by our customers.

BP70LIB Borland Pascal Library:
BP70LIB is a library of Borland Pascal 7.0 routines. The library consists of six units: generic, graf, graf2, graf3, winlib, and
bigarray. All units work in both real and protected modes. The generic unit provides routines for dos, mouse, conversions, files,
rebooting, text I/O including popup menus and message boxes, sound, joystick, math, grey keys, plus other miscellaneous functions.
The graf and graf2 units are a device independant virtual coordinate system graphics library with routines ranging from pixel and
fillpoly all the way up to edit file in scrolling window with unlimited file size. They also include routines for interfacing the
virtual coordinate system to the mouse, and mouse support for SVGA graphics. Includes buttons, bitmaps, savescreens, menus, numeric
keypads, dialog boxes, ascii viewer, and ascii editor. The graf3 unit provides drivers for EGA through 1024x768x256 VESA, and 10
fonts. All fonts and drivers are loaded and registered for you. The winlib unit is a windowing system library based on the graf
unit`s device independant virtual coordinate system graphics. It provides routines for windows that already scroll, move, resize,
etc. All you write is a procedure to draw the contents and a procedure to run when the contents are selected. The winlib library
handles everything else for you. The winlib features dynamic memory allocation, and is written using fast procedural code. The
bigarray unit contains routines for implementing arrays larger than the 64K maximum in Turbo Pascal. With the bigarray unit, you
may dynamically allocate arrays up to a maximum of 640K in size. System requirements: Turbo or Borland Pascal 7.0.

Tank:
Tank is a super PC version of the arcade classic tank battle game. Create a charater and take command of your Tank. Complete
missions to get better tanks. Become a squad commander and command multiple tanks and choppers at once. Tank features a high level
of combat realism with 18 types of offensive weapons, three types of defensive weapons, amphibeous and hover tanks, attack
helicopters, terrain effects and elevation, armor and hit location, fuel and ammo, and bases for resupply. Tank includes 10 types
of missions and has a campaign game mode. Built in charater, tank, and map editors allow you to create and play endless scenarios.
Tank can handle 1-4 players, human or computer. Both printable and on-line documentation are built-in to Tank. A real hit with
arcade game fanatics. System requirements: EGA or VGA graphics. Mouse.

Siege!:
Siege! is a mideval fortress construction and combat simulator. It is similar to Castles and kind of a cross between SIMCity and
Ancient art of war. In SIEGE! you build a fortress, levy taxes and raise an army. But from time to time, the enemy attacks and lays
siege to your fortress. Build your fort as big as you can, and don`t let the enemy capture your leader in combat. Siege! features
3D graphics, sound effects, a huge 12.5 screens by 12.5 screens playing area, and music tracks. This game had our beta-testers
skipping their lunch hours to play it. System requirements: EGA or VGA graphics. Mouse.