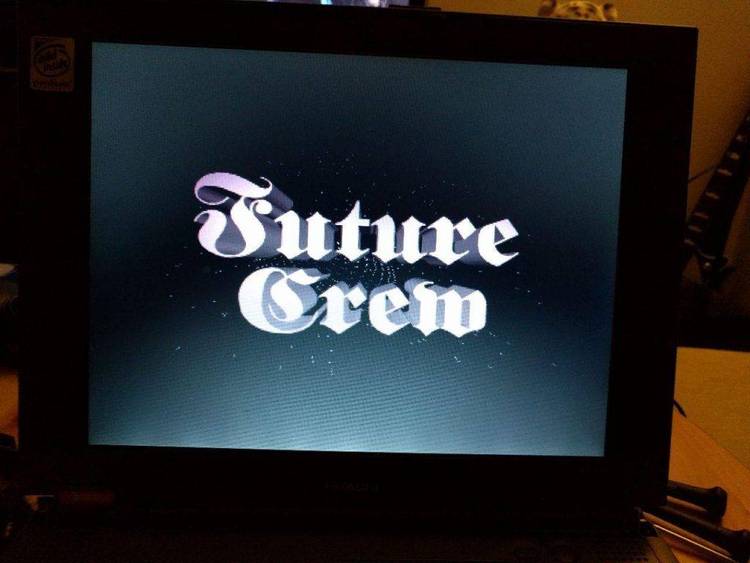 Contents of the CYBERBOX.DOC file

CyberBox is a game of thinking ahead. Given the simple challenge of getting
from one point to another, you will find yourself anticipating the effects
of every move you make in between. There are 16 levels ("rooms") for you
to solve. The object of the game is to solve each room in the minimum number
of moves, so as to attain the highest possible score.

To run CyberBox from the MS-DOS command line, switch to the directory
that contains the file CYBERBOX.EXE and type "CYBERBOX". If your display
is monochrome, type "CYBERBOX /m" instead. The "/m" switch forces two-color
output and will, of course, work on a color display. Regardless of whether
you use the "/m" switch, your machine must have a VGA adaptor capable of
640x480 display in order for CyberBox to run. EGAVGA.BGI must be in the
directory from which Cyberbox is executed.

CyberBox consists of sixteen (actually I lied; seventeen) unique "rooms." Each room is simply a 15x10
layout of boxes and blank spaces. There are several different kinds of
boxes; the title screen which you see when you run the program briefly
explains the function of each kind of box.

Press any key at the title screen to enter the first room. The robot which
you're in control of appears at the bottom center of the screen. Ok, so it
looks more like a small circle. It is a small circle. This circle can only
make four distinct moves: up, down, left, and right. Make these moves by
pressing the arrow keys (or 2,4,6, and 8 on the numeric keypad) in the
desired direction.

The object of each room is simply to get to the exit. The exit is the
passageway located above the very top center tile. Once you reach the
exit of a room, you immediately enter the next room. Invariably, you will
have to maneuver boxes in such a way that you:

1. avoid trapping yourself,
2. avoid losing access to the exit, and
3. do what is necessary to make the exit accessible.

Every room has at least one solution. However, it's easy for the actions of
your robot to make winning the room an impossibility. If you trap yourself
or lose access to the exit, you have no choice but to hit the "R" key to retry
the level from the beginning. The computer will not tell you when you are
trapped: this drawback is not only a hard thing to correct in the program, but
it adds challenge to the game. When you discover that you cannot possibly get
to the exit passageway during a level, hitting "R" will give you another shot.
Be careful, though. You only have 5 attempts. The number of remaining
attempts is displayed at the top of the screen.

Experiment with the sliders and blockers in the first level to get a feel
for the game. The boxes are described in detail below:

SLIDERS: Sliders appear as boxes with arrowheads pointing in various
directions. These boxes can be pushed out of the way by your robot if
there's nothing preventing this from happening. There are three kinds
of sliders: up/down sliders (yellow), left/right sliders (blue), and
up/down/left/right sliders (green).

BLOCKERS: Blockers appear as red X'd out boxes. These can not be pushed,
and furthermore nothing can be pushed into them. The walls which surround
the 15x10 room (except at the exit) act like blockers.

PUSHERS: Pushers appear as cyan boxes with inscribed triangles. These
boxes make the game more dynamic; they are the only boxes which can move
themselves. They exert a constant force in the direction that they point.
If it is possible to push the block to which a pusher points, it will do
so. Otherwise, it will act like a blocker in that it cannot be moved nor
pushed against by other blocks. Sound confusing? Pushers do not appear
in the first few rooms. Once you've encountered them you'll understand
how they work.

ZAPPERS: Zappers appear as purple boxes with inscribed triangles with
inscribed circles. These boxes act as blockers, except that when you
approach them from behind (the base of the inscribed triangle) and push,
you will be transported instantly to the square in front of the zapper IF
IT IS EMPTY. These do not appear in the earlier rooms.

SELECTORS: These are perhaps the most confusing boxes, but they're not
that bad. They appear in the later levels as white frames. Selectors
cannot be pushed by your robot, but CAN be pushed by other blocks. In
order to move them, then, you will have to use sliders. Normal selectors
can be walked through by your robot as if they were blank spaces, but
others (X'd out white frames) cannot be walked through and act like
blockers in this sense.

You can move more than one box at a time only if every box in that series of
boxes can be legally moved. Experiment. You'll get the idea. I hope.

1. Boxes cannot be pushed into the exit passage. It's too
small, see?
2. Only you (the robot) can be transported via the zappers,
not other boxes. Similarly, only tokens can go through
normal selector boxes. And remember, the space in front
of a zapper must be free in order for you to be able to
use it.

The game ends when you

1. finish the sixteenth (actually seventeenth) room,
2. run out of attempts, or
3. hit the ESC key to quit the program.

At this time you will be presented with a score report. You earn 200 points
for every room completed and 50 points for every attempt you had left when
the game ended. For every single move you made during the course of the
game, valid or invalid, a point is subtracted.

You can therefore maximize your score by finding the absolute shortest
path for each room. My highest score is 2492, but I think it's possible
to score as high as 2500.

This game can be distributed freely and played free of charge. If you like
it, however, I wouldn't mind a small donation for the effort I put into
writing the program and (ughh!) in making the levels. I say "ughh!" because
making the levels was by far the more time-consuming of the two projects.

I'm going to be a freshman computer science major at the University of
Illinois (Urbana) in roughly two weeks. A donation to the following
address will make photocopying that much easier! 🙂

A donation of $3 or more will get you:

1. the latest version of CyberBox;
2. another, smaller, less significant VGA puzzle game I
made called "Gripple";
3. the source code in C to each of these programs. This
will allow you to edit your own CyberBox levels if you
have Borland's Turbo C++;
4. a sheet with the shortest solutions to each of the
current CyberBox levels;
5. information on how to cheat; and
6. notification of any other programs I write while at the
U of I. Hopefully it'll be better than this.

Please specify 5.25" or 3.5" disk format when you donate. If you don't want
to donate, please consider sending comments to the address above or to my
father's mailbox on GEnie, H.BEEFERMAN. Thanks!

Turbo C++ is copyright (C) 1990 by and is a registered trademark of
Borland International, Inc.

CyberBox is not copyright (C) 1991 by Doug Beeferman and is not a
registered trademark of anyone. Steal it freely. It's a stupid name.