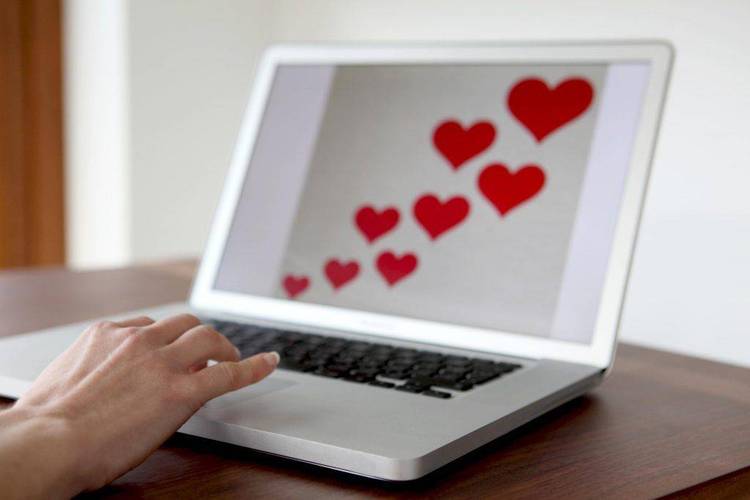 Contents of the CP.DOC file

Cribbage Partner is a realistic representation of the popular and
entertaining game of cribbage. The program requires only 128 K and
runs on the IBM PC/ PCjr/ XT/ AT and compatibles. Color and
monochrome options are provided. No color/graphics adapter is
needed, and BASIC is not required. Following is an explanation of
the features and playing options of Cribbage Partner plus a summary
of the Rules of Cribbage.

Cribbage Partner substitutes computer simulation for the cards,
pegs, and board of an actual cribbage game. Shuffling, dealing, and
bookkeeping are done automatically, so you can concentrate on the
strategy and (if you like) the scoring aspects of the game. A number
of features are explained below which can make the game more
enjoyable and easier to follow if understood.

The number of options might seem a little overwhelming at first,
but don't worry - Cribbage Partner will select default options for
anything you don't want to bother with, and you can always change
options during the game. Nevertheless, you might want to print out
this file to have for reference the first few times you play.

Starting the Simulation: Type "CP" at the DOS prompt.

Scoring Messages: Whenever points are scored by either player, a
short message is shown which explains the scoring. There is never
any doubt about where the points come from on any play.

Replaying a hand: When each hand is finished, you have the
chance to replay the same hand again and try out different playing
strategies. When you replay a hand, all points and pegs are reset to
their places at the beginning of the hand, and the same cards are
re-dealt to both hands.


Playing Options: Several options are available. In all cases
except the Demonstration, you play against the computer. When the
simulation begins, Cribbage Partner will ask you to pick one of the
options outlined below. However, you are free to change back and
forth between options as desired during play by pressing one of the
Function Key "toggle switches". Options currently in effect are
always shown on the screen. At the start of each new game and at the
end of each hand, Function Keys which can be used to toggle alternate
options are displayed along with a message informing you that changes
can be entered.

Demonstration: Under this option, the computer plays both
hands and does all the scoring, with no input from you during the
game. All cards are shown face up so you can follow the playing
strategy. If you are new to cribbage, or have been away for a while
- or just to see how Cribbage Partner works - you may want to run the
Demonstration a few times. (No two runs are quite the same.) The
only options which you can choose during the Demonstration are the
"Prompt/Pause" option and the "Game" option, which are explained
below.

Automatic Scoring: In this option, you decide which cards
to play during the game. However, the computer takes care of all the
scoring (as in the Demonstration) so you can concentrate on making
the plays.

Manual Scoring: You do all of your own playing and
scoring. Each time you play a card, Cribbage Partner will ask you
for the number of points you scored on that play. Simply type the
appropriate number and hit "Enter", or just hit "Enter" if no points
were scored. If you make a scoring mistake, you will see a message
with the correct figures. If you don't claim all the points you
earned, you won't get credit for them. Also, you won't get credit
for more points than you earn, regardless of what you claim.

Muggins: Everything works the same as in the Manual Scoring
option except the computer will add to its total any points you
scored but failed to claim. Most experienced players use Muggins all
the time - it's a good way to "keep on your toes".

Prompt/Pause: In the "Prompt" mode, Cribbage Partner will
prompt you to press a key before continuing play after each score.
This way, you will be sure not to miss any scoring explanations.
Another mode is available which precludes the need for you to press a
key after each score. In the "Pause" mode, Cribbage Partner will
pause one second after each pegging score and two seconds after
scoring each hand, then will automatically continue on its own. (You
can "freeze" the action for as long as you like at any time by using
your computer's "pause" button, e.g., the Ctrl-NumLock combination.)
At the end of each hand, Cribbage Partner will always ask you if you
want to replay the hand or continue play normally.

Game: At your choice, the total number of points required
to win a game can be changed between 121 (traditional) and 61 (short
game).

Quit: To quit a game altogether, press the F6 key. You
will be returned to the DOS prompt. To begin a new game, type "CP".

Finally, you should know that Cribbage Partner "peeks" at your
hand only to insure that no improper plays are made during the game.
Rest assured that the computer doesn't "remember" what cards you hold
when making its plays.

F4: Program will Prompt for a response from you after each
score or will Pause for 1 - 2 seconds before continuing
play automatically

Cards: In cribbage, a standard pack of 52 cards is used. The
King is the highest and Ace is the lowest ranking card of each suit.
For scoring purposes, all face cards count as 10 points, Ace counts
as 1 point, and all other cards count as their numerical value.
There is no rank distinction among the 4 suits.

Cribbage Board: The cribbage board is a unique feature of the
game and is the means of keeping score as play progresses. The board
used in Cribbage Partner consists of a track of 120 holes for each
player. The computer's track is the "outside" track and yours is the
"inside" track. (Both are labelled on the screen.) Pegs are used to
show each player's score throughout the game.

Note that at any time during play, each player's front
peg will show his total score, and his rear peg will show his score
at the end of the previous hand. The difference between the front
and rear pegs shows the number of points scored during the hand in
progress.

Deal: The first game is started by each player drawing a
card from the deck. The player who draws the lower-ranking card is
the first dealer. After each hand is played, the deal alternates
back and forth between players regardless of who won the previous
hand. The game continues until one player scores "Game" (a total of
61 or 121 points). The first deal of a new game goes to the loser of
the preceding game.

Play: The dealer deals 6 cards to each player. Each player
must discard 2 of his 6 cards into the "crib". The crib belongs to
the dealer of that hand and adds to his score as will be explained
later. Consequently, the dealer tries to discard helpful cards to
the crib while the non-dealer tries to discard worthless cards. (The
crib remains face-down until all other cards have been played and
scored for the hand.)

Next, the dealer turns up the "Starter" card from the deck.
If this card is a Jack, the dealer scores 2 points for "His Heels".
The Starter is not used during play, but will be used for scoring by
both players at the end of the hand.

The non-dealer leads each hand by playing a card. Players
alternate playing cards, trying to score points as will be described
later. The running total of cards played for each round (counting 10
for face cards, 1 for Ace, and the numerical value for all others)
is important to know and is always displayed at the bottom of the
screen in Cribbage Partner.

The running total is then reset to zero and a new round is
started.

The player who entered "GO" during the first round starts
the new round by playing a card from those still in his hand. The
cards played during the first round are disregarded during further
play (Cribbage Partner erases them from the screen to avoid any
distraction). Again, play alternates back and forth until another
"GO" is reached or until all cards in both hands are played. Note
that the player of the final card of the hand always scores a "GO".

Scoring During Play: As mentioned above, players score 1 point
for a "GO" or 2 points for reaching a running total of 31. Other
ways of scoring points during play include the following:

Fifteen: Playing a card which makes a running total of 15
scores 2 points.

Run: Playing the third or higher consecutive card of a
sequence scores 1 point for each card in the sequence, regardless of
the order in which the sequence was played, and regardless of the
suits of the cards played. For example, a sequence of Q-10-J-K
scores 4 points. However, the series 2-3-3-4 is not a run at all and
scores nothing.

Note that in making pairs, runs, and fifteens during play as
just described, both players' cards are counted and not just each
player's own cards.

"Muggins": Players may choose to play "Muggins" during the
game. When Muggins is in effect, either player adds to his total any
points which the other earned but failed to claim.

Order of Scoring: After all cards of a hand are played, the 4
cards in each hand and the 4 cards in the crib are scored as
described below. The non-dealer scores first, using the 4 cards from
his hand plus the "Starter". Then the dealer scores his 4 cards plus
the Starter. Finally, the dealer scores the crib, again adding the
Starter to those 4 cards. The above order of scoring is important,
as it can affect the winner of a game; Cribbage Partner will always
insure the correct order of scoring is followed.


Scoring Hands: Points are scored for each hand as follows:

His Nobs: The Jack of the same suit as the Starter counts
1 point.

Fifteen: Every combination of cards with a total value of
15 scores 2 points.

Pair, triple, and double pair: Every combination of two
cards of the same rank scores 2 points.

Run: Three or more consecutive cards in a sequence scores
1 point for each card in the run. Suits are immaterial.

This disk copy provided as a service of

We are not the authors of this program, nor are we associated
with the author in any way other than as a distributor of the
program in accordance with the author's terms of distribution.

Please direct shareware payments and specific questions about
this program to the author of the program, whose name appears
elsewhere in this documentation. If you have trouble getting
in touch with the author, we will do whatever we can to help
you with your questions. All programs have been tested and do
run. To report problems, please use the form that is in the
file PROBLEM.DOC on many of our disks or in other written for-
mat with screen printouts, if possible. The P(s)L cannot de-
bug programs over the telephone.

Disks in the P(s)L are updated monthly, so if you did not get
this disk directly from the P(s)L, you should be aware that
the files in this set may no longer be the current versions.

For a copy of the latest monthly software library newsletter
and a list of the 1,800+ disks in the library, call or write