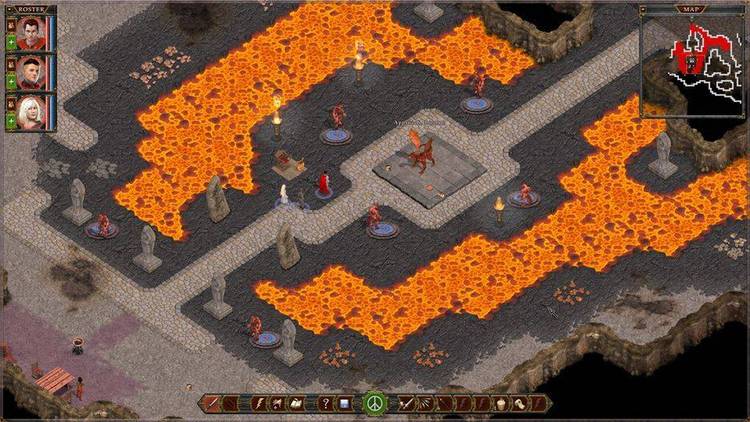 Contents of the CELL.DOC file

Welcome to Cell Quest! One of the few games that takes place on a
microscopic scale, within the human body! There are several key concepts you
will need to be familiar with before proceeding.
There are 12 enzymes in the game, each with it's own purposes and effects.
Certain creatures can only be killed with very specific enzymes. You will
have to try doing various things with each one to figure out exactly what it
is for.
Some enzymes protect you from a certain type of creature, in which case
you need not select it. Simply possessing the enzyme is sufficient. However,
to fire at other creatures, you must select the enzyme you wish to use.

Hint: At the very beginning of the game, go left.

At various times in the game, what you are supposed to do will be quite
obvious. Someone will tell you precisely what you need to do. And once that
task is complete, you may have no indication as to what to do next. But don't
throw in the towel, it's part of the fun! Think about who appear to be the
main characters, and which ones you've recently talked to, and who has
managed to help you so far. Generally, the characters in the main body
(including the head) will each help you at least once. About 90% of all
of the characters in the game actually serve an essential purpose, but
what they do, and when you need to talk to them, are the important questions.


Everytime you die or quit the game, you are given a pass-code through
which you can return to where you left off. When you use the code, you
will always appear in the head, but all of your belongings, and all of
the plot counters will be the same as before.

To use the pass-code, you neeed to run CELL.EXE with the "P:" parameter.
For instance, let's say you get the code "AAAAZAAAA", then to use it you
would type "CELL P:AAAAZAAAA". There may be no spaces between P: and
the code.

This game was designed on a 486-33 DX. It will run fine on high-end 386
DX's. It may slow down a little on lower end 386 DX's. The speed on 286's
and 386 SX's will quite low, but still playable. Try turning the timing
off during the game. If there is no speed increase, then your computer is
either too slow to keep up, or it is just barely fast enough.

This game supports AdLib music and sound effects. To use AdLib sound,
you will need to use the "/A" parameter. If you don't want AdLib sound,
and instead use internal speaker, you will have to use the "/NA" parameter
(type "CELL /NA"). If you don't want music or sound at all, use the "/NS"
parameter. If you don't use any of these parameters, the game will ask you
what sound options you want. The sound seems to work smoothly on the Gravis
Ultrasound, Pro-Audio Spectrum, SoundBlaster, and the Adlib itself. Dashes
("-") may be substituted for the slashes.

This program is being distributed on the "shareware" concept. It is by
no means completely free. If you think the program is of use to you, please
send a registration fee of $8. If you think that is rediculous, then send
less (or more for that matter). If you hate the program or found too many
bugs, write me and tell me, and include a graphic explanation (but don't
be too harsh!! Heheheh). In any event, write to:


And WHY should you register it?
1. To support my continuing efforts to bring you some level of
functional programs. If I get no cash, you get no improvements
in these programs, and I won't be encouraged to make new and
better software!
2. To get that warm glow for knowing that you supported the author
of at least one of the many shareware programs you probably use.
3. To find out if there is a newer version. All you need to do is
ask! But letters with money take priority!
4. You could be sick and demented and thus register everything you
get your hands on.
5. To *maybe* get discounts on future sequels. I say "maybe" because
I never know this far in advance just what I will make, or
how much I will charge for registration.

This program is provided "AS IS" and I make no gauruntees about it's
performance. I will not be and can not be held responsible for any damages
incurred during or as a result of it's use. It's on a "use at your own risk"
basis. Nothing at all should happen, the program is harmless, but I have to
say it anyway.

This program may be freely distributed (which is actually encouraged)
AS IS. No one may modify this program in ANY way. ESPECIALLY where names
and credit is given, and INCLUDING all the documentation and data files.
It may NOT be used for comercial or profit-turning ventures of any kind,
including sale by disk vendors, without the written consent by ME, with
ONE exception. Disk vendors MAY sell it without my written consent ONLY
if they charge no more than $5 higher then the cost of the disk, AND they
register a copy first. NOTHING may be added to it either. NO BBS ads are
allowed EXCEPT as zip comments, or as a single SEPERATE text file.

[ Keep and eye out for these programs on your local bulletin boards! ]

T-Robots v2.1 : =(one of my masterpeices) T-Robots is a system in
which you program robots to fight one another. It
uses a simple programming language, and you create
the programs with your favorite text-editor. Great
for competitions! Supports VGA, EGA, CGA, MCGA,
Hercules, and many more graphics devices.

Binary Armegeddon : =Presently on version 1.40, in this system you write
programs to battle one another in memory. Very similar
to Core Wars, and requires VGA.

Dragon's Domain 1 : =A graphic adventure game. The first in the series.
Each sequal also brings improvements to the graphics
and the interface. The entire Dragon's Domain series
was designed as a nostalgic simple game system for
those who have played ADVENTURE on the old Atari game
systems.

Dragon's Domain 2 : =The story continues, and the challenge gets more
challenging! This is the authors favorite of the
four, in terms of entertainment value.

My-Gags set 2.3 : =A set of small gag programs that I have made. They
are designed to be placed in the autoexec.bat file.
Over Half of them are TSR's, including one that
creates "line-noise" through the keyboard buffer,
one that beeps occasionally, and one that keeps
changing you caps-lock/numlock/scroll-lock.

Quick-Quotes 3.2 : =Generates silly random quotes and text. You can have
it do a "quote of the day" when you boot your computer,
or a quote for when someone logs onto your bbs, or
you can generate megs of nonsensical text. Completely
configurable vocabulary and sentence structures.

Ramble v1.0 : =Ramble combines all the elements of Nonsense and
Quick-Quotes into one full-color real-time
environment where you can set the priority and
influence each time of sentance generator has
on the output. Ramble is better than the sum
of it's parts (blab and Quick-Quotes)!