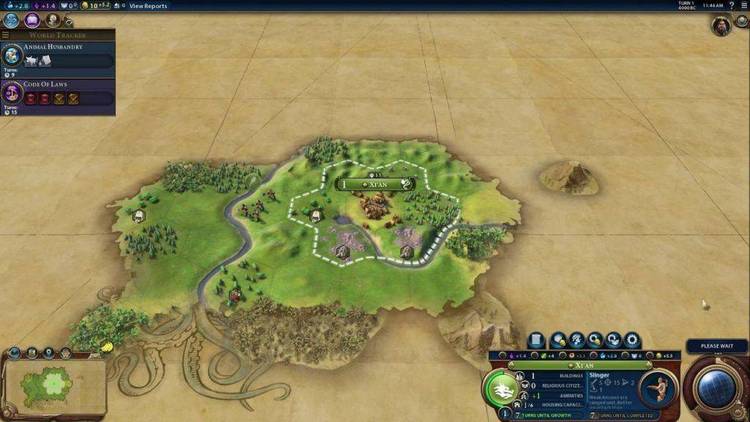 This is pretty simple: I was getting too frustrated learning Civilization,
and so I wrote a program to cheat in it. What CC (Civilization Cheat) does
is add money to your "bank" in a saved game - $30,000 to be exact - so you can
concentrate on things like combat, etc. If you have some city improvements to
be made, just buy 'em. It's a free country (at least in my games).

I also found various other things I can change around in the save format,
but for right now I'm too lazy to write a full-blown menu driven cheat program.
Maybe if I get a lot of requests for it (I have a sneaky suspicion that the
game has some cheat modes built in anyway).

I included the source code in case anybody is paranoid about what I might be
doing. Surprisingly enough (for me), considering the fifteen minutes or so I
spent on the program, I think it's pretty much ANSI compliant. So if future
versions of Civilization come out for other machines, you should be able to
use this program (except you might have to reverse the LSB/MSB order on a
68000 machine - just reverse the value of the two lines that read
memarea[ culture_number ]=XXX and that should do it, assuming that Microprose
goes with the popular little endian/big endian system of the processor).