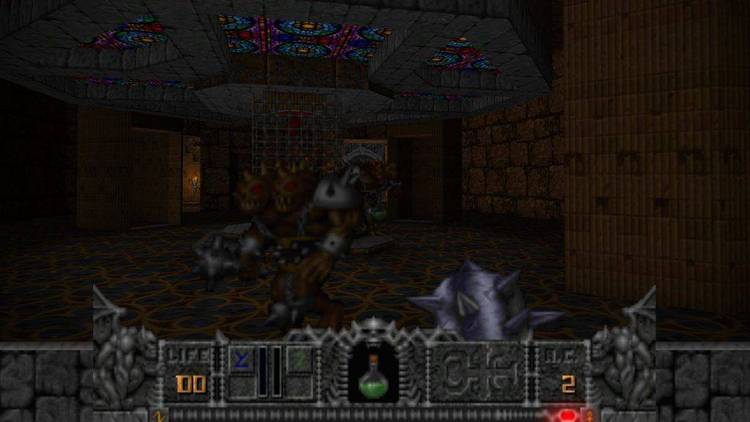 Contents of the CANASTA.TXT file


Canasta is a card game which was developed in South America
and was imported to the United States in 1948. It was known
originally as Argentine Rummy, and supplanted both Gin Rummy
and Bridge as the most popular card game in the U.S. for some
time after its introduction.

Canasta is played with two standard decks of playing
cards, including the Jokers, to comprise a 108 card playing
pack. 13 cards each are delt to two players, 11 cards each if
more are playing. Then the playing pack is placed face down in
the middle of the table to form the stock and the top card faced
next to it to form the discard pile. If a deuce, red trey or
Joker is faced, it is turned 90 degrees to indicate its presence
and the next top card from the stock is faced on the discard
pile. As soon as the discard pile is ready, play can commence.

Each player in turn to the left of the dealer faces any red
treys in his hand and draws from stock to replenish his hand.
Each faced red trey is worth 100 points. A single player who
collects and faces all four red treys gets 800 points. Trey
points go against a player if he fails to make minimum meld
before another player "goes out" and the hand ends.

After each player has faced his red treys, play continues
to the left. A player takes either the entire discard pile or
a single card from the stock. If he has taken the discard pile
he must meld; otherwise he has the option to meld or discard.
A player must always discard a single card from his hand to the
discard pile after his turn except when "going out", when he may
opt to meld out instead. Play ends when the playing stock is
depleted or when a player who has made at least one canasta
has declared his intent to "go out" and has melded or discarded
the last card from his hand, at which point each player tallies
his score. The game ends when any player's score at the end of
a hand equals or exceeds 5000 points.

A meld consists of at least 3 of a kind. One of the three
may be a wild card - Joker or deuce. Sequences are not used in
Canasta. A meld becomes a Canasta - or "basket" - when seven
cards have been melded, a maximum of three of which can be wild.
A pure, "red" or "natural" Canasta, consisting of seven or
eight of a kind, is worth 500 points. A mixed or "black"
Canasta is worth 300 points. Up to 11 different canastas may be
made by a player. A Canasta in threes is not allowed...and
the only time black threes may be melded is when "melding out"
in lieu of a discard. Black threes are used as "freeze" cards.
When a black three is discarded, it "freezes" the discard pile
to the next player, forcing him to draw from the stock. Black
threes are not wild and are not used to make melds or canastas.

At the end of play each player counts his cards, red treys,
and canastas. All cards are counted. Pure canastas, as noted
above, are worth 500 points. Mixed canastas are worth 300. In
addition to this scoring each card in a canasta is counted. The
player who went out to end play scores an additional 100 points.
A player who goes out with a "concealed hand" - by melding all
of his cards at once, including the required canasta - scores a
bonus of 100 points. All cards held in hand at the end of play
are counted against a player's score. A player who has failed to
make minimum meld before play ends is penalized 100 points each
of his red treys, 800 points if he has all four. Jokers are
worth 50 points each; aces and deuces are good for 20 points;
eights through kings are worth 10 points; and fours through
sevens are worth 5 points. Black threes count 5 points. Red
treys, except as noted above, are worth 100 points each.