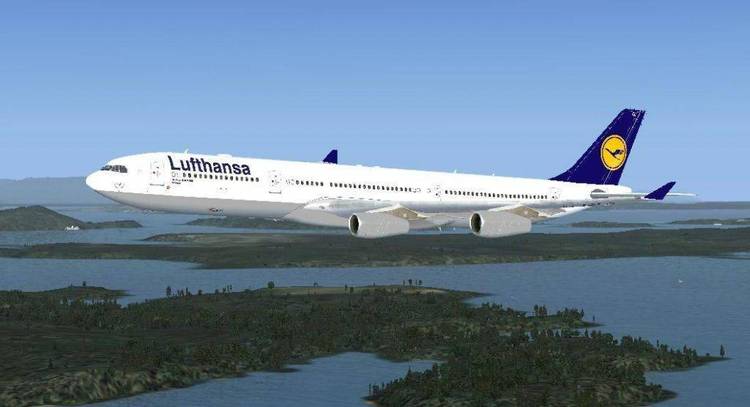 The fourth genration aircraft from the European Consortium is the A340 Airbus.

This long-haul commercial jetliner is the first real competitor for the Boeing
747 series. Powered by four CFM International CFM56-5C2 Turbofans generating
31200lbst each gives an operational range of 7700 miles in a 295 passenger con-
figuration of 18 first class, 81 business class and 196 economy class in six-,
seven- and eight-abreast seating, all with twin aisles. In maximum passenger
configuration 440 can be seated nine abreast!

The dimensions of the aircraft are:-

Note: The above is not required to fly this aircraft in FS4!! All you need to
do is copy both files (not the .DOC file) into your FS4 directory.