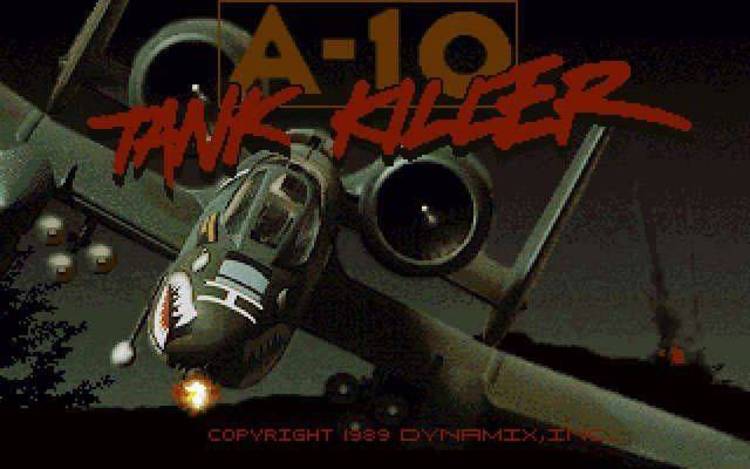 Contents of the HINTS.TXT file

HINTS FOR A-10: TANK KILLER

I. Scenario Set 0. (Included in A-10 Game.)
A. Training
1. Objectives.
a. Reach Checkpoint #1.
b. Locate and destroy 'mock' Soviet Tank, using Maverick air-to-
surface missle.
c. Reach and destroy the building, using a LGB.
d. Locate and destroy the truck column, using Rockeye.
e. Locate and destroy the runway, using a Durandal.
f. Use GAU-8 Avenger to destroy tanks.
g. Locate and destroy MI-24 Hind helicopter with Sidewinder air-to-
air missle.
2. Hints for Extra points.
a. Select a weapon load that provides more LGB's.
b. Use a LGB to destroy the water tower at Checkpoint #1.
c. Use the Avenger to destroy the tank. (You have no Mavericks in
this weapon load.)
d. After blowing up the trucks, destroy the bridge with another
LGB.
e. This should permit a score of around 99,980.
B. The City
1. Objectives
a. Destroy the Atrium building.
b. Destroy the enemy headquarters. Alternatively, take out the
SAM sites south of the city. This will prevent your wingman
from being blown up, and then he will take out the Headquarters
for you. If you approach the building from the west side, you
will have less difficulty in obtaining the target in your HUD.
c. Destroy the enemy airbase.
2. Hints for Extra Points
Nothing complicated here, just destroy as much as possible!
Experiment with other weapon loads to obtain the maximum bang
for the buck.
C. Bridge Busting
1. Objectives
a. Destroy Alpha and Charlie bridges.
b. Make sure that your supply convoy crosses Charlie bridge before
you blow it up. Also be sure that you leave no threat to the
convoy alive on your side of the river (i.e. Hind helicopters
or enemy units that crossed the bridge before you destroyed it.)
2. Hints for Extra points
a. The unstated goal in this scenario is to destroy the enemy
airbase. Additional points are awarded for accomplishing
this goal.
b. If you attempt to destroy the airbase, you will have to kill
several additional enemy targets, both MiG's and Hinds.
This too will add to your score, though not as much as
destroying the base itself.
D. Wingman
1. Objectives
a. Destroy the MiG's at the airbase, so your wingmen may take
out the base. If you don't hold up your end of the bargain,
your wingmen will be knocked out by missles when the MiG's get
airborne.
b. Destroy the SAM sites around the resupply base. Again, your
wingmen will be destroyed if you do not complete your objective
before they fly in.
2. Extra points - take out some of the SAM's around the airbase
as well as the MiG's.
E. Tank Killer
1. Objective - Simple! Destroy everything that moves! Note: if you
don't start with the units farthest south, they will be out
of range before you can hit them. If this happens, you will have
to wait a while for a clock to go off if you want the scenario to
resolve properly. The clock is shortest when playing Aggressive
mode, longest when in Mild mode.
2. Extra points
a. This mission is much easier to score well in Aggressive mode
than it is in Mild mode. Your score is almost certain to be
better, because the scenario's scoring function takes into
account the level of difficulty at which you are playing. Since
the message you receive in the Mission Summary is tied to your
score, you will have an easier time being a 'Stunning Success'
in Aggressive than in Mild mode.
b. Take out the SAM's as well as the armor units.
F. Sam Slam
1. Objectives
a. Protect your M-48 SAM's. The MiG groups circling outside the
perimeter of your air defenses will attack your base if
these air defenses are destroyed.
b. Destroy the enemy aircraft (MiG's and Hinds) outside of the
perimeter of your missles. The first two you can hit with
your Sidewinders. The rest you'll have to lure in.
In order to do this, you must get near the MiG's.
Then, lead them back under the umbrella of your M-48's.
Once under it, they will be utterly destroyed!
2. Extra points
a. Prevent your radar base from being destroyed by the Hind patrol
near it. This provides almost as many points as the primary
objective.
b. Kill the enemy airbase, enemy SAM's, etc.