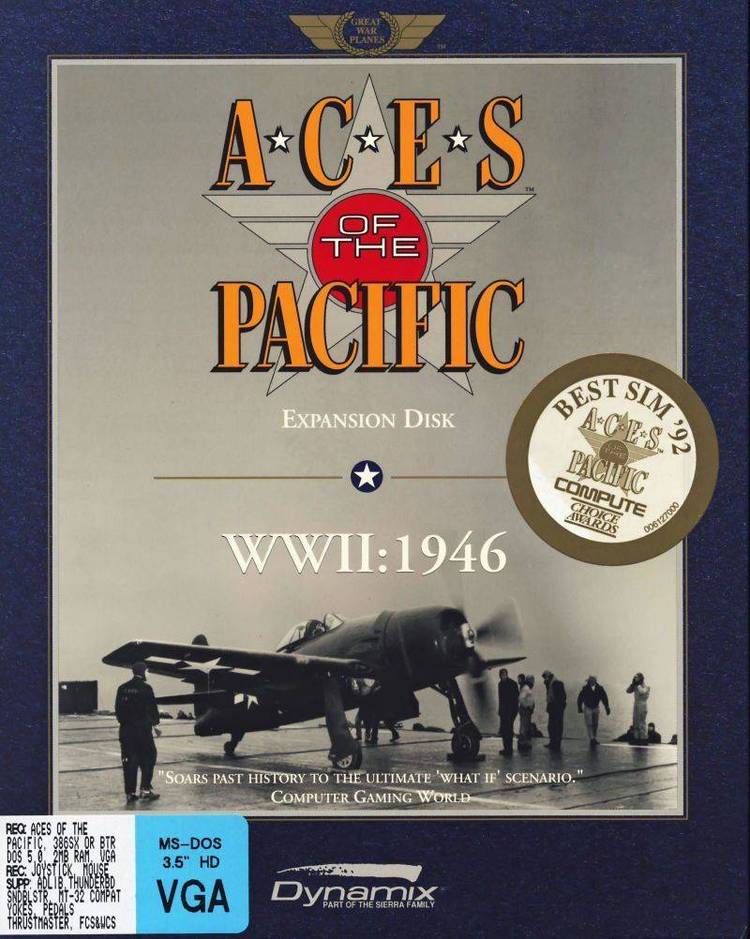 Contents of the 1946II.TXT file

Section 0003: AOTP 1946 II CORRECTIONS
~~~~~~~~~~~~~~~~~~~~~~~~~~~~~~~~~~~~~~~~
Well I also made a few corrections to some of the planes and
features of AOTP. I fixed the "View Aircraft" section. By that
I mean now you can view the N1K1 George and the G4M Betty. I
also fixed the Kikka, well at least I call it a fix. You may
think different after I explain! I found that the Kikka could
exceed it top speed at almost ever altitude. For example the 46
book estimates the Kikka's top speed at 20k ft to be 525mph. But
the Kikka in the game could exceed 535mph. And the real
interesting thing was that the Kikka could out climb a X-15. I
got the Kikka to go up to 80k ft and it was still climbing! The
new Kikka will now have a top speed as rated and a ceiling of 39k
ft as stated in the manual. The main purpose for the down
grading the performance of the Kikka was to make it a little
inferior to the P-80, which is the way it should be! I also
fixed the P-47's ceiling rating. Every book I've read on the
P-47D rates it ceiling at about 42k ft. But until the fix the
ceiling of the P-47D in AOTP was 29k ft. I know that is what it
says in their manual but it is wrong!

Below is a listing of all the people who have, in one way or
another, contributed to the hex editing ability of AOTP. With
this kind of team work it wont be long before we have all the
unknowns figured out!

1) James "Jaybird" Johnson:
for his inspirational and pioneering work on Red Baron.
And for all his personal help in getting me started in
editing Dynamix data. I especially want to thank Jaybird
for his help in cracking the plane/base codes!!!

2) Keith Heitmann:
for his inspirational and pioneering work on Red Baron.

3) Bill "Samuri" Ciciora:
for his inspirational and pioneering work on Red Baron.

4) Joe "The Maverick" Scoleri:
for his inspirational and pioneering work on Red Baron.
And for his extensive document on how to edit Red
Baron. It proved to be very helpful in the development
of this document. I only hope that with everyone
contributing to this document that we can achieve a
document as detailed as Joe's.

6) Tim Kilgore:
for his wonderful AOTP editing utility programs! And
for his extensive work in the development of his
mission builder programs. He has made the cumbersome
task of creating a custom mission into a relatively
easy process. His method of editing the HIS*.DAT's
instead of old VCR method has added a whole new
dimension to creating FSFORUM AOTP Tournaments.
Basically he has given us a mission builder way before
Dynamix has!

7) Nicholas Bell:
for his extensive work on the FMD and DMG files.
Nick is responsible for all the new information on
the engine power ratings and drag factors in the FMD
data. And he is solei responsible for all the info on
the DMG files. His attention to detail and his
historical accuracy is unsurpassed! I also want to
thank Nick for his silver B-25J and his silver Ki-43
along with its new performance!!

8) Uwe Serf:
for his extensive work on the TBL data files. Due to
his efforts we can now color the planes to just about
any color we desire.

It is always a good idea to make backup copies before applying
any non Dynamix modifications. Note that the utilization of
these files and information is at your own risk! I assume no
responsibility for any modifications you make to these or any of
the original program data.

Section 0008: PLAY BACK OF VCR TAPES
~~~~~~~~~~~~~~~~~~~~~~~~~~~~~~~~~~~~~~
One side effect to installing modified files that change "the
performance" of vehicles. Is that your VCR files may not play
back exactly as they were originally recorded. By modified I'm
referring to any modified files with any performance
modifications made to the speed, maneuverability, weapon size,
ammo count etc. The reason is that the game loads all the
pertinent data for each aircraft in the VCR prior to playback of
the VCR. If this data is different then the data that was used
during the original recording of the VCR then you will get a
different play back of the VCR. So this is why you will probably
have trouble playing back previously recorded VCR tapes. For
example after adding the modified files you may notice that your
aircraft appears to shoot at a targets that's not there. So if
you or anyone else wishes to view your VCR as it was originally
recorded then you must insure that the same modified files are
installed that were installed during the original recording of
the VCR. Note that due to this it will be very easy to tell if
anyone is cheating on in a tournament! So if you were thinking of
giving your self an edge during the next tournament then just
forget it because all tournaments are flow with the original data
files! There appears to be no side effect to modifying a planes
ORDNANCE. With the modified files in plane I flew a TORPEDO
MISSION with the Ki-83. I then saved that mission to a VCR.
Next I removed the modified files from the games directory. I
then played back the VCR and found it to fly the same as the
originally flew!

Contact me if you have any new information or corrections to this
doc and I will incorporate or correct the next version. The best
way for us to figure all this data is to share all our
information.