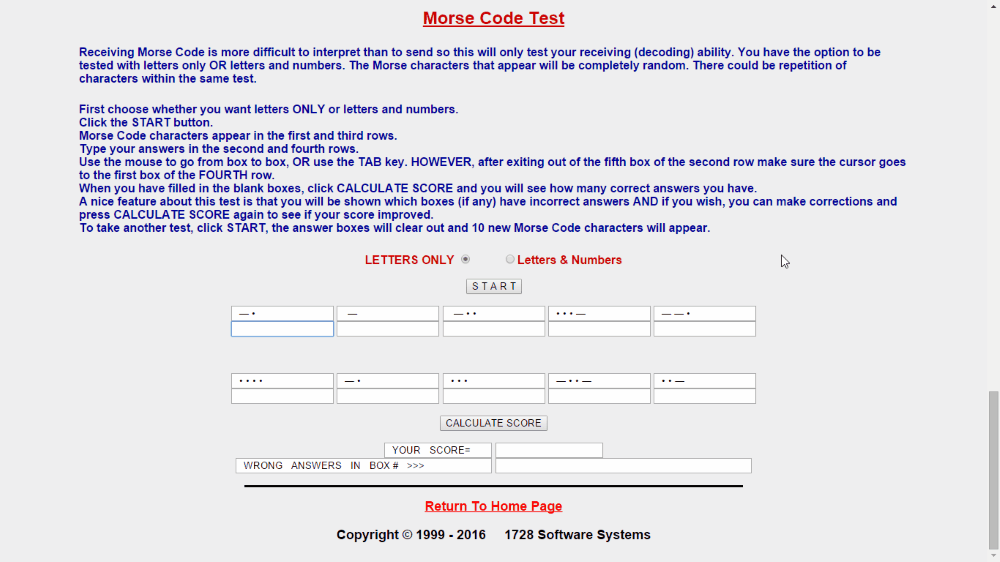 arameters command and the peed subcommand to set the
code speed to a multiple of 10 words per minute (20 or 30 are most
convenient). Set the send speed, character speed, and word speed to the same
value.

2. Select the tilities command on the main menu and the peed
test subcommand.

3. Using a clock or watch with a sweep second hand, count the number
of times the standard word PARIS is sent in exactly one minute. If the
number matches the code speed set in step 1, then no further calibration
is necessay. The count is not automated since the counting process would
consume time and thus render the result innacurate.

4. If the number of words and code speed do not match, then use the
tilities command and