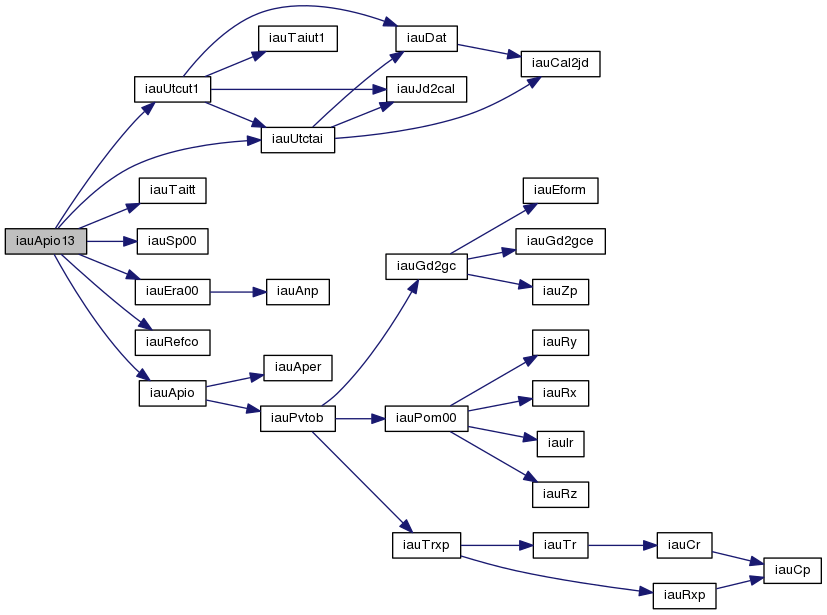 This program computes the orbital positions of planetary
bodies and performs rigorous coordinate reductions to apparent
geocentric and topocentric place (local altitude and azimuth).
It also reduces star catalogue positions given in either the FK4
or FK5 system. Most of the algorithms employed are from The
Astronomical Almanac (AA) published by the U.S. Government
Printing Office.
Source code listings in C language are supplied in the file
aa.arc. The file aaexe.arc contains an IBM PC executable
version.

aa.exe follows the rigorous algorithms for reduction of
celestial coordinates exactly as laid out in current editions of
the Astronomical Almanac. The reduction to apparent geocentric
place has been checked by a special version of the program that
takes planetary positions directly from the Jet Propulsion
Laboratory DE200 numerical integration of the solar system. The
results agree exactly with the Astronomical Almanac tables from
1987 onward (earlier Almanacs used slightly different reduction
methods).
Certain computations, such as the correction for nutation,
are not given explicitly in the AA but are referenced there. In
these cases the program performs the full computations that are
used to construct the Almanac tables (see the references at the
end of this document).

Command input to aa.exe is by single line responses to
programmed prompts. The program requests date, time, and which
of a menu of things to do. Menu item 0 is the Sun, 3 is the
Moon. The other values 1-9 are planets; 99 opens an orbit
catalogue file; 88 opens a star catalogue. Each prompt indicates
the last response you entered; this will be kept if you enter
just a carriage return.
Input can also be redirected to come from an ASCII file. For example,
invoking the program by "aa