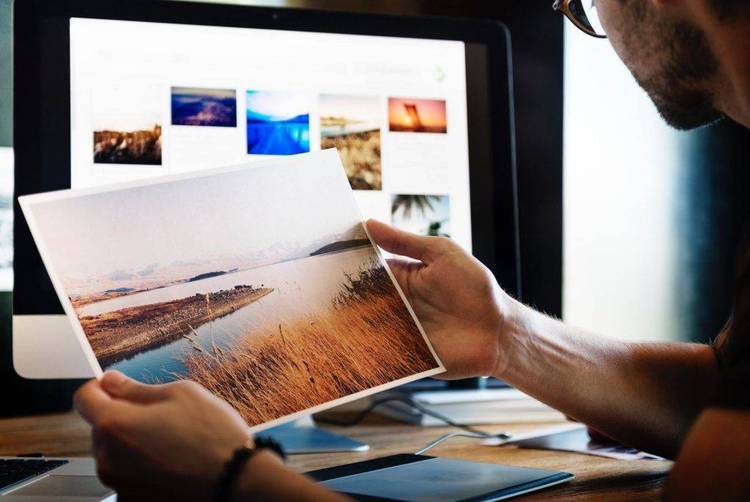 Contents of the POSTGIF.DOC file

Unless you have a colour PostScript printer, you might have
observed that the visual splendor of GIF files on your screen is
rarely matched by anything that you can arrive at on paper.
Converting colour pictures to black and white by ``dithering''
them is time consuming and rarely results in really decent
looking output.

If you have a monochrome PostScript device you can have much more
attractive black and white output from colour GIF files by
halftoning your GIF files into black and white images. This will
present you with printable, screened pictures which will
reproduce at least as well as a screened photograph. Said images
can be used as PostScript art in Ventura and other desktop
publishing system chapters. In addition, they look slick.

POSTGIF is a simple way of converting full colour GIF images of
almost any size into encapsulated PostScript (EPS) files all set
to send to your printer or suck into another program. It
calculates which of two hundred and fifty six shades of grey
best represents each colour in the palette of a GIF file and emits
a copy of the file in the EPS format. It's dead easy to use. If
you have a GIF file called CHEAPSEX.GIF, type

and POSTGIF.EXE will write you a file called CHEAPSEX.EPS. To see
what this looks like, type

assuming that your PostScript printer is connected to LPT1:.
After a while, a halftoned representation of your picture should
rattle out of your printer.

Encapsulated PostScript files created in this way include a
``preview'' image built in. If you suck one into Ventura, for
example, you will see a fairly contrasty bit mapped
representation of your original GIF file where the PostScript
file is supposed to be. Slick, this.

If you TYPE an EPS file created with POSTGIF, you will see some
garbage at the from of the file if the preview has been included
and the line ``%!PS-Adobe-2.0'' first thing if it has not.

These EPS files make great clip art for desktop publishing
programs such as Ventura, since the results are very much like
halftoned photographs. However, the default screen which your
printer uses when you output a POSTGIF'd file may not be the
ideal one if you intend to use the final results for
reproduction... that is, if you expect to use 'em as art to be
run through a printing press. As such, POSTGIF allows you to
specify the halftone screen size.

the resulting EPS file will print with a screen of sixty dots per
inch.

The screen size you use will depend on what you plan to do with
the EPS files you create. As a rule, everything else being equal,
eighty line screens are about right for reproduction on
newsprint, and something between one hundred and twenty to one
hundred and forty-four lines are about right for repoduction on
coated... glossy... paper. However, a three hundred dot per inch
laser printer can't do anything like this. Experiment with
different screen densities to find one that looks best on your
printer. If you set the density too high... say eighty to a
hundred lines on a three hundred dot per inch laser... the
resulting pictures will get muddy and posterized.

There are several salient points worth mentioning about POSTGIF,
to wit...

- The EPS files it emits are mildly huge... plan on up to half a
megabyte for an average size GIF file. If you want to know
approximately how big the EPS file resulting from a particular
GIF file will be, use the formula

(image width) * (image depth) * 2 plus a couple of kilobytes

They ARC very well, though.

- You can translate multiple files at once. For example, the
command

would translate four GIF files into four EPS files. It would take
a while, though.

- Non-interlaced GIF files are translated directly. Interlaced
files are buffered in memory and translated. This being the case,
an enormous interlaced GIF file might cause POSTGIF to abort with
a memory allocation error. One rarely sees enormous interlaced
GIF files, so this shouldn't be a problem. However, keep this in
mind if you try to run POSTGIF with very little available memory,
such as in a DOS shell.

- POSTGIF does grey scale summing and interpolation to decide
what grey shade best represents a particular colour. This usually
works. However, if all of the colours in your GIF file are of
rather medium intensities, the resultant black and white image
might be pretty washed out. There's not much POSTGIF can do about
this. For example, fifty percent blue and fifty percent red may
stand out well in a colour image, but they'll both be translated
into something like fifty percent grey by POSTGIF.

- The EPS files which POSTGIF creates can be scaled, translated,
rotated, and screened any way you... or your desktop publishing
package... feel like. You can also edit them by hand to change
various characteristics about them if you're versant with
PostScript programming.

- POSTGIF files work will with Freedom of Press. In fact, that's
what we used to do the initial development of POSTGIF. For those
who haven't come across it, Freedom of Press is a (large) program
which runs on an AT or 80386 based PC and interprets PostScript
files, outputting them to a LaserJet (and several other sorts of
printers.) It's done by CAI, 5 Technology Centre, 900 Middlesex
Turnpike, Billerica MA 01821 (508) 667-8585.

If you like this program and find it useful, you are requested to
send $20.00 to Alchemy Mindworks Inc. This will entitle you to
telephone support, notification of updates and other good things
like that. More to the point, though, it'll make you feel good.
We've not infested the program with beg notices, crippled it or
had it verbally insult you after ten days. We trust you to
support POSTGIF if you like it.

Oh yes, and if you fail to support this program and continue to
use it, a leather winged demon of the night will tear itself,
shrieking blood and fury, from the endless caverns of the nether
world, hurl itself into the darkness with a thirst for blood on
its slavering fangs and search the very threads of time for the
throbbing of your heartbeat. Just thought you'd want to know
that.

Scoop - MacPaint, GEM/IMG and PC Paintbrush file readers,
with Epson FX-80, LaserJet and PostScript printer
support. Drives CGA, EGA, VGA and Hercules cards.
HP_Slash - Make LaserJet soft fonts smaller by selectively excising
those characters you'll never use.
Mac2Img - MacPaint to GEM/IMG file converter... just the beast
for Ventura users.
Mac2Pcx - MacPaint to PCX file converter.
Calendar - Slick perpetual calendar that tells you when the
equinoxes happen, what day Michaelmas fell on in 1705
and so on.
gemCAP - Capture graphics screen in GEM/IMG paint format,
suitable for inhalation into Ventura.
CPM2DOS - Read CP/M formatted disks on your PC.
IMGCUT - Crop GEM/IMG paint files into smaller files.
ADDRESS - Memory resident envelope addresser with graphics.
VFM - Ventura soft font manager deluxe with a side of fries.
Adds new fonts and creates width tables with menu
driven simplicity.
MCOPY - Copying program which packs as many files as possible
onto a floppy, pauses when the current floppy is
full and asks for another one.
D - A simple sorted directory program which contains neither
a word processor nor a radish straightener.
TCAP - A text screen capture program which generates GEM/IMG
graphics that look like your text, all ready for inhalation
into Ventura.
ICON - Converts files between MacPaint, IMG, GIF, TIFF and PCX. Still
in the Beta stage at this writing.
DMCL - Dot matrix control language... macro driven effects control
and printing program for dot matrix printers.

The author assumes no responsibility for any damage or loss
caused by the use of these programs, however it comes down. If
you can think of a way a picture program can cause you damage
or loss you've a sneakier mind than mine.