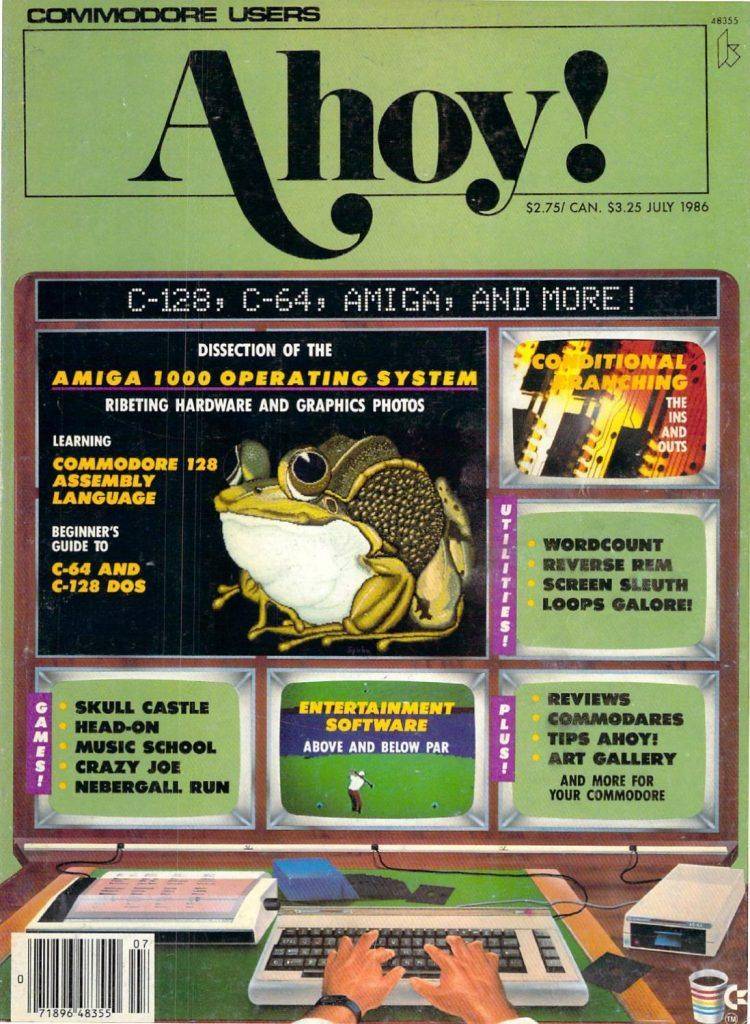 Contents of the PRINTGAL.TXT file


I don't know about you, but if you include the original
art gallery provided with PrintMaster I've got eight sets of
graphics to choose from. This means that there are over
eight hundred different pictures that I can use for cards
and whatnot. This is an awful lot of data to look through
by viewing them one at a time from PrintMaster, or even
flipping through the manuals.

That's why I wrote PrintGal. It reads in a gallery and
prints the graphics in a eight wide by nine tall matrix.

This allows you to see at a glance at least half of the
graphics contained in a file.

To use this program you merely turn on your printer,
adjust the paper and type the command

from the DOS prompt. You must not enter a file extension
since PrintGal will add the extensions (.SDR and .SHP) for
the two files that are related to the gallery.

The paper should be set so the perforation is just a
line or two above the print head. This is necessary to
avoid printing over a perforation if there are more graphics
than will fit on a page (72 graphics per page).

I confess: this is a quick and dirty program and is
tailored to my liking. For this reason I have included the
source code in order for you to alter and hopefully improve
it. The only restrictions are that you don't remove my name
from the program and that if you redistribute an altered
version you mark it clearly and include source code.

The source included is documented well enough to allow
you to make minor changes. I doubt it would be too hard to
alter the program to work with PrintShop or printers of
another flavor.

A quick note on how to get additional art galleries:
look in the public domain. There are several public domain
art galleries available out there. The ones I have
downloaded from GEnie were originally from the Apple
computer version of PrintShop. They were converted to IBM
PrintShop and I later converted them to PrintMaster.

The program I used to convert from PrintShop to
PrintMaster is also available on GEnie. It is called
something like PM-PS-BS.ARC. You should be able to find by
entering a search string related to PrintShop or PrintMaser.


As usual with programs I have written I am going to
take a few lines and plug other software I have written for
the public domain. To find any of the following files on
GEnie simply do a file search using my I.D. [D.STEINER] for
the uploader address.

Another program I wrote to go with PrintMaster is
called PMRED.ARC. This file also includes source code and
it is a small resident utility that allows you to put your
art galleries on your hard disk. I'm still working with the
original PrintMaster, so maybe I'm behind the times if
PrintMaster Plus already allows this sort of thing.

My most useful program so far is called Super File
Manager (SFM). This program is a disk manager. If you've
ever used the program FFM (Free File Manager?) then you
might like to try SFM, it has many more functions and works
nicer. Full source code (Turbo Pascal) and a technical
documentation manual are also distributed with it. A note
in favor of this particular program: the fellows at work
think its great.

If you're interested in games I updated an old BASIC
Yahtzee program to use the cursor keys. This seems to be
the most popular item so far.

I have also written a BlackJack game, but haven't
released it yet. It needs a few finishing touches before I
let it go. Although it's almost finished, it has been in
that condition for nearly eight months. If you would be
interested in a good version of BlackJack write and tell me
to get on the ball with it. A few of the options: allows up
to five players (something like that), computer players
included, has a hint option that may be used in a tutorial
fashion and allows you to set all kinds of options for the
type of BlackJack you like to play. As with most of my
programs, source code (Turbo Pascal) will be included if I
ever finish it.

Next in line for usefulness is TSREDIT. This is a
memory resident text editor, very similar to the Turbo
Pascal editor. It also has a few limited file management
capabilities. Sorry, but this was my first big public
domain project and the source code was so convoluted I
deemed it best to keep it to myself. Drop me a line if
you'd be interested in source code (Turbo Pascal) anyway.

I am considering the advantages and difficulty of
rewriting TSREDIT in Turbo C. If I get around to this I'll
leave out the file management stuff and make the memory
residence an option. If you're interested in seeing such a
version let me know, since I probably won't do it if nobody
is interested.

Finally I want to make it clear that, although it would
be nice to get one, contributions on software I have written
are purely optional. So if you have a suggestion don't be
bashful, I'd rather receive some user feedback than a
contribution. To date I have only received one response, so
I still don't know if anyone likes these programs.