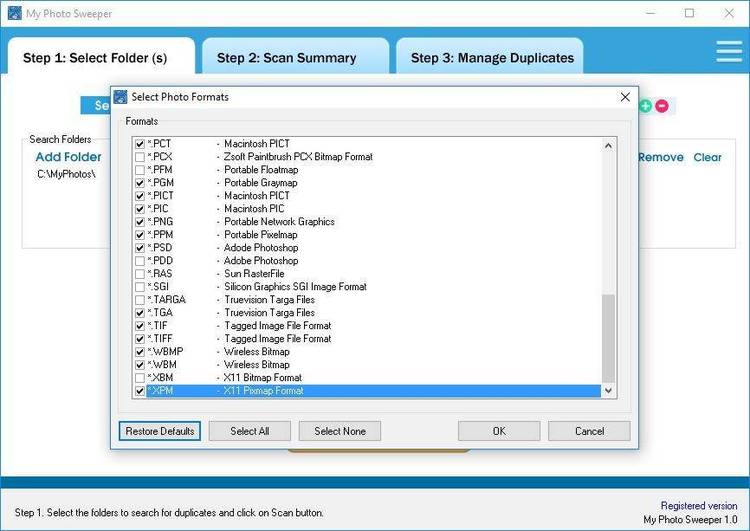 Contents of the PCXUT.DOC file

There are two PCX file utilities in this ShareWare version. One is the file
PCXSV.EXE which is PCX-ScreenView, a menu driven PCX graphic file viewing
program. The other is PCXCAP.COM, a memory resident graphics screen capture
program that saves your graphic screens in PCX file format.

The files included in this utility package are:

The PCX file format is, perhaps, the single most used graphics file format in
the DOS world. It is the native format of the PC Paintbrush series of programs
and was developed by ZSoft Corporation. Most of the major graphics programs
allow the importing and/or exporting of graphics screens in this format.

These utilities were developed for and are included in the PCX-SHOW series of
programs but are also available separately under the ShareWare system.

The ShareWare concept is quite simple. Try out these programs for a short
period of time (30 days maximum). If you like them, simply send in the
Registration/Order form included with this file (PCXORDER.FRM) along with your
payment. If not, erase the files, discontinuing all use of the programs.

The ShareWare versions of both these utilities are identical to the registered
versions with one exception. A brief ShareWare screen that appears in these
utilities has been removed from the registered versions.

REQUIREMENTS: Minimum requirements to use the utilities are an IBM compatible
computer, DOS 2.xx or higher, 348K RAM memory and a CGA, EGA or VGA graphics
card.

PCX-ScreenView is a program that displays most any PCX CGA/EGA/VGA graphics file
on your screen. To begin using this program simply enter PCXSV at the DOS
prompt and press the Enter key.

You will see a dialogue box appear on your screen. This dialog box contains the
names of all your drives, directories and sub-directories. It also shows all
the files in the current directory that have a PCX extension. In addition, a
space for the current file mask and open and cancel buttons also appear in the
dialogue box.

To choose a file to view, simply use the arrow keys to highlight (reverse video)
the desired file from the list and press the Enter key. The PCX file will then
be displayed on your screen.

When you are finished viewing the picture, press the Esc key. You will be
returned to the PCX-ScreenView dialogue box.

If you wish to change drives and/or directories, simply highlight the drive or
directory using the arrow keys (or tab keys) and press the Enter key.

To exit PCX-ScreenView, press the Esc key from the Dialogue Box. Upon leaving
PCX-ScreenView, you will see a brief ShareWare screen containing the mailing
address of DECISIONS Software. After about 5 seconds, you will be returned to
the DOS prompt (or calling program).

To use this program, simply type PCXCAP.COM at the DOS prompt. You will see a
brief message appear on your screen. The message informs you that this is a
ShareWare version of the program. In addition, the message tells you that the
program has been loaded, is memory resident and may be invoked by pressing the
Alt-F9 key combination.

HOW TO CAPTURE SCREENS: To capture a screen, simply display any graphics file
on your screen. Press the Alt-F9 key combination (while holding down the Alt
key press the F9 function key). A prompt will appear at the upper left hand
corner of your screen. This prompt asks you to enter a filename. DO NOT enter
a .PCX extension. That extension is added automatically. The filename must
contain no more than 8 valid DOS filename characters. After you have entered
the filename, press the Enter key. The program will then capture the graphics
screen in PCX file format. The captured file will reside in the current drive
and directory.

If after pressing the Alt-F9 key combination you determine that you really don't
want to save the screen, simply press the Esc key. Your screen will return and
the file will NOT be saved.

IMPORTANT NOTES: PCXCAP.COM is a specialized capture tool. The program was
designed as part of the PCX-SHOW and TEXT-SHOW software programs. These SHOW
programs feature the ability to present captured screens in a highly stylized
slide-show format. Multiple screen fades, seques, kalidescope feature, and text
display are featured in these SHOW programs.

As a result, PCXCAP.COM actually captures text screens as well as CGA/EGA and
VGA screens. Also, because the PCX-SHOW program requires the files to be EGA
(640x350) format, it will convert a VGA Screen (640x480) to an EGA screen to be
compatible with PCX-SHOW. This is very handy when you might have a VGA picture
you wish to convert for use with PCX-SHOW. Text Screens and CGA screens are
captured in a file with an .SCR extension to the filename. The format of these
files is standard Bload. Text Screens and CGA Screens may be viewed by
TEXT-SHOW or any program that uses the bload format.

An order form is provided. The file is PCXORDER.FRM and may be viewed and
printed with any ASCII editor or word processor.

All orders and inquiries should be directed to:

==========
DISCLAIMER
==========
PCX-ScreenView and PCX-ScreenCapture are copyrighted programs of Decisions
Software of Phoenix, Arizona. These programs are provided "as is" without
warranty of any kind, either expressed or implied, including but not limited to
the implied warranties of merchantability and fitness for a particular purpose.
Decisions Software and it's employees shall have no responsibility or liability
to you or any other person, persons, or entity with respect to loss or damage
caused or alleged to be caused directly or indirectly by use of these programs
or their documentation.