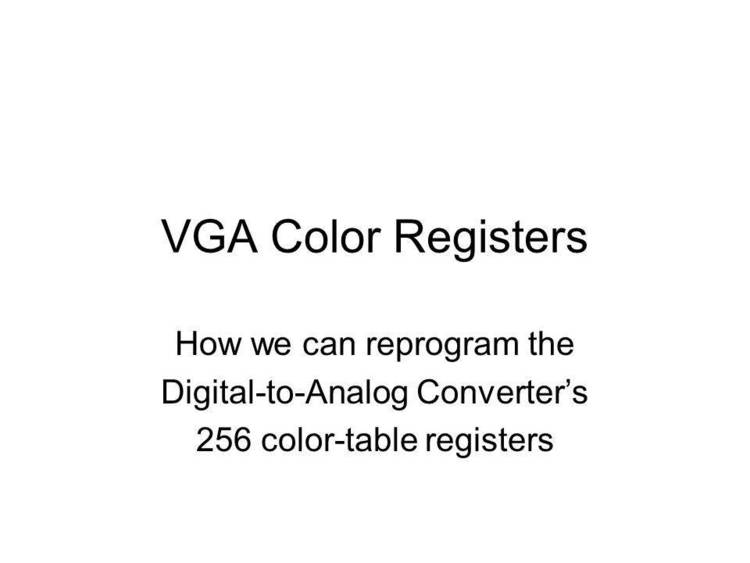 Contents of the LUMEN.DOC file

One day I decided to write a program to give my computer something
to work at during it's free time and do something colorful with
it's VGA display. My first thought was to write a program that
created 3D patterns and colored them using the VGA's 256 color
mode. Getting a program to draw in 2D was simple, modifying it to
work intelligently in 3D began to get not so simple. It was then
that I hit upon the idea of reversing the problem, which resulted
in a very simple solution. Instead of having the program create
3D perspectives then painting them in, I simply made Lumen draw 2D
perspectives, but use 3D paint! Lumen just draws squares one
inside (or outside) the other, the color it uses for each square
comes from a palette with the 3D shading already built in, so the
shapes it creates take on a dramatic 3D appearance. To see it's
palette just start Lumen with "LUMEN /P". Lumen is a good example
of the principal of shading verses resolution. While lumen
actually draws in very low 320 X 200 resolution, it's shading makes
the image appear to be very high resolution. Your color TV which
is also a low resolution device is another example of the shading
factor.

You may distribute Lumen freely for private use. For commercial
use contact me. You may not charge a fee for this program. If you
have any suggestions or examples of VGA "show off's" please contact
me at the address below. All the Best...