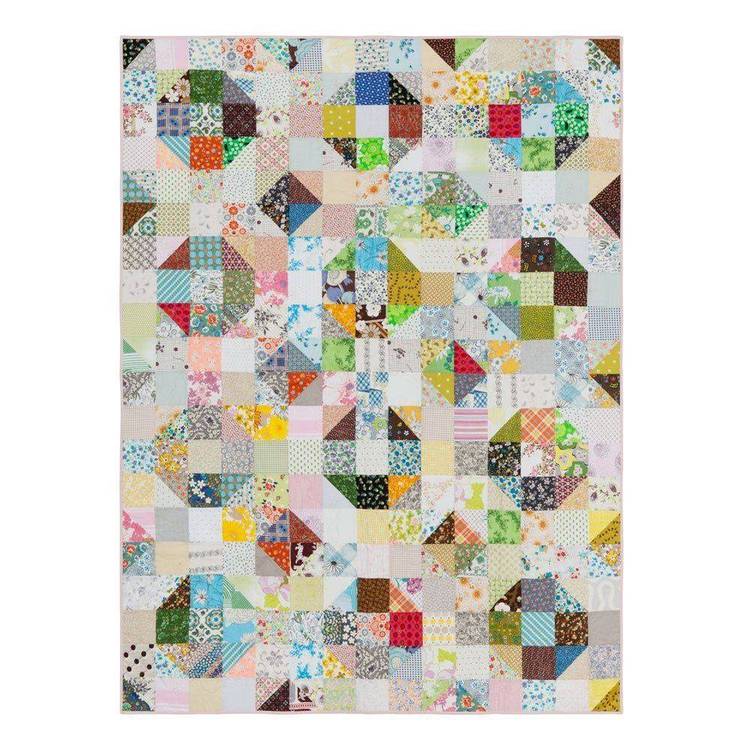 Contents of the LORES.DOC file

Demonstration of the unsupported low resolution 160x100 mode of the
IBMPC. In sixteen colors! Draws patterns, lines, circles, boxes. Even
creates random mazes. Operation is simple: just use the IBM Function
Keys F1-F10 or the cursor keys to hop from demo to demo. If your
function keys are 'ProKeyed up', use the number keys. There are
sixteen different demos.

Requirements to run the program are an IBM-PC or very compatible, the
color-graphics adapter card, 64k memory, any version DOS and ideally
an RGB monitor. Since the video setup is an 80x25 variation it has
the same limitations this mode has with TV's and NTSC video monitors,
where colors usually come out as scales of gray. You'll see the
patterns, but miss some pretty nifty colors.

160x100 mode is really a variation on 80x25 color text mode. The 6845
video chip that controls the color graphics adapter is told to display
only the top two lines of the eight possible ones it finds in the
character generator ROM on the board. A few other adjustments are
made to the 6845 registers to make everything fit right. This means
four letters per line instead of one, or 100 lines instead of 25. It
will now take 8,000 characters to fill the screen. These are filled
with character number 222, which looks like a light box on the left,
dark on the right. Now, by changing the attribute byte following each
of these CHR$(222)'s we can create two 'dots' in each character space.
Instead of 80 characters on a line, we get 160.

The whole program is written in 8088 assembler using MASM, but the
core routines have been developed with other languages in mind. I have
had a lot of fun putting all this together, and hope you enjoy the
show!