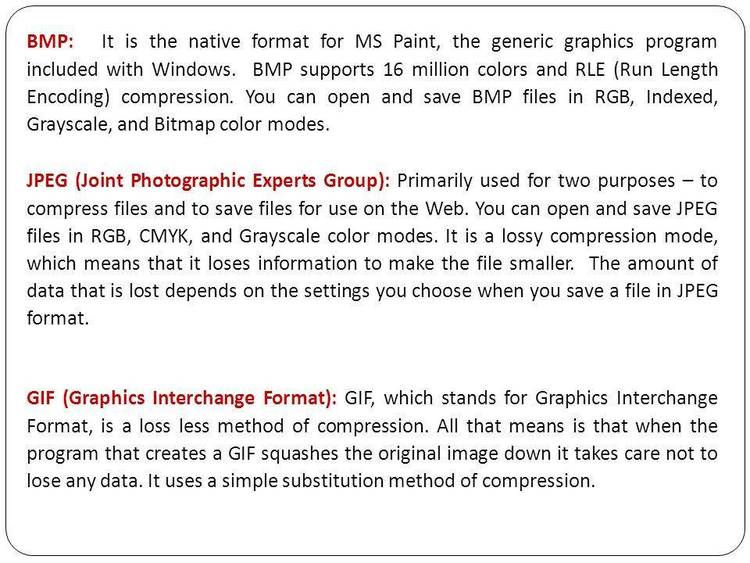 Contents of the GIFPCX.DOC file

There are lots and lots... billions and billions, mayhaps... of
GIF files in the universe. Trouble is, there are no really good
programs kicking about to edit and otherwise meddle with them. At
least, there's nothing I've encountered with a decent user
interface, lots of features and so on.

There are reasonable paint programs. PC Paintbrush IV is fairly
decent and, while it still has lots of room for improvement, it's
got a workable user interface and pretty substantial colour
manipulation facilities. If you haven't tried version IV of this
program, it's worth checking out.

Of course, it doesn't deal with GIF files, preferring its own PCX
format.

Now, the PCX format is a bit of a hack, having evolved rather
uncertainly from its original sixteen colour mode into the two
hundred and fifty-six colour format which PC Paintbrush IV now
supports. This involves some fiddling with the palette, which is
occasionally in two or more places at once.

Because the location of the palette data in a PCX file was
extremely uncertain until just recently, commercial image file
translation programs such as "The Graphics Link" do not, as of
this writing, correctly handle two hundred and fifty-six colour
PCX files. Not quite sure what to do with the palette data when
it converts, say, a GIF file to a PCX file, The Graphics Link
writes it to a separate file.

PC Paintbrush IV does not, of course, know what to make of this
little palette file, and images so converted are quite useless.
Daring artists on the leading edge may have discovered that if
you know just what to tickle and where you can get the palette
file merged into a PC Paintbrush file converted with The Graphics
Link using DEBUG and a hex calculator, but this is pretty grotty
and a bit much considering that The Graphics Link expects to be
paid for.

The utilities in this package expect to be paid for, but they
don't expect as much and they actually work with two hundred and
fifty-six colour files. They allow you to convert a GIF file into
a PCX file suitable for use with PC Paintbrush IV or better, edit
the file and then convert the PCX file back into a GIF file if
you want to.

How they work
-------------
Pretty simple, actually. If you can't run these things, pencils,
shoes, kleenex and corn flakes will probably also confuse you. In
this case, a future of high paying, rewarding job opportunities
awaits you in government employment.

To convert a GIF file into a PCX file, use GIFTOPCX.EXE. Let's
assume that the GIF file in question is FELICITY.GIF, which is
the sort of GIF file most sentient beings usually have cluttering
up their disks. You would issue the following command.

In due course... after you have read, fully appreciated and
responded to the beg notice... a new file called FELICITY.PCX
would appear, all set for inhaling into PC Paintbrush. Probably.
See the caveats below.

The following command would convert a complete GIF harem into a
corresponding bevy of PCX files.

You can convert as many files as you like with one invocation of
GIFTOPCX.

File names can also include DOS paths, as in

And so on. All the GIF files must have the extension .GIF. The
program will create PCX files with the same names as the GIF
files, in the same directory if you've specified a path, but with
the extension .PCX. The original GIF files will not be changed or
deleted.

To convert PCX files into GIF files, you would use PCXTOGIF.EXE
in precisely the same way. Note, however, that neither of these
programs checks to see if it's overwriting existing files. If you
GIFTOPCX a file and then subsequently PCXTOGIF it again after
editing it with PC Paintbrush, the original GIF file will be lost
unless you rename something somewhere along the line.

The aforementioned caveats
---------------------------
There are a few things to bear in mind about these programs.
First off, as of this writing, PC Paintbrush IV doesn't seem to
include anything like EMS or extended memory support. As such,
it's highly restricted as to the file sizes it can handle. In the
two hundred and fifty-six colour VGA mode, for example, I can't
edit anything bigger than 320 by 200 pixels on my system. In some
of the super VGA modes you can't even edit a file the full size
of the working window.

These conversion programs will work with files bigger than this,
but PC Paintbrush may not care to let you open them. Word has it
that a PC Paintbrush Plus package is in the works which will
overcome this.

In these cases, the existing palette is repeated as often as
necessary to fill all two hundred and fifty-six colours. Leaving
the palette blank is not desirable, as it tends to make PC
Paintbrush display its menus and dialogs in black type against a
black background. This is very zen-like, but tricky to read.

I haven't tested the programs with files having two, sixty-four
or one hundred and twenty-eight colour palettes, as I couldn't
find any images which have these palette sizes. Logic dictates
that they should work, but, then, logic dictates that pigs can't
fly even though most of them seem to do all right if you push
them off a high enough building.

GIF images having sixteen or fewer colours are converted into old
style PCX files. These can be used with pre version IV PC
Paintbrush programs, as well as other things that read in PCX
files, like Ventura, Designer and so on. GIF images with more
colours are converted into two hundred and fifty-six colour
PCX files, which turn out to be encoded quite differently. These
are not compatible with older versions of PC Paintbrush nor, I
suspect, with much else.


Moral dogma
-----------
If you like these programs and find them useful, you are
requested to send $20.00 to Alchemy Mindworks Inc. This will
entitle you to telephone support, notification of updates and
other good things like that. More to the point, though, it'll
make you feel good. We've not infested the programs with
excessive beg notices, crippled them or had them verbally insult
you after ten days. We trust you to support GIFTOPCX and PCXTOGIF
if you like them.

Oh yes, and if you fail to support these programs and continue to
use them, a leather winged demon of the night will tear itself,
shrieking blood and fury, from the endless caverns of the nether
world, hurl itself into the darkness with a thirst for blood on
its slavering fangs and search the very threads of time for the
throbbing of your heartbeat. Just thought you'd want to know
that.

Scoop - MacPaint, GEM/IMG and PC Paintbrush file readers,
with Epson FX-80, LaserJet and PostScript printer
support. Drives CGA, EGA, VGA and Hercules cards.
HP_Slash - Make LaserJet soft fonts smaller by selectively excising
those characters you'll never use.
Mac2Img - MacPaint to GEM/IMG file converter... just the beast
for Ventura users.
Mac2Pcx - MacPaint to PCX file converter.
Calendar - Slick perpetual calendar that tells you when the
equinoxes happen, what day Michaelmas fell on in 1705
and so on.
gemCAP - Capture graphics screen in GEM/IMG paint format,
suitable for inhalation into Ventura.
CPM2DOS - Read CP/M formatted disks on your PC.
IMGCUT - Crop GEM/IMG paint files into smaller files.
ADDRESS - Memory resident envelope addresser with graphics.
VFM - Ventura soft font manager deluxe with a side of fries.
Adds new fonts and creates width tables with menu
driven simplicity.
MCOPY - Copying program which packs as many files as possible
onto a floppy, pauses when the current floppy is
full and asks for another one.
D - A simple sorted directory program which contains neither
a word processor nor a radish straightener.
TCAP - A text screen capture program which generates GEM/IMG
graphics that look like your text, all ready for inhalation
into Ventura.
ICON - Converts files between MacPaint, IMG, GIF, TIFF and PCX. Still
in the Beta stage at this writing.
DMCL - Dot matrix control language... macro driven effects control
and printing program for dot matrix printers.
POSTGIF - Converts GIF files into glorious halftoned
encapsulated PostScript files, suitable for printing
or for use as graphics with Ventura Publisher.

Legal dogma
-----------
The author assumes no responsibility for any damage or loss
caused by the use of these programs, however it comes down. If
you can think of a way a picture program can cause you damage
or loss you've a sneakier mind than mine.

All the trademarks used herein are registered to whoever it is
that owns them. This notification is given in lieu of any
specific list of trademarks and their owners, which would not be
as inclusive and would probably take a lot longer to type. Notice
is given that we intend to apply for copyright of the letter C
(upper case only), and that we will be suing Coca Cola, Compaq
and the state of California for infringement if it goes through.