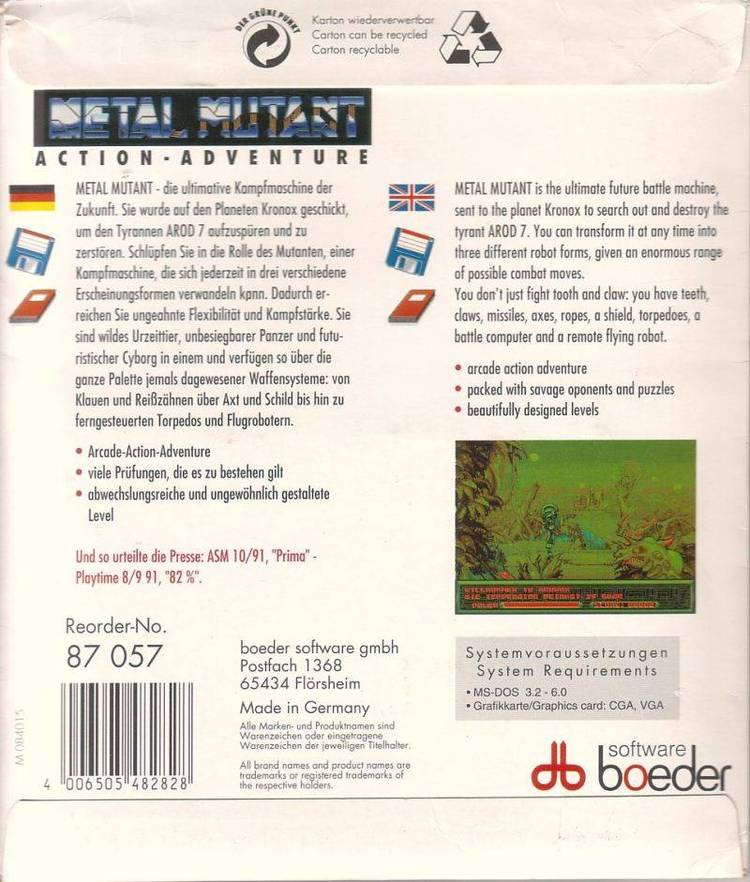 DISTRIBUTION OF EGA2VGA5.ZIP (.ARC) MUST INCLUDE ALL OF THE FOLLOWING:

Update 5.0: * Bugfix: Selection of GIF files with **MORE** has been
corrected.

* BugFix: Secondary processing of SVGA 800x600x256 files
with images smaller than original screen has been
corrected.

* SVGA 1024x768x256 secondary processing added. Note:MVGAVU
will interpolate and decode such files even if your card
doesn't support it.

* RAW2GIF is now graphics device independent; you can
convert EGA pictures to SVGA GIFs regardless of your
video card.

486, 386, 386sx, 286 and AT users with extended memory should disable "Shadow
RAM". Although GIFBIT is predominantly coded in assembly and C; QuickBasic
(QB) 4.00b is used as a shell and error-handler. QB v4.00b HATES Shadow RAM
for some reason and locks-up (at least on our 386sx clone). With AMI BIOS,
you can disable Shadow RAM by pressing