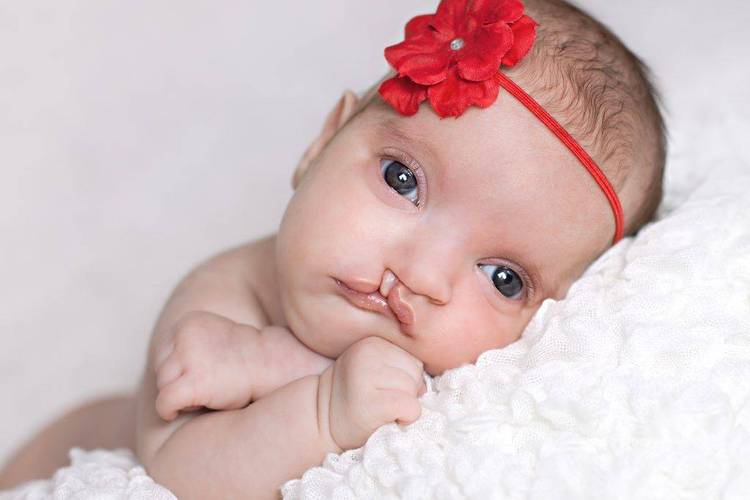 Contents of the ATM-VPWN.TXT file

If you're using a PostScript printer with Windows 3.0,
you're apt to discover that Adobe Type Manager (ATM) doesn't
work properly with Ventura Publisher for Windows (VPWin)
when you first install it on your system. Some screen fonts
may appear as jagged as before, and printouts may contain
type which is larger than you specified. Both of these
problems are particularly likely to occur if your printer is
a LaserJet II equipped with an Adobe PostScript cartridge.
You'll be tempted to conclude that ATM is incompatible
with VPWin, particularly since ATM seems to work perfectly
with other Windows applications, such as Word for Windows.
Fortunately that isn't the case. The real incompatibility
lies elsewhere.

WHAT THE ATM MANUAL DIDN'T TELL YOU

The combination of VPWin and ATM does not work as it
should if bit-mapped screen fonts for use with Type 1
(PostScript) typefaces have been installed in Windows or if
the Windows 3.0 WIN.INI file contains references to soft
fonts under the PostScript printer port(s) which duplicate
the basic 35 fonts built into PostScript printers and
cartridges.

The former situation will afflict VPWin owners who have
installed Windows screen fonts using the Bitstream Fontware
bundled with VPWin, as well as owners of the Adobe
PostScript cartridge who have used the Font Foundry software
in that package to install screen fonts. (People who
installed both the Bitstream and Font Foundry screen fonts
will have already encountered the "jaggies" in their screen
displays.) It would seem that when both ATM and bitmapped
screen fonts (or any two or more sources of matching screen
fonts) are present, Windows doesn't know what to display and
reverts to its native jagged font representations.

The solution to the "screen jaggies" with ATM is to
delete Windows screen fonts installed with Fontware and/or
Font Foundry. This can be done using the "Fonts" utility in
the Windows Control Panel, or it can be done manually by
using Windows System Editor, Notepad or other text editor to
delete references to the appropriate .FON files from the
[fonts] section of the WIN.INI file. (Note that you should
NOT delete the screen fonts which were installed with
Windows 3.0. You can identify these in WIN.INI by the list
of point sizes and/or information in parentheses which
follow the names of OEM Windows fonts.) You can also delete
the actual Adobe and Bitstream screen font (.FON ) files
from your hard disk, as they are redundant when ATM is
installed.

The problem of oversize type in hardcopy VPWin PostScript
printouts is easy to solve. The solution is to delete
references in WIN.INI to PostScript soft fonts which
duplicate the built-in 35 fonts. Unfortunately, the Windows
Control Panel contains no facilities to do this; WIN.INI
must be manually edited to delete the listings. Those who
have not already installed "the gang of 35" soft fonts for
use by ATM can follow a simplified procedure in order to
insure they won't cause PostScript printing problems.

In order to understand why it is necessary to delete these
font references, it is only necessary to understand that ATM
is a kind of PostScript "printer." Its function is to
translate vector outlines described in the PostScript
language into bit-mapped images capable of being output by a
raster device -- exactly what the controller in a PostScript
printer does. ATM sends its rasterized output to your
display screen and/or non-PostScript printer. But ATM is
separate from and independent of any other PostScript
devices in your system. It must be able to obtain
PostScript font information even if you don't own a
PostScript printer or have a PostScript port installed in
Windows. For this reason, ATM doesn't look at information
listed in WIN.INI, so information there about the 35
built-in PostScript fonts is unnecessary.

This information, by the way, is also unnecessary to
applications and to PostScript printers. All data
concerning built-in fonts which is needed by either is
contained in the Windows PostScript printer driver and in
the printer (or cartridge). In fact, with an application
which is actually written to Windows 3.0 specifications, as
is VPWin, WIN.INI references to built-in fonts cause the
printer driver to malfunction, resulting in oversize type on
printed output. Actually, given these facts, it is extreme-
ly difficult to understand why Adobe wrote the ATM font
installer to place built-in font data in WIN.INI, not least
because it DOESN'T write all the same information for soft
fonts, which require it.

(The redundant soft font WIN.INI listings apparently
don't cause problems with applications written for Windows
2.1x and patched for use in Windows 3.0, such as Word for
Windows, Page Maker and most other currently available
Windows applications, explaining why the "ATM problem"
doesn't affect them as it does VPWin. The fact that these
redundant listings aren't referenced when Windows prints to
other devices explains why ATM will print correctly to
LaserJets, dot matrix printers and other non-PostScript
devices even when there is a problem with PostScript
output.)

Setting up ATM to work with all Windows applications --
including VPWin -- requires taking four basic steps:

1. Remove non-Windows OEM screen fonts from the [fonts]
section of WIN.INI, either by using the Windows Control
Panel or by manually editing WIN.INI.

2. Remove references to font data for built-in (basic
35) PostScript fonts from WIN.INI PostScript ports by
using a text editor to delete them.

3. Insure that references to ALL OTHER PostScript soft fonts
you want to print are present in the WIN.INI PostScript
port section. (Note that both PFB and PFM files must be
listed to automatically download and print these fonts.
ATM does not write the file locations for PFB files, and
these must be manually appended to the PFM listings in
WIN.INI.)

To test whether you have accomplished the first three
steps correctly, run VPWin without ATM installed or with ATM
switched off. You've done everything right if you do not
have WYSIWYG PostScript fonts displayed on the screen AND
your printouts contain your built-in and soft PostScript
fonts correctly sized and spaced.

Once you've done this, you're ready to get ATM running.

4. Install ALL PostScript (including "the 35") soft fonts in
ATM using the following procedure:

a. If you've already installed ATM and put all of the soft
fonts you own from the "built-in 35" on your hard disk,
skip to step 4e.

b. Make a backup copy of your WIN.INI file.

c. Exit Windows if you haven't already done so. Delete
WIN.INI from your Windows subdirectory. Rename the
backup file you made in step B to WIN.INI.

e. If you have outline soft fonts other than the built-in
35, start Windows and click on the ATM Control Panel icon
in Program Manager. Select "Add." Choose the drive and
directory where your soft font files are located from the
scroll menu. Hold down the Ctrl key and click on as many
soft fonts as you want to add. When these are all selected,
click on Add. Repeat if you have soft fonts in more than
one directory. (Note that you don't have to add fonts
if they are already listed as installed in the ATM Control
Panel.)


You will need to edit WIN.INI to add PFB information for
soft fonts installed for the first time with ATM. Look
under the PostScript port section(s) for listings which
contain only PFM data, such as:

Add a comma to the end of the line, followed by the path
and filename for the matching PFB file, as in:

(Note that the comma between the PFM and PFB listings is
mandatory, and the PFM listing must precede the PFB listing.
Also note that you can use the Windows clipboard to copy these
listings from ATM.INI to WIN.INI if you are using a Windows text
editor and want to avoid typos. If you do, be sure you don't
create duplicate listings in WIN.INI....)

When done, choose Exit from the ATM Control Panel. Exit
from Windows, then restart Windows to make the ATM font
selections active.

f. Use the Control Panel to select the printer you wish to
use as "Default Printer."

g. Start VPWin and open a chapter. Choose Manage Width Table
from the File menu. Click on "Use Environment's Width Table."
When that operation completes, use "Save As New Width Table"
to save the environment width table under the name you
want to use with the currently selected (default)
printer. If you now click on OK, you should see your chapter
with true WYSIWYG non-jagged screen fonts for all the Post-
Script fonts you installed in ATM. Exit VPWin if you want to
install another printer.

h. Repeat steps F and G for each printer named in your
WIN.INI file.

ATM should now work properly with all your applications,
including VPWin, as well as with your screen display and all
printers in your system.

With ATM running, do NOT select your PostScript width
table to print proof copies with non-Postscript printers.
Use the width table for the printer you will actually use.
ATM will take care of reproducing PostScript type on the
target printer for proof purposes.

With thanks to Robert Phillips and John Cornicello for
providing invaluable clues to the mystery.