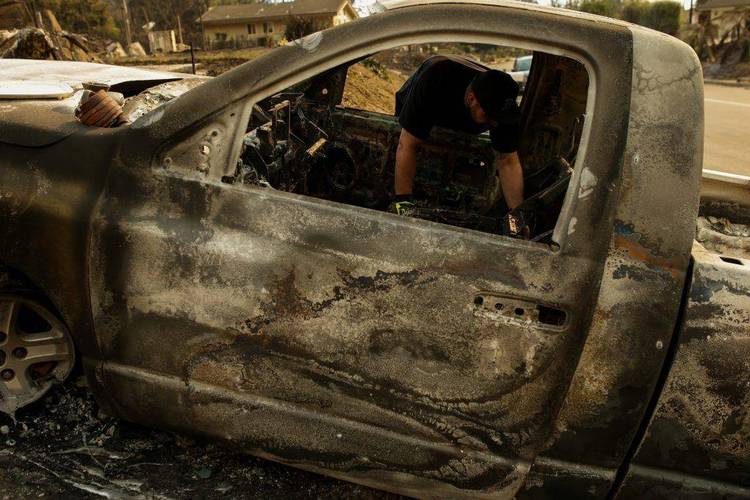 Contents of the VPATCH2.DOC file

Installing the VP 1.1 Patch #2 is a relatively straightforward process
- you must first make copies of disks 1-9 or your VP 1.1 masters, along with
11 and creates new Disk 12 for the Loadable Filters Disk. Once this is
accomplished, simply load the VP patch #2 disk into drive a:, type pat112 (or
pat 112 b: if using both a: and b:drives) and the rest is automatic.
Final step is to reinstall the patched VP 1.1 disks with vprep on the VP #1
update masters. Give it at least a half an hour or so before you plan on
anything else.

Before a long list of features is compiled, have to admit that the
most used and desirable feature so far (and probably gonna stay this way too!)
is the ability of Ventura Publisher 1.1 (after being patched to the new disks
- a cumbersome process to say the least) to coexist in perfect harmony with
MicroSoft Windows. Odd, in a way too - considering the fact that MS Windows
provided the impetus to the IBM PC world to forsake the droll text screen in
favor of the intuitive graphics interface (will not even USE a computer
without a mouse anymore) which was given to us by the Apple Macintosh's
pioneering efforts that Ventura Publisher should finally make peace with MS
Windows.

So how does Ventura coexist with Windows? The Ventura Publisher patch
#2 contains the needed code patches to allow VP to run as an applications
from within the Windows MS Dos Executive and even provides a VP.PIF file (The
files that MS Windows needs in order to know what parameters and requirements
to expect from an application it is requested to execute). Once the Patch has
been installed (see below) VP can simply be called as an MS Windows
application and will run its course (though it still completely retains its
GEM Operating Environ, clipboards for text/graphics/frames as well as
utilizing the GEM VP spooler) normally. Upon Quitting Ventura, you are
returned back to MS Windows just as easily as if you had run an application
such as the cardfile or calander utilities. Yes, it does take a bit longer
than it would when returning (Or calling) a standard Windows application,
but the time required to set up Ventura is comparable to that of calling
Lotus 1-2-3 from a .pif file within the MS Windows Executive. So who cares
anyway?

Well, there are two major advantages to having VP 1.1 run under
Windows - 1.) it eliminates the need to constantly be switching operating
systems in order to run various applications and 2.) the facilities of the
Windows Clipboard are now available via conversion utilities for use by
Ventura Publisher - this means that ANY Windows application (or application
that runs under Windows) which utilizes CUT/COPY and PASTE operations can now
be fully and easily compatible with Ventura Publisher, thus eliminating the
need for the sometimes mind-boggling array of conversion utilities so many PC
Desktop Publishers have been forced to struggle with.

Being an Ardent User of PageMaker PC 1.0a, Windows Draw and Graph as
well as a number of Windows Applications, first order of the day was to check
out the interface to Windows - the VP 1.1 #2 patch contains three files:
wmftogem.exe, mswindow.lod and clip2vp.exe which are needed to accomplish this
feat. Two of these are added automatically during the patch process, while the
third must be manually copied from one the patch disks that were created
during installation. clip2vp.exe is the only one of these you will ever see
- it exists as an application that runs as a TSR (terminate and stay resident)
application under MS Windows and is called into play first, then 'minimized'
into an icon under Windows. You then open the application you would like to
use (we used Windows Draw and Graph from MicroGraphx) and load or modify the
file you would like to use. The process is thus: Select the area that you would
like to bring into Ventura, cut of copy it to the clipboard, close the
application, call clipvp.exe into the foreground (it can exist as a small
icon in the top right hand corner or be enlarged to make maximum use of your
Windows screen). The current contents of the Windows clipboard will appear
in the clip2vp.exe screen - you then save the contents of the clipboard to a
windows metafile (Ventura terminology) with the extension .wmf.
After all of that, you can either go on working with Windows and repeat the
process (Saving the contents of the clipboard under different names for
various files) or finally go to Ventura Publisher to do the actual work.
Though it would be convenient to keep the application open (shrink to an
icon as you would do with Pagemaker for instance) Ventura required a full
640K and will inform you 'cannot run with any other application' in a quite
blunt and somewhat arrogant fashion. Whether of not the user of
expanded/extended memory and/or a Windows Utility such as Ramdrive can be
brought into play remains to be seen, for that would be a great aid. WHEW!

Ok, now that we're back in Ventura Publisher the final step is to get
our Windows Clipboard that we saved as a .wmf file earlier. This is
accomplished in the way you would expect by using Load Text/Picture to import the
metafile into a frame, as you would with any other text of graphic file.
The patch #2 also modified this option in Ventura and a new file type (you
got it - Windows Metafile) appears in the File Type Spec when you select line
art as the format of the file. Right - last step is to select it, and then
the item selector will appear listing all files with the extension .wmf. Use
the item selector in the normal fashion to load in the windows .wmf file and
it behaves exactly as any .img (GEM PAINT) or .pcx (PC Paintbrush) file would.
The quality? Excellent in our tests - and what features will not be imported
intact are documented quite thoroughly in the Ventura Publisher documentation
that accompanies the patch #2 disks. As with patch #1, the pages simply
replace those already in your VP 1.1 reference and training manuals to
contain complete updated information.

Another welcome feature of the Patch #2 disks is the ability to store
your soft fonts in any directory - in VP 1.1 to date, font files had to be
stored in the Ventura Directory, creating a good of uneeded disk thrashing
for many users. This is accomplished by using the ASCII text editing feature
of your word processor to edit the hpljplus.cnf file located in the \Ventura
directory to include the (n:\pathname) statement, where n: is the drive
designation followed by the directory path.

VP 1.1 with patch #2 now will convert characters above ASCII decimal
value 128 into the international character set shown in Appendix E of the
VP Reference Manual (these are the characters that are not normally available
via the standard PC keyboard that you have entered by holding down the ALT
key and typing the appropriate ASCII numbers on the numeric keypad). This
feature is intended as a way to import ASCII text from many languages into
VP 1.1 - however, since many application packages may use these same values
above ASCII 128 to represent other symbols the imported file may require
further editions. The accompanying updated pages for your reference manual
contain a number of examples and ample warnings are given as well.

Increased Compatibility with other Programs

With the new Patch #2 for Ventura Publisher complete Compatibility with
AutoCAD Release 9 SLD files has been added as well as a thorough correction
of many of the minor bugs encountered in earlier printer drivers that
concerned graphics and word processing converters. Additionally, conversion
from WordPerfect's super and subscript codes will no longer be converted -
in order to read Wordperfect documents which use these conventions you must
search for all occurences of super and subscripts and replace these with VP
coding conventions.

Additions to the Reference Guide

The new insert for your VP 1.1 reference guide contains information on
'how-to' aspects of Ventura which were previously only obtainable from one of
the Ventura books such as Ventura Tips and Traps, by Ted Nace (Published
by Peachpit Press). Information on editing VP's systems files to alter the
operating system environment (for instance to add multiple disk drives to
your item selector) is included as well as detailed instructions on setting
custom page sizes using Sizing and Scaling in the Frames Menu, Editing
Chapter Files (for programmers and the brave only), Adding Fonts and free
form page makeup.


In an effort to warn users of potential problems before they are
encountered, Ventura has now included listings of probable conversion
problems with various graphics editors (and reasons form same), new
limitations on file sizes, improper index generation and text attributes
preserved/lost during cut and paste operations using the clipboard.

Minor bugs corrected in Patch #2 include:

User-defined footnotes can now be underlined

Index Entries can now be entered in attributed text

The Video Show, CGM, HPGL and MacPict file conversion utilities have
all been enhanced

Frames with shaded backgrounds and vertical rules can now be printed

On the HP Family of Laser printers, Ruling Box widths will be
maintained after Page Layout changes are made.

Other Random Problems often encountered that have been fixed include:

Intermittent problems with cutting and pasting frames in long
documents have been eliminated.

The Additional system documentation also replaces some of the existing
appendices as well as adding new ones to your VP 1.1 reference manual and
Appendix K on Adding Fonts to VP 1.1 is of particular interest to anyone who
would like to enhance the font capabilities of Ventura Publisher - it is
divided into sections that completely walk the user through font terminology
along with a details how-to section on font installation with the most
popular laser printers including the HP LaserJet Plus, Xerox 4045, AST Turbo
Laser/Cordata/Jlaser and of course PostScript compatible devices as well.
A section explaining the Ventura Font Metric (.vfm) file format and the
subject of kerning is included for user convenience as well.

Ventura Publisher is an immensely powerful Page Makeup Package
incorporating some of the best features to be seen in IBM PC Desktop
Publishing applications software.

The new additions and enhancements includes in patch #2 are a welcome
change indeed for the VP user - to the Windows user that has long been
frustrated by the inability to utilize files generated by Windows
applications in VP 1.1 this capability is particularly welcome. Despite the
limitations of the Clipboard the ability to easily import files generated
in Windows applications is a VAST improvement over the at times confusing
and far-too-often unreliable collection of conversion utilities we have
often had to struggle with in the past. This feature alone coupled with
the ability to directly call VP 1.1 from MS Windows without having to exit
to the operating system and thus clobber the contents of the Windows
clipboard and close your present Windows applications will serve to
significantly increase the productivity of using VP 1.1 in conjunction with
Windows applications.

Ventura Publisher 1.1 is with this patch in a quite enviable position
as a champion of compatibility considerations coupled with considerable
power in the IBM PC Desktop Publishing Word.