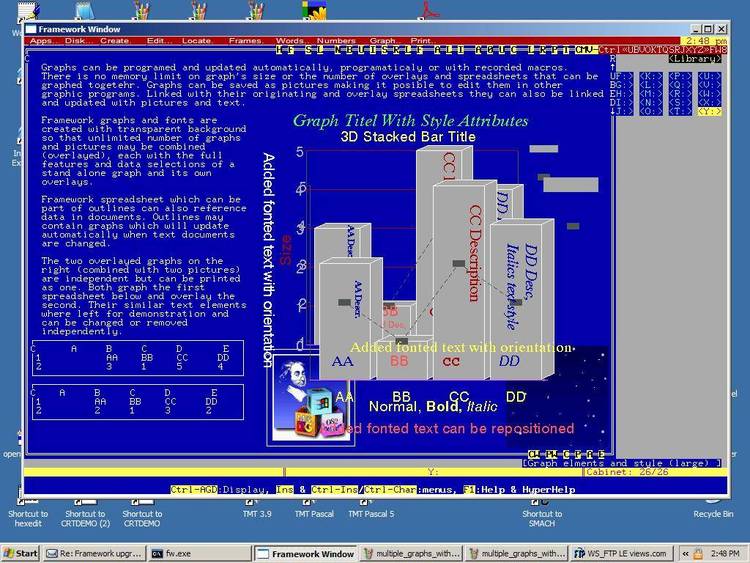 Contents of the TNDB0791.TXT file

These articles are reprinted from the July 1991 edition of TechNotes/dBASE
IV. Due to the limitations of this media, certain graphic elements such as
screen shots, illustrations and some tables have been omitted. Where
possible, reference to such items has been deleted. As a result,
continuity may be compromised.

TechNotes is a monthly publication from the Ashton-Tate Software Support
Center. For subscription information, call 800-545-9364.

Almost everyone has heard about User Defined Functions. If you've read
TechNotes for any length of time, then you've probably seen a number of
UDFs provided in the UDF Library column. You may have heard that they
provide a great enhancement to the already very versatile dBASE language.
But do you need UDFs? Do you know how to make and implement your own
UDFs? This article will provide some basics as well as some tips on using
UDFs most effectively.

dBASE IV comes loaded with functions. Think of functions as messengers
that take your question and always bring back a response, a return value.
For example, you ask dBASE IV what today's date is by using the DATE()
function:

the value it returns is a date type variable. This function does not
require any arguments to provide you with the information you are asking
for.

"Is this the right room for an argument?"

Although this may be the type of argument you are used to, when it comes to
a UDF, an argument takes on a more constructive roll. Think of arguments
as additional pieces of information used to convey to a dBASE function
exactly what it is that you are asking for. Suppose you want to know what
day of the week a particular date falls on. You would use the CDOW()
function. This function needs to be told what date to use to be able to
tell you what day of the week it is. It expects a date-type argument and
returns a character string representing the day of the week ("Sunday"
through "Saturday") that date falls on. To find out what day of the week
today is, enter the following at the dot prompt:

Some functions require more than one argument to be able to do their
defined tasks. For example, the MAX function will tell you which of two
arguments is greater.

would return a value of 100. Obviously, if you ask dBASE IV to compare two
values, you must provide two arguments for it to compare.

dBASE IV has a very extensive set of commands and functions, but even if it
had twice as many, there would always come an instance where there may not
be a precise function for what you want to do.

We'll start with a simple example. Let's say you want a function that will
tell you how much sales tax will be added to a particular purchase.
Figuring out tax is such a simple operation that it doesn't really require
a UDF, but we'll use it to show the basic elements of a UDF. The sales tax
in this neck of the woods works out to 7%. Defining a function is easy.
If you want to use the dBASE editor, from the dot prompt, enter

The first executable line of this UDF would be:

This command tells dBASE IV that you are about to define a function named
Tax(). The next step is to decide if it needs any arguments. Arguments
are optional but since the amount of tax is dependent on the amount of the
sale, we must use the amount of sale as an argument to the Tax() function.
In other words, if we want our function to tell us how much tax is due, we
must tell it the amount of the sale on which to compute the tax. On the
receiving side, arguments are called parameters. For a function to be able
to receive the information you are passing to it in the form of arguments,
the function must be defined with corresponding parameters. The number of
arguments used when calling the function must match the number of
parameters defined in the function. Otherwise, dBASE IV will tell you that
you called the function with the wrong number of parameters. To define a
parameter, use the PARAMETER command immediately after the FUNCTION
declaration:

This defines a single parameter called mSale amt. This parameter is a
memory variable that will be initially set to the value we pass as an
argument. Because we want to perform a numeric calculation on the amount
of sale, the argument we use should be a numeric value, as opposed to a
character, date, or logical value. Although you can use other data types
as arguments or return values, this particular function requires a numeric
value. This memory variable/parameter is "local" to the function: no other
program or function can "see" it or modify it. Also, all parameters and
all other memory variables defined in a function are automatically released
when the function is done with its task. Of course, memory variables that
have previously been declared public are an exception.

Whether you use any parameters or not is up to you, but if you define
parameters, you must call the function with the corresponding number of
arguments. A parameter cannot be optional in a UDF like it sometimes can
in a regular dBASE function. If your UDF calls for it, you must pass
something. You can pass a null string ("") or 0 to indicate to your UDF a
certain condition.
Finally, since this is such a simple calculation, the last step is to send
back the amount of sales tax.

The RETURN command provides a special function in a UDF in that it can
relay a response from the calculation performed therein. Any expression
in the RETURN command is evaluated first and the result is what is sent
back as the answer. In a regular program or procedure, the RETURN command
does not allow any other arguments that return a value. In this case,
however, the RETURN command figures out the amount of tax due using the
formula we gave and sends the result back as it's response to the question
"How much tax on this amount?"

Suppose we want to make this UDF more generic, more flexible. Let's make
it so that we need to provide both the amount of sale and the amount of tax
two arguments. The reason this is more flexible is that we don't need to
modify the UDF if we have to deal with a different tax rate you just
change the value of the argument that provides the tax rate. Also, let's
suppose we don't want to figure out the decimal version of the tax
percentage we want to just say 7 as the percentage. Then we need to also
tell the UDF to do the conversion for us:

The result of this function would be a return value of 0.7.

In short, this is all there is to a UDF. You define it, define its
parameters (if any), do some processing and return a value. In this simple
UDF, the RETURN command does the processing and returns the resulting
value. It evaluates the mathematical expression and sends its result back
as the answer. Let's look at a UDF that would require more than just three
lines of code.

The DBFSize UDF will tell us the exact size of the currently active
database file. In order to do this we need to determine the size of the
database header and then add to that the result of multiplying the size of
each record by the number of records.

There isn't a dBASE function that will tell us how many fields there are in
a database, so it's going to take more than a simple expression to do all
this. Without getting in to a lesson in programming, the UDF on the next
page accomplishes this.

We don't use any parameters with this function because we want it to work
with whatever database is currently in use. We could, if we wanted, define
a parameter to receive a database name and to give us the size of that
particular database. Try to incorporate that change yourself for practice.

Notice that you can use dBASE IV functions and programming structures into
your own functions. In fact, you can even incorporate other UDFs into your
UDFs.

For those of you familiar with dBASE IV procedures, there's basically only
one difference between a UDF and a procedurea UDF must return a value,
even if that value is 0 or a null string. One major advantage of a UDF
over a procedure is that you can call a UDF any place that you could call a
dBASE functionthere are no DO commands involved. It's just like extending
the dBASE language.

Okay, so now you've created a UDF, but how does dBASE IV know that you've
created one? There are several ways. One option is that you can create a
library of functions and SET PROCEDURE to that library to have access to
all of the functions in that library. A library of functions would be a
single program file with several functions defined in it. By issuing the
command