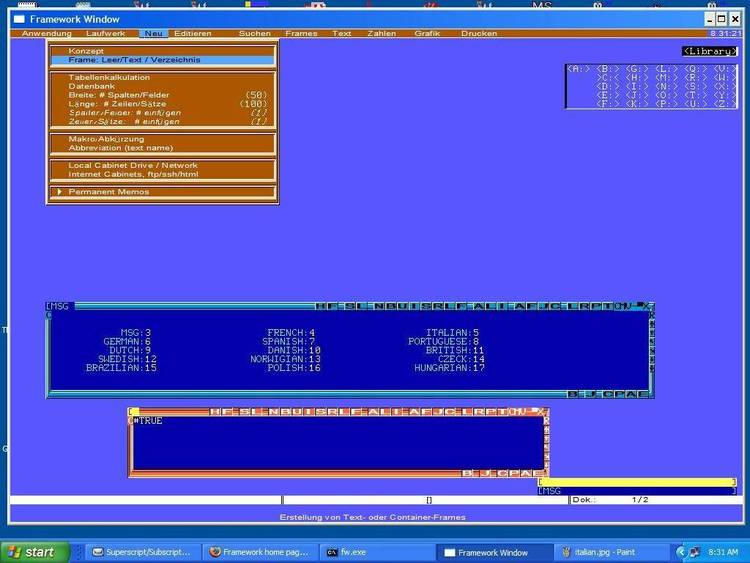 Contents of the TN0391.TXT file

These articles are reprinted from the March '91 edition of TechNotes/dBASE
IV. Due to the limitations of this media, certain graphic elements such as
screen shots, illustrations and some tables have been omitted. Where
possible, reference to such items has been deleted. As a result,
continuity may be compromised.

TechNotes is a monthly publication from the Ashton-Tate Software Support
Center. For subscription information, call 800-545-9364.

Command Editing On the Fly

Behind every dot prompt expression there's an editing window.

By pressing Ctrl-Home, you enter the text editor. Here, you can use the
Enter key to break complex expressions, thus becoming easier to view (it's
all on the screen, either auto-wrapped or explicitly broken by lines) and
debug. To return to the dot prompt, simply press Ctrl-End and your command
is processed. To cancel, press Escape.

You most likely have never gotten to the point where your expressions
exceed 254 characters. In that case, you would receive the warning that
your command was too long and how to work around the limitation.
Memo Exporting in WordPerfect

Although I've been able to export databases without memos into WordPerfect,
I'm curious as to which command to use to also export memo information into
that environment. Is there a way to do this?

It is easy enough to export a file without memos into a more universal text
format such as: