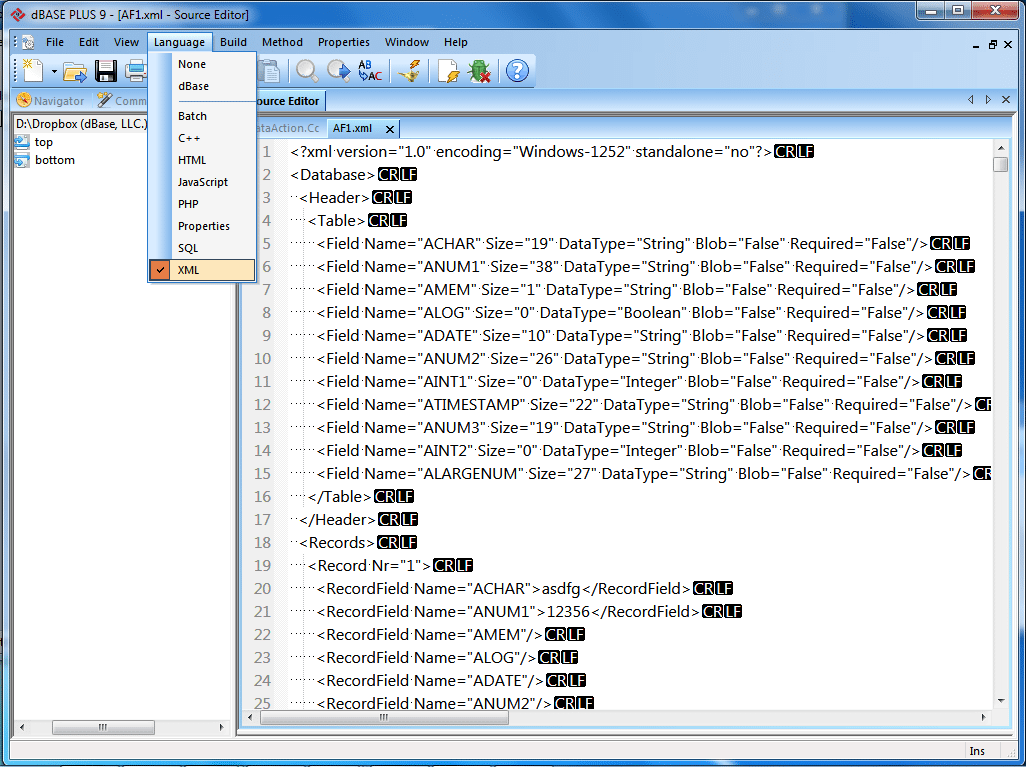 Contents of the ONERROR.TXT file

Programming with ON ERROR

Proper use of ON ERROR adds polish to a dBASE III PLUS system, and is
an essential ingredient in network applications.


The fact that an error occurs in a dBASE III PLUS program doesn't
necessarily mean that anything is wrong. Errors can be used to
communicate with the program's environment. Local area networks
(LANs) are the best example of this. An error will occur if you
attempt to access a record or file that is locked by another
user. There is no way to know about the lock until you attempt
the access, so this is a type of "error" that you can expect will
occasionally occur and you must be prepared to handle it. Even if
you aren't writing a program to run on a LAN, it's a good idea to
allow for the possibility of errors, because errors are always
possible.

The ON ERROR command, with a few related commands and functions,
makes it possible to install a centralized error-handling routine
that kicks in whenever an error occurs. What's more, the routine
can be intelligent, handling some errors without the user ever
knowing they happened. Even when an unrecoverable error does
occur, an error-handling routine can provide useful information
and advice before the program terminates so that the user can
take steps to correct the error.

Nearly every command in dBASE III PLUS has the potential to
produce an error. A list of errors can be found in Chapter 7 of
Using dBASE III PLUS. Additional errors that apply only to the
dBASE III PLUS ADMINISTRATOR are listed in the Network Appendices
section of Programming with dBASE III PLUS. Errors have error
numbers, shown in square brackets in the listings. Figure 1 lists
errors in numeric order, including errors that were not included
in some versions of the documentation.

dBASE III PLUS has a default error-handling routine to which you
have certainly been introduced. When an error occurs, the default
routine displays a message like

File does not exist.
?
USE Nofile
Called from - C:NOPROG.prg
Cancel, Ignore, Suspend?

The first line, "File does not exist." is an error message,
which you can find in the error listings referenced above. The
next line has a question mark, positioned above and to the right
of the part of the command that caused the error. If the error
occurred while a program was executing (as opposed to a statement
entered at the dot prompt) a list of the programs that were
active when the error occurred is displayed on the next lines,
followed by the familiar "Cancel, Ignore, Suspend?" prompt. The
user must then make a decision.

The default error-handler assumes that the user has enough
familiarity with dBASE III PLUS to understand the consequences of
each of the three options. Many users are more comfortable with
the three-finger option that isn't listedCtrl-Alt-Del-which
reboots the computer. This is unquestionably the worst thing they
could do, possibly leading to lost or damaged data.

With a customized error-handling routine, your program can be
much more helpful to the user when an error occurs. You can, to a
degree, diagnose the problem and sometimes correct it without
terminating the program. If it isn't possible to recover from
within the program, you can at least display a helpful,
instructive error message. Then the user understands what is
wrong and what steps are needed to correct the situation. For
instance, the error message above might instead become

WARNING! A Program Exception has Occurred.

Code 1: File does not exist.

An essential file appears to be missing. First, try running the
program again. If this message appears a second time, RESTORE
yesterday's backup and try a second time. If the problem
persists, contact O. McDonald, programmer, at (213) 555-3732.

Press Any Key to Return to DOS

This message describes the problem, offers advice on how to deal
with it, and then returns control to DOS. No choices need to be
made.

The ON ERROR command activates an error-handling routine. The
syntax for the command is