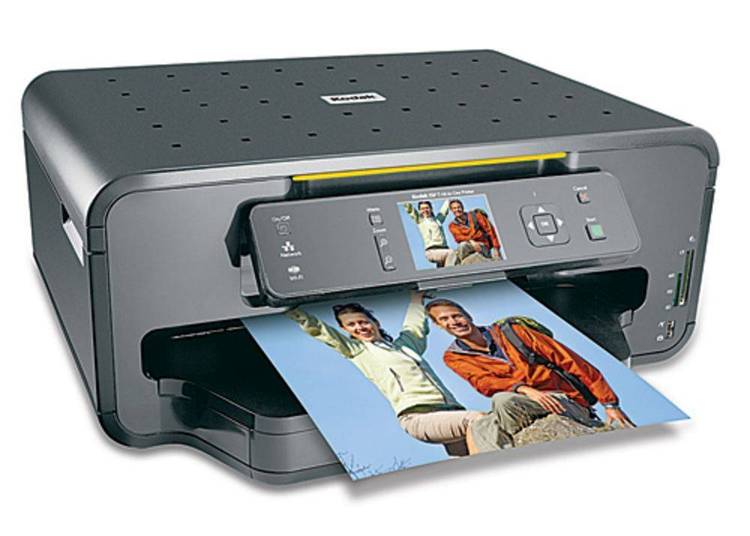 THE FOLLOWING IS AN ARTICLE WRITTEN BY RICHARD ELLIOTT IN THE
JANUARY ISSUE OF THE "PINTER FOXPRO NEWSLETTER" PUBLISHED BY:

I bought Les Pinter's book, Foxpro Programming just to get my
hands on the Laserjet library. It was worth it for those routines
alone.

Since then I have updated the library (added a few routines of
my own and revised others) to take better advantage of the Foxpro
environment. The original library could work in either Foxbase or
Foxpro, but my revised version in Foxpro only. Basically what I
did was to convert all of the procedures to variables or functions,
and the way I got away with it was to use the ??? output command.

What makes this command useful is that it implicetly uses the
SET PRINTER ON and SET PRINTER OFF so you don't have to. The old
way would be to do something like this:

By using the ??? command all you have to do is:

You can create any number of printer commands as variables,
including long strings. The only time this will not work is where
you need to pass a parameter (such as lines per inch, etc.). In
this case a function works better than procedure. Why? Because it
can be called with ???. For example, with the previous library you
would use:

While using a function you could say:

What's the advantage? For one the function is slightly
smaller and slightly faster. (see full listing). But the real
advantage comes in the versatility of functions. You even can
capture the output to a variable. For example:

Is the same as:

Notice how multiple functions can also be called on the same
line. By capturing the output of the function to a variable you
can now output it over and over again without calling the
functions. On simple reports this would not save much time, but
for complex multi-page and multi-copy forms it can really be a time
saver. You could even capture a whole form to a memo field and
fill it out with the SAYIT(), SOFTFONT() and INTERNAL() functions
being the only ones called in the code. Preset a whole forms
library in memo fields and you've got it made!

One other major change I made was to declare most of the
internal font management printer escape sequences as variables.
This provides more versatility in my opinion than the DO INTERNAL
WITH or the INTERNAL() function. For example I could set a
compressed landscape internal font with:

If the page is already set to landscape mode, you don't even
need the landscape variable. I find the latter more readable and
easier to customize. For example, I sometimes use the other symbol
sets and with the INTERNAL() function on my HP Laserjet IIP I would
need to expand the options to include 35 different combinations,
not just the six included here.

The one disadvantage of this approach is that it is possible
to combine the printer variables in combinations that do not work
or provide the expected results. The printer will usually ignore
these combinations and maintain the last default. This boils down
to one of personal preference (and availability of memory variable
space!). That is why both are included here.

Another change was replacing the POSITION procedure with my
SAYIT() function. I added a PICTURE parameter for numbers and
built in type checking so you can pass numbers, dates and logical
values without converting the to character. The function does the
dirty work for you.

The last major change was the addition of a font loader
function. This simply copies a font file (such as those made by
Bitsream Fontware) with appropriate commands. I tried copying the
fonts directly from memo fields, but that didn't seem to work
unless I first copied the memo field to a long string variable. If
I set MVARSIZE = 64 in my CONFIG.FP file I can print memo field
stored font files up to 64K in size (around 30 points, depending on
the typeface). Unfortunately this eats up memory, so I'd rather
keep the fonts on the disk.

By the way, all you Deskjet owners out there, the font
management routines here will work just fine for you as well. The
box, line, grid and shading routines will not work (but will not
crash the printer, it just ignores them). I own a Deskjet as well
so I can testify to that!

There are three sample .PRG files. The first, REPORT1A.PRG is
a modified version of the one provided with the original
LASERLIB.PRG library to show the differences. The remaining 2,
INVOICE1.PRG and INVOICE2.PRG provide a sample invoice printed with
soft fonts and internal fonts repectively.

If you get the disk subscription as well, the soft fonts on
the disk are courtesy of:

Swifte provides a good font management and font creation system for
those on a budget. Demos are available on BBSs everywhere, and
they offer a 30 day money back guarantee.