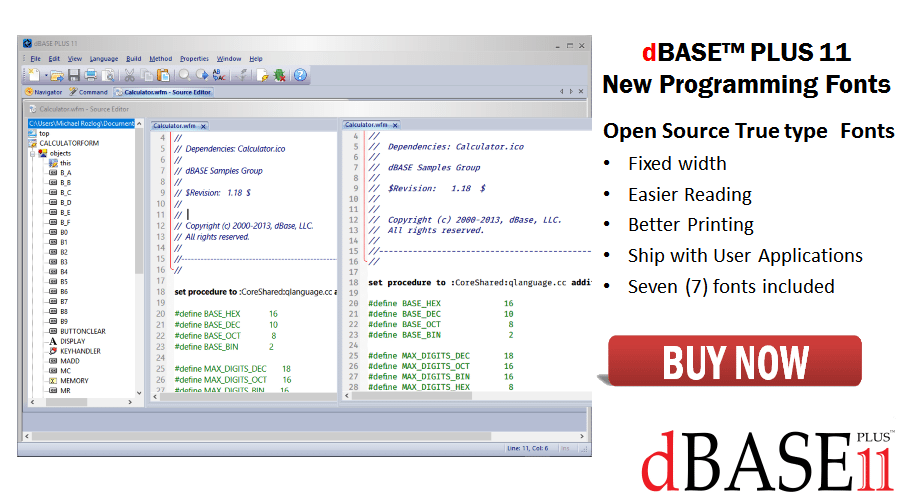 Contents of the AMEMO.TXT file

With the release of the dBASE IV product, memo field features have
been greatly improved. One of these features is the ability to
display the contents of a memo field in a window. By pressing
Ctrl-Home you can then enter the memo for editing.

The steps needed to implement this objective follow below.

a Press Alt-T to open the Tools menu. b. Highlight Macros and
press Return.

d. Type A. You could use another letter if A is already being
used.

2. Edit the macro so that it contains only {Ctrl-Home}. This
macro will be called within the QMemo.PRG program to access the memo
field and therefore needs only to contain {Ctrl-Home}. To eliminate
any unwanted keystrokes

a. Press Atl-T and type M to select Modify from the Tools menu.

b. Type your macro name (for example, A). You should now see the
following on your screen:

c. Edit out everything except the {Ctrl-Home}.

f. Type MEMOS to save the macro to a file called Memos.KEY. This
step is necessary to permanently store your macro so it may be reused
later. You can save many more macros with different names to this
file. For further information about creating and using macros see
Using the Menu System 13-2.

3. The next step is to create a program that will open the file
that you wish to edit, paint the screen, control the movement through
the file, and provide a way to exit. With the exception of the memo
field these functions are relatively easy to code, however the use of
the keyboard macro and the memo field in a window requires some
additional considerations:

a. A keyboard macro will execute only when the program calls for
input from the keyboard. This restriction requires that the PLAY
MACRO command come before a READ. If the command is placed after a
READ it will wait to execute until a later READ. This will cause
some very unpredictable results.

b. The macro must affect only the memo field.


In order for the macro to affect only the memo field it must have its
own READ command. Having two READ statements on one screen will
affect cursor movement and the display of the memo field data.
First, advancing beyond the first READ would force a READ of the
memo field. You would not be able to advance past the memo without
having to enter it first. You would then need to press Ctrl-End and
Return on every record to get out of the memo and move on to the next
record even if you did not want to see the memo. To provide for
smooth movement and viewing of the data from one record to the next,
and allow you to bypass entering the memo field, the READ for the
memo is placed inside an IF...ENDIF which tests the last key pressed.

Sample code showing these ideas follows. The program will allow you
to edit an existing data file. It can also be used to add new
records (with some modification).

We haven't discussed getting out of a memo field edit because there
is really no short cut. Although we could create a keyboard macro
that would press Ctrl-End to leave the memo field, you'd have to
invoke the macro manually by hitting a two-key combination. The only
advantage would be that the key combination might be easier to
remember for someone who isn't familiar with the dBASE keystrokes.

When entering the memo field the ruler, status bar, and menu will
appear; there is no way to suppress them.

The dBASE editor has a line length (memo width) of 65 characters.
Unless you are using an external editor, or you like scrolling, make
sure that your memo window is at least 65 characters wide.

The window will take precedence over the coordiantes given with the
@...GET...OPEN WINDOW command. Any valid screen coordinates are
acceptable and will not change the position of the window.

*--- Execute commands while quitedit is FALSE
DO WHILE .NOT. quitedit