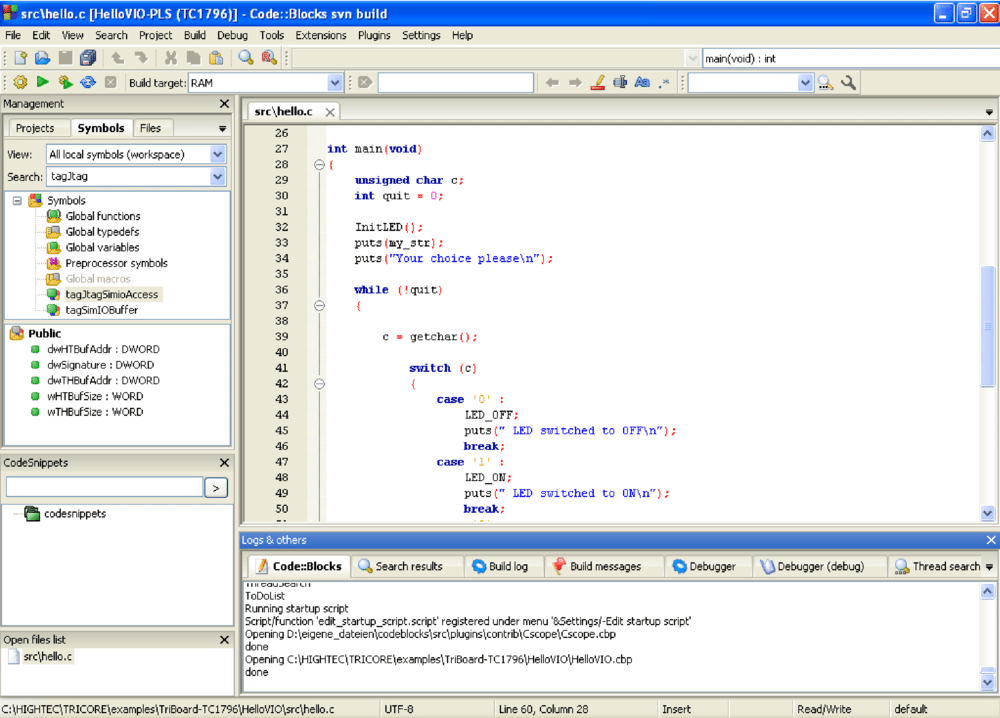 Contents of the MANUAL.TXT file

Introduction to Virtual Arrays in C


The Virtual Array manager in this package is designed
specifically to allow more memory than is normally available to
the C programmer by caching memory blocks to DISK or extended
memory. This is done by the use of a virtual memory manager
which transparently allows the programmer to access arrays of
any size. This not only makes programming of C programs with
large amounts of data easier but makes is portable to other
architecture's.

Several example programs are included in the package which
quickly show the easy of use of the array manager. The array
manager is simplest to use when used with C++.

The example programs are as follows

The number of virtual arrays is restricted to sixteen in the
unregistered version.

This price is for a single user license. A site license is
available at a very reasonable price.

If you use this software in any other Shareware or commercial
application please contact the author to make arrangements.

(prices are the same anywhere in the World)
please supply me with:

an unrestricted copy of the large array manager [ ]20 pounds


Files in the package.
VIRIMG.LIB- Software to allow virtual and large arrays
VIRIMG.H- Prototypes of procedures for creating
virtual arrays

This software is use by example, so the comments in this
document mainly explain the procedures that have been developed
to enable the use of huge and virtual arrays.

The functions described can only be used if the file
xarray.h is included in any files using extended arrays.

Arrays can be declared and used with any type or with a
class or structure.

In the header file xarray.h various variable types
have extended definitions. These types are as follows.

To create an extended array an 'x' must be prefixed
to the variable type and the size of the is in parenthesis
after the variable name.