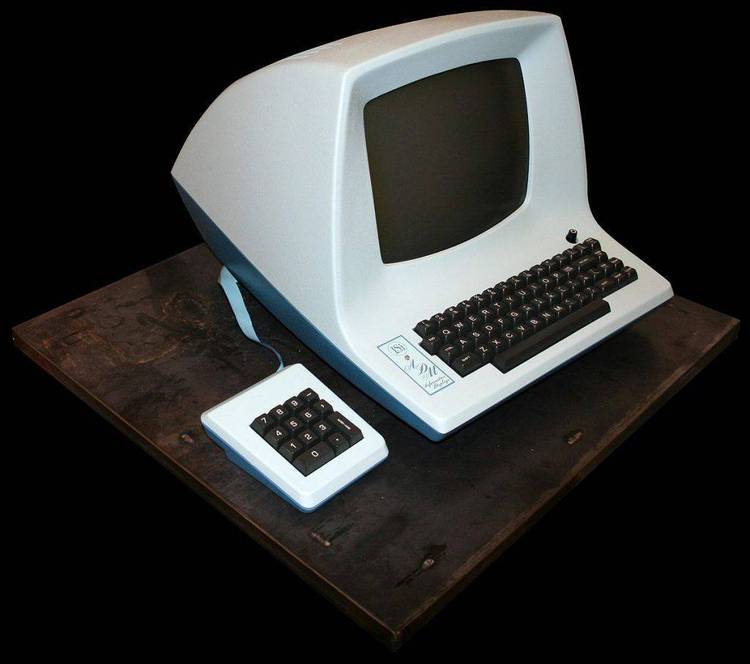 Enclosed is the latest version of PC-VT and its documentation.
PC-VT runs on the PC, the PCXT, and the PCAT under DOS 2.x and 3.x.
PC-VT no longer supports DOS 1.x. According to my users, it runs on many
compatibles but I have not tested it on anything except a COMPAQ Deskpro
286.

The documentation file is named PC-VT.DOC and can be copied to
any line printer. It's about 190 pages.

Now more about the version 10.1 of PC-VT. It includes an
enhanced version of the VT-100 emulator and a Tektronix 4010/4014
emulator. It supports both 132 column mode and high resolution graphics
with the addition of the Everex Edge board and high resolution graphics
with the addition of the Hercules graphics board. It supports the VMS
EVE editor as well as EDT and VI with special Keypad key bindings.
Windows are used for file transfer and the program can be completely
controlled by the host for automatic file transfer. The keyboard can be
remapped to suit your taste, screen colors can be set with Escape
Sequences, and you can recall screen data which has scrolled off the top
of the screen.

I have versions of XMODEM for the VAX running VMS ,for UNIX
System V and for UNIX 4.2BSD and a version of ZMODEM which runs under
Unix. You can get those by sending me a formatted 360Kb diskette for
each one you need and a pre-paid pre-addressed diskette mailer. Make
sure you tell me which ones you want. The XMODEM and ZMODEM programs are
public domain.

If you could upload PC-VT to your local BBS, I would appreciate
your help. You can upload this READ.ME file, PC-VT.EXE, HELP.DAT, and
PC-VT.DOC. If you receive this in a .ZIP file, just upload the entire
.ZIP file. If you can put them into a .ZIP file please do and name it
PC-VT101.ZIP.

Both the EXE module and source for PC-VT are available for
commercial distribution. Contact me for details of the licensing
arrangements and fees.

Some of the enhancements for version 10.0 of PC-VT are:

1. The dialer has been enlarged to 100 entries.
2. ZMODEM and YMODEM are now supported using the external DSZ program from
Omen Technology, Inc.
3. PC-VT Supports COM3 and COM4 for serial communications
4. The printer escape sequences are handled more like a VT terminal.
5. PC-VT does a better job of emulating the escape sequences to the local
printer.
6. PC-VT handles LPT1 through LPT4 and COM1 through COM4 for the
printer port.
7. RTS/CTS flow control has been added.
8. Added a SETUP feature to disable PC-VT Private Sequences.

Some of the enhancements for version 10.1 of PC-VT are:

Details of the changes are at the end of this read.me and in the
file readme.101

Since this program is user supported, it is user driven. I
continually make upgrades based on user requests. I bump the version
number only when a significant change occurs. Otherwise, I use a small
letter after the numeric revision number. Here is the list of upgrades
within this version:

Known Bugs in the User Supported Version of PC-VT :

I also distribute a program which re-routes printer output to a
disk file. It is called LPTx and 5 unique versions are available. Send a
formatted 360K diskette and a self-addressed diskette mailer if you
would like a copy. Seems to be most useful to users of dBaseIII+. You
can also check for the program on the Athena Systems board mentioned
above. The latest version is 7.0.

I hope that this program is of use to you. If it is and you
register it by sending a $35 copyright fee, I will tell you how to run
the program to get rid of the annoying "send money" message. For an
additional $20, you can order the complete PC-VT printed manual.

I would appreciate any comments which you might have regarding the
program or its usefulness. When you write, please indicate the version
number of PC-VT which you are using.

Using the standard selection mechanism (i.e the 6 key in the SETUP-B
frame after pointing to the correct feature column or the c key), you
can select these combinations :

For additional flexibility, you can select one of these ports and change
the Interrupt IRQ number. To change the IRQ number, select the correct
port with the 'c' key and then press the 'i' key. Each time you press
the 'i' key, the IRQ number will go up by one. It will cycle 0-7 and
repeat. Pick the IRQ number you want. Make sure you select a 'good' IRQ
number for your system. Selecting a 'bad' IRQ number (like one the disk
drive uses) will surely lock up your computer.

The port and IRQ information is saved with the SETUP and DIALER just
like all the other feature selections.

PC-VT also supports interrupt chaining. If you have two ports on a
single IRQ line, PC-VT checks the port's IID register. If the Interrupt
Pending bit is not on, it chains any other ISR that may be attached to
that IRQ line.

Thanks to Malcolm Michael at Triad for prompting this enhancement.

1. On the ANSI/VT52 selection on the SETUP B screen, you can now select

from the following prompt:

The new selection ANSI.SYS makes PC-VT interpret escape sequences
more like ANSI.SYS and less like the ANSI standard. Microsoft
chose to change some of the sequences when they developed
ANSI.SYS.