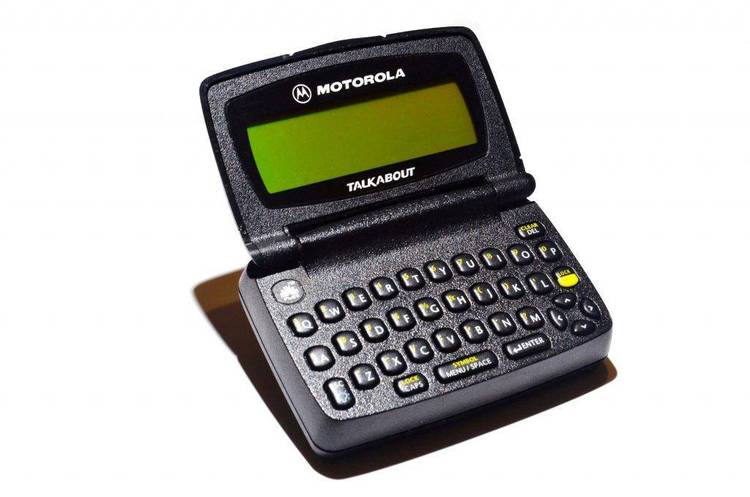 Contents of the PAGEIT.DOC file

NOTE: DO NOT confuse Alpha Numeric with ordinary digital pagers.

IN CASE OF PROBLEMS: This software is based on the IXO Telocator
protocol and has been tested on most major brands of alpha numeric
pagers. Although the IXO protocol is assumed to be a standard, there
are variances in timing constraints and prompt strings that may result
in occasional incompatibilities that cannot be adjusted for in one
generic version of PageIt software. If this version of PageIt does not
appear to work on your system, we can provide quick fixes to adjust
PageIt to your Vendors hardware. We are happy to do this WHEN we
receive your registration; and, I will GUARANTEE a working version or
your money back! If you are having problems, call us with the systems
hardware modem access phone number (the one you got from your hardware
vendor), the modem ID= code if not (M)anual and your pin account
number (if one is used) or your alpha pagers digital phone number.
(normally used when PIN numbers are not used). We will test the system
remotely, adjust the software, send you a message confirming that the
adjusted software is working and promptly mail you a copy on diskette.
Or, if you are able, allow you to immediately download it off our
support BBS.

WEIRD IRON: The one thing we cannot do is make your new fancy high
speed modem work at 300 baud if it is not engineered to do so. A lot
of new 16550 uart modem WONT work at 300 baud. Some will, but only by
setting special switches in the initialization string that enable the
old Bell standard rather than the newer CCITT protocol standard. This
might be B1, N0 etc. on some modems. Some Pager system hardware
(using the IXO protocol) may respond and CONNECT at 1200 or 2400. But,
do NOT be MISLED! They still ONLY exchange data at 300 baud! Your
modem MUST connect at 300 baud to handshake and pass data correctly.

Modes of Operation:
-------------------
PAGEIT has two general modes of operation. Automatic and Manual. In
the automatic mode, you can create a simple three line ascii text
file that contains your Systems ID code on the first line (try a
capital "M" if you don't know it the proper ID code. This will
usually work on most systems. If is does not, you will have to obtain
the ID passcode from the Vendor supplying you service) followed by
your Vendors system modem access phone number on the second line and
your pager phone number on the third line. (or a PIN number in place
of your Pagers phone number if PIN's are used). Most of this
information is obtained from the vendor where you purchased the
Reader Beeper.

When PAGEIT # is typed at the dos prompt, it automatically looks for
PAGEIT.DIR (note: a sample PAGEIT.DIR file is contained in the self
un compressing archive file called PAGEDIR.EXE) and if found, loads
the three lines of information into memory and immediately ask for
the 80 character message to send. This eliminates the user from
having to manually type the first three data fields and saves time
when constantly calling the same alpha reader beeper. If the file
(PAGEIT.DIR) is not found, PAGEIT reverts to manual mode and prompts
for the System ID Code (remember, try using capital M if you don't
know the System ID) followed by the Systems SPECIAL Modem access
phone number and THEN your pager's OWN phone number or PIN number.
Finally, you will enter the message to transmit which can be up to
eighty characters on standard systems.

The registered version of PAGEIT will allow a FOURTH line, consisting
of the text message, in the PAGEIT.DIR file. It is OPTIONAL whether
on not you fill it in. If you do, it will use it. If you don't,
PAGEIT will prompt you for the message you wish to send.

CAUTION: Don't unpack the PAGEDIR.EXE unless you intend to use it.
If the file is present, PAGEIT will NOT operate MANUALLY!

Note that the Call Waiting temporary defeat switch (*70,) has been
added to line two to prevent disruption if you get an incoming
call while PageIt is active.

To begin using PAGEIT, you must determine what free serial port exist
on your PC. This must be a port without other serial devices competing
for the same serial interrupt vector. Example: If you have a mouse on
COM1, you cannot also use COM3 because they share the same IRQ4 line.
Your modem must also be configured on a hardware level to be compatible
with your PC. Generally, if you are already using a serial communications
program like ProCom etc. you need only determine what port the comm
is successfully using.

The next step is to tell PAGEIT what port to use. This is as easy as
typing the port number after PAGEIT, i.e. "C:>PAGEIT 4". In this
example, comport 4 is selected.

A second parameter may be passed to PAGEIT to force it into a
MONOCHROME screen mode that is more suitable for using on some PC's
and LAPTOPS. This is accomplished as "C:>PAGEIT 4 M" where the "M"
tells it to remain in monochrome (black and white) mode.

A third parameter is used ONLY when it is necessary to re burn a new
modem initialization string into the body of the code. Example, some
modems will error out with the &D2 command and others will not hang
up correctly without it. Some modem manual reading and or
experimentation may be necessary. A quick way to test a modem command
string is to enter it from terminal mode via your favorite comm
program (example : ATM1) and see if you get an OK or ERROR reply.
PAGEIT comes with a generic string already loaded, which is
"ATM1V1X4S7=45". It may also be necessary, depending on the brand of
modem, to add &C1 and or &D2 and or N0 and or B1. If it is necessary
to re burn a new string, it must be the THIRD parameter on the command
line as in this example: "C:>PAGEIT 4 M ATM1&D2V1X4S7=46S11=70"
1 2 3.....................

Remember, the newer high speed (9600/14400) modems generally need the
N0 and or B1 switch to force the modem into the old Bell 300 baud
standard rather than the later CCITT protocol.

When re burning a new string, you will note the drive light turn on for
a few seconds as the new code replaces the old. The next time you run
PAGEIT, the new string will be automatically used.