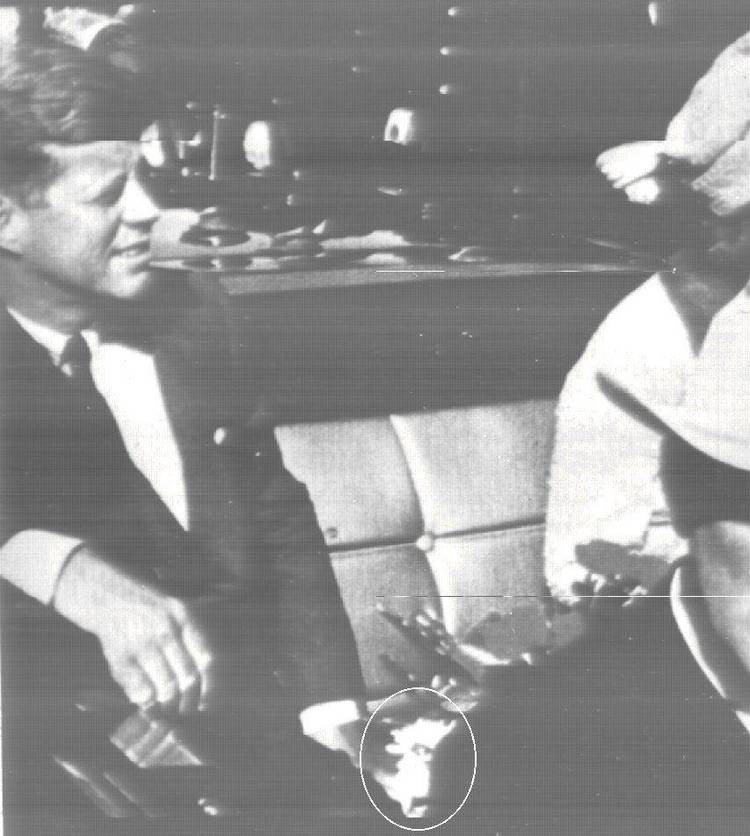 Contents of the CISMAIL.DOC file

The OzCIS Address Book stores names and UserID numbers of, and
comments about, people with whom you're in frequent contact on CIS.
Its window can be opened from many places in the program,
including the editors.

The "book" is a plain-text file called ADDRBOOK.DB ("DB" means
"database") whose contents can be viewed with a file viewer like
LIST.COM or edited with any text editor. (CAUTION: If you edit
ADDRBOOK.DB outside of OzCIS, *ALWAYS* save the file as a plain-text
file - never in the proprietary file format of a word-processing
program like Microsoft Word, WordStar, and so on. ADDRBOOK.DB should
not be renamed, and it should be stored in the directory where
OZCIS.EXE itself resides).

There is an ADDRBOOK.DB in the OzCIS distribution archives; but you
you could create it from within OzCIS - as follows:

(which will appear if you don't unpack ADDRBOOK.DB from the OzCIS
distribution archive that contains it.)

As in some other OzCIS dialogues, information about each data field
appears at the bottom of the screen. Hints about commands used in the
dialogue appear in the dialogue window's border.


NAME field: Enter a name - as many characters as the width of the
window. Don't enter a CIS UserID number here.

ADDRESS field: This is the field for the CIS UserID number; it can
hold up to 132 characters. When the text of the address is wider than
the window, OzCIS automatically scrolls it left and right as you edit
it or move the cursor through it.

NOTES field: You can enter up to three comment lines. The number of
characters allowed per line is equal to the screen width of the field.

IMPORTANT: OzCIS uses semicolons in the ADDRBOOK.DB file to separate
blocks of information from one another within a given
entry. NEVER type a semicolon into the data fields of any
address book entry.

Press F10 to save the new entry. If you change your mind, press ESC
(or click the right mouse button) to close the dialogue without
saving. If you're creating a new Address Book from scratch and close
this first entry's dialogue without saving the information, OzCIS will
not write the ADDRBOOK.DB file to disk.

OzCIS often places brackets around the UserID number - e.g.,
"[12345,6789]". This is normal. CIS automatically strips the brackets.
Sometimes OzCIS itself needs them for sorting or other purposes;
please don't remove them.

If you create an Address Book entry without filling in the name, or if
you enter something in the Address field that OzCIS doesn't recognize
as a bona fide UserID number, "UNKNOWN" will appear in the Address
Book after you've saved the entry. Editing that entry and correcting
the information in the field in question will remove "UNKNOWN."

As you add names, the Address Book window expands vertically. After it
has reached its maximum depth and when there are more entries than fit
into one window, you can scroll the list up and down via the mouse
(and scroll bars) or via the PG UP, PG DN, HOME, and END keys. (When
there are more names than will fit into the window, OzCIS displays
"MORE" in the lower-right-hand part of the window frame.)

As soon as you have more than one name in the Address Book, it becomes
a pick-list. Select an entry using the highlighted cursor bar or
by left-clicking its name with the mouse.

You can move through the Address Book by typing the first character of
a name you want to find. Each time you press a key, the cursor bar


will jump to the next entry beginning with that character. When the
bar has reached the last matching entry, another press of the same key
will send the bar back to the first matching entry. If two entries
begin with the same characters, you can narrow the selection by typing
as many characters as are needed to make the name unique. Typing "ca"
would make the cursor bar jump first to "cab" and only after that to
"car". But typing "car" would send the bar straight to "car".

When a name in the Address Book is highlighted, pressing ENTER selects
the EDIT command by default. (Or left-click "EDIT" or press ALT-E.)
Press F10 to save the edits or ESC to close the editing dialogue
without saving them.

Move the cursor bar to the entry you want to delete. Left-click on
"DELETE" in the menu bar or press ALT-D. OzCIS will then ask you to
confirm the deletion.

Press ESC, or click the right mouse button, or left-click "QUIT" in
the menu bar, or press ALT-Q.

Enter the person's name into the NAME field. In the ADDRESS field,
enter:

In the (extremely unlikely) event the Internet address is too long to
fit into the ADDRESS field, try:

Other such gateways or services (FAX, POSTAL, and so on) are
discussed in documentation you can obtain from CIS.

OzCIS comes with a utility called SORTADDR.EXE, used to sort the names
in the ADDRBOOK.DB file quickly. See the file UTILS.DOC for more
information on SORTADDR.EXE. You can also move lines around in
ADDRBOOK.DB by loading the file into a text editor (including OzCIS'
own General Editor) - BUT:

CAUTION: If you edit ADDRBOOK.DB, make sure that

1) You do not allow any line-wrapping to occur. Each
address entry, INCLUDING any associated comments,
must be on a SINGLE line.

2) The file is saved in plain-text format.

3) All semicolons on each line are left intact.

Before moving on to the next section, add two or three names and
UserID numbers to the Address Book, even if they are fictitious.
You'll use them in an upcoming tutorial; you can delete any fake
entries later on.

o Give the "reply" command in the Message Reader, which splits the
screen and starts the Reply Editor.

o Before sending new outgoing mail, you can review it (and change it
if need be) using the Review Editor.

OzCIS' fifth editor is the General Editor, whose commands will be
discussed later in this file.

Detailed reference sections for the editors' command sets will follow,
along with more information on other CISMail functions. First, a kind of
tutorial for new users, covering the following subjects:

Start a new outgoing message - type a few lines. As you type, OzCIS
performs line-wrapping, breaking the lines at the column you specified
during general program configuration. Note the status-line display of
information about what you're writing: cursor position by line number,
by column number, by number of characters into the message, and
finally the total number of characters entered so far.

If you change your mind and decide to abandon the new message, press
ESC or select QUIT from the menu bar. OzCIS will ask you to confirm
abandoning the message. Answer YES, and you'll be returned to the main
screen. Answer NO (or press ESC), and you'll be back in the editor.

Here are some of the cursor- and screen-control commands used in the
New Message Editor:

When you've typed several lines of text, select SEND from the top-line
menu (not SAVE, which has a different purpose).

OzCIS doesn't yet know who the recipient is and opens a MESSAGE
ADDRESS dialogue, which contains NAME, ADDRESS, SUBJECT, RECEIPT, and
COPIES fields. Note that the dialogue's window frame contains hints
on commands available when the cursor is in a particular data field.

(The limit for FORUM message subject lines is 24 characters.)

At this point you could close the MESSAGE ADDRESS dialogue by pressing
F10, confirming the newly-entered name/address information and saving
the outgoing message. The New Message Editor would close and you'd
return to the main screen. But don't press F10 yet; there's more you
can do here with the Address Book.

Move the cursor into the NAME field of the MESSAGE ADDRESS dialogue.
Press F2 to open the Address Book again. Highlight an entry different
from the one you selected the last time and press ENTER. Note how the
old name/address information is completely replaced by the new
information (the SUBJECT field doesn't change).

Here is a way of storing new name/address information without having
to re-type it into the Address Book:

With the cursor in any of the MESSAGE ADDRESS dialogue fields, press
F4. The Address Book window opens again, but pressing F4 also opens
the EDIT ADDRESS BOOK ENTRY dialogue. OzCIS automatically puts the
recipient's name and address information into the dialogue. Type a
comment into the Notes field if you wish.

NOW confirm the new information by pressing F10, saving it into the
Address Book (and closing the edit-dialogue). Right: You've entered
your own name and UserID into the Address Book.


Close the MESSAGE ADDRESS dialogue by pressing F10 again. The message
you're sending to yourself is now saved to disk, and you're back at
the main screen. OzCIS saves outgoing CISMail messages into the file
CISMAIL.REP, which is stored in the same directory as OZCIS.EXE.

NOTE: Whenever you open the Address Book in an OzCIS editor, all
Address Book functions are available. You can also open the
Address Book (via the top-line ADDRESS menu) BEFORE you give the
"save message" command. When you do save the new message, the
MESSAGE ADDRESS dialogue will appear again for you to confirm
the information about the recipient.

There is a method of saving a new message and REMAINING in the New
Message Editor to write another message. For information about that
command, see the upcoming command reference section for the editor.


WHAT NOT TO PUT INTO CISMAIL MESSAGES

The following apply to CISMail messages and forum messages alike:
Never place CTRL or "highbit" characters into your messages. The one
exception is the "split message" character (which OzCIS can place into
the message text for you).

NEVER type a semicolon as the FIRST character of a line in a message;
OzCIS will take it to be part of an instruction. This will lead to
undesirable results (errors when transmitting mail, or what will look
like file corruption if you try to read the outgoing mail in the
Review Editor). If you need to place a semicolon as the first
character on a line, first indent the line by at least one space, then
type the semicolon.

NEVER enter either a semicolon, nor a double-quote mark ( " ), into
ANY part of a message address (in a CISMail message or forum message).

CISMail lines will always break exactly as YOU wrote them. Not so with
forum messages: CIS dynamically reformats forum messages to varying
line lengths, based on callers' screen widths, many of which will be
different from yours (width information is stored in each caller's
on-line profile data). You can tell OzCIS to prevent this dynamic
reformatting when you save outgoing forum messages (more on that in
the documentation file FORUMS.DOC).

Now you'll transmit the new message to yourself.

Make sure you have chosen the right Host (note the display in the
upper-left of the main screen). If you need to change it, select
CONFIGURATION > HOSTS MAINTENANCE. The AVAILABLE HOSTS window opens.
Highlight the desired Host name and choose SELECT (ALT-S) from the
menu. The new Host name is now displayed on the main screen.

Select MAIL > SEND/RECEIVE MAIL ONLINE. OzCIS goes into terminal
mode and dials the Host. Note the status messages at the bottom of the
screen as OzCIS logs onto CIS, enters your UserID and password, then
goes to the CISMail service and sends the outgoing mail. This
description assumes there isn't any new mail waiting for you. If there
is, OzCIS first retrieves it, then sends your outgoing mail.

NOTE: During dialing and as OzCIS begins making the connection to CIS,
it displays "