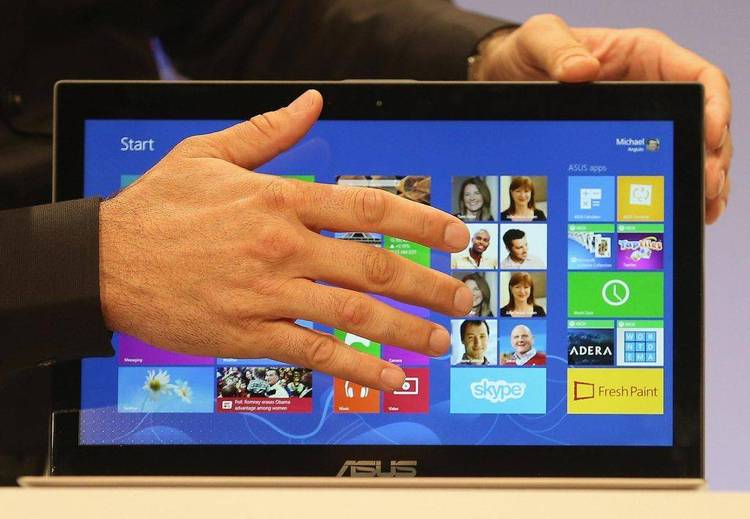 Contents of the MEGALINK.DOC file


Acknowledgements
----------------
I would like to acknowledge the work of those who have done this before me.
First, Chuck Forsberg, for his never ending quest for speed and reliability.
Second, Ward Christensen, whose ideas are the genesis of this whole branch
of file transfer technology. Third, Peter Boswell, for showing me the way
to a network friendly protocol. Last, Tom Jennings, for the work he did
on Fido and the Telink protocol, which introduced the "link" style header
record, now in use by all "link" type protocols.

For those that are not aware, these pioneers are responsible for the following
work:

Why Another Protocol?
---------------------
In many respects, the design of a protocol has become a discussion between
the above mentioned pioneers, each building on the work of the other. Each
has perceived a weakness in the protocols that have gone before and sought
to improve the art. And that is the most elegant reason for a new protocol,
to advance the art.

I won't bother with a discussion of the merits of Xmodem. Others have done
that far better than I could. Let me address the more modern variations.
These are my opinions, based on experience and reading the literature.

Zmodem - The ideal protocol. Highly reliable and fast. Only failing
is that the cost of implementation is high.

Ymodem - Very fast, but not network friendly. Also leaves something
to be desired on the reliability front. Error correction is
slow.

WXmodem - Fast and network friendly. However, several questions exist
with regard to reliability.

So, it our goal to design and implement a protocol that meets or exceeds
the following criteria:

1. Fast. Efficency must exceed 95% on average basis.
2. Reliable. Known defects in prior protocols must be corrected.
3. Inexpensive. Implementation cost must be low.

RELIABILITY
-----------
To improve the reliability of the protocol, we have choosen to use the
new CRC-32 technology. The algorithm for this procedure will be given
later in this document. Also, the Ack/Nak packets will be composed of
3 bytes, as was done in the SEAlink protocol. Like WXmodem we will
honor all network XOFF signals at the transmitter end.

SPEED
-----
Several things are going to be done to improve speed. First, the block
size will be increased from 128 to 512 bytes. This reduces the number
of envelope characters. Like Zmodem, MEGAlink will be a full streaming
protocol, thus eliminating the turn-around time involved with Xmodem
and Ymodem.

Receiver discipline
-------------------
The receive side of a MEGAlink transfer has three possible packets it can
use. Each is three characters in length as follows:

The 'C' packet is sent only at the start of each file transfer. It is sent
by the receiver at 5 second intervals, until the transmitter begins. After
that it is not used again until the next file is begun, or the next session
is begun, if only 1 file is transmitted.

The Nak packet is used to request the retransmission of the specified packet.

The Ack packet is used to indicate the highest packet received without error.

Normally, the receiver remains quiet. The only time packets are required of
the receiver are at the beginning of the transfer, as outlined below, and upon
receipt of an RS character, the Request Status character. The receiver must
respond to the RS character with an Ack packet, reflecting the highest block
received in without error. Of course, the receiver should send a Nak packet
whenever a block is received with an error condition.

Note, that to maintain network friendliness, no packet may contain a XON or
XOFF character. These characters must be sent as two characters, first a
DLE, followed by the folded XON or XOFF. Characters are folded by XOR'ing
them with decimal 64. This scheme requires that the DLE character is
escaped and folded in the same manner.

1) Send a header block. Contains file name and other information
about the file.

3) Send an RS character, forces receiver to Ack the highest packet
he has received without error.

4) Send an EOT character, signals end-of-file to the receiver.


Data blocks are sent without pause. The transmitter should have enough
buffers to cover the turn-around delay, so that any block the receiver
may Nak will still be available in memory for retransmission.

Note, that to maintain network friendliness, no packet may contain a XON or
XOFF character. These characters must be sent as two characters, first a
DLE, followed by the folded XON or XOFF. Characters are folded by XOR'ing
them with decimal 64. This scheme requires that the DLE character is
escaped and folded in the same manner.


If necessary, the last data block can be padded with CP/M EOF characters.

Note: all CRC bytes are transmitted from high to low order, NOT in the
more usual byte-reversed format.

At the end of the transaction, the "opening Nak" is repeated by the receiver.
This is to allow for batch transmission, if more than one file were to be sent
the transmitter would pick-up and start by sending the next header block and
the transaction would continue from that point as shown.

The format of the header block conforms to the standard "link" format.
Established by Tom Jennings when he designed the Telink protocol, also
used by the SEAlink protocol.

4 4 Date and time file was last mofified, in
seconds since 1979. Same format DOS uses
in the directory entry.

25 15 Name of transmitting program, as a null
terminated string.


CRC Calculator
--------------
The following routines demonstrate the technique used to calculate CRC's,
both 16 & 32 bit varieties, used in MEGAlink. The code is written in
Turbo PASCAL.

Thanks to Mr. Chuck Forsberg, "Forsberg's CRC Variation" can be introduced.
It involves initializing the CRC Register to $FFFFFFFF instead of the normal
zero. The use of this variation is signaled by a handshake between transmitter
and receiver. The receiver sends an opening nak packet containing a 'C' and 2
bytes of 00 and FF hex. If the receiver desires to use "Forsberg's CRC
Variation", he should code the bytes following the 'C' as 01 and FE. If the
transmitter is capable of using "Forsberg's CRC Variation" he will signal this
in the header block, see offset 24 above. The transmitter will adjust to use
whichever CRC is requested by receiver, thus maintaining downward compatibility.


Buffer Management
-----------------
It is the responsibility of the transmitter to have enough buffer space
to cover the Nak turn-around time at a particular baud rate. Otherwise,
in full stream mode, the receiver may Nak for a block that is not available.
For example, at 2400 baud, assuming a turn-around delay of 6 seconds, the
transmitter should have at least room for 4 blocks in his buffer area. This
in my opinion, would be cutting it TOO CLOSE, I would recommend a margin of
at least 2 times or more. In GT PowerComm, the first program to implement
MEGAlink, we have a ring buffer of 32 blocks. This is very easy to use,
because the the Nak'ed block numbers can be AND'ed with $1F to produce the
buffer number. At 2400 baud, 32 blocks in the buffer amounts to more than
60 seconds. This gives the receive side ample time to turn-around any Nak.

Notice that at higher baud rates, the time margin shrinks. For example,
at 9600 baud, the time margin for 32 blocks shrinks to about 14 seconds.
This would probably be fine for a direct connect, but would not be good
over a network such as PC Pursuit. (This is not very important now, PC
Pursuit is barely scratching the surface of 2400 baud at this time, 4/20/87.)
At these higher baud rates, the transmitter must use flow control techniques to
insure that an adequate time margin is maintained. This can be done by issuing
an RS, Request Status, command to the receive side. The receiver should reply
with an Ack packet indicating the last good packet received. The transmitter
should wait for reception of this Ack prior to continuing the dialog. In
effect this is a self-imposed flow control. The transmitter must be smart
enough to recognize the need for such, based on the baud rate and available
buffer space. Theoretically, if enough buffer space was available to the
transmitter, it could continue to stream at any baud rate.

The transmitter, upon receipt of a Nak, will immediately dump the contents of
the serial port output buffer and resend the requested packet. At this point,
due to the probability of a loss-of-sync error, which cannot be recovered, the
send and receive side now drop to start-stop mode to correct the error. In
other words, the receiver must Ack a packet that he receives in good shape
after a prior Nak has been sent for the packet. The sender will not restart
the stream of packets until this Ack has been received. This prevents any
chance for loss-of-sync at this juncture. Also important to recognize is
that the receive side of the transfer must have good code to find the start
of a packet. It will have a fairly unique signature, i.e. the character EM
followed by two characters that are the complements of each other. Especially
considering the fact that the receiver is looking for a particular packet at
this point, the occurence of a false signature is unlikely.

GT implements the "resend-and-see" approach, this is the most direct and
usually the best. Even if the Nak is faulty, GT will choose from the 32
buffers and send a block. If the block is too high or too low, the receiver
will Nak again. This type of dialog usually leads to a resolution of the
error condition, on all but the worst lines. Naturally, even the best
protocols fail on the worst lines!