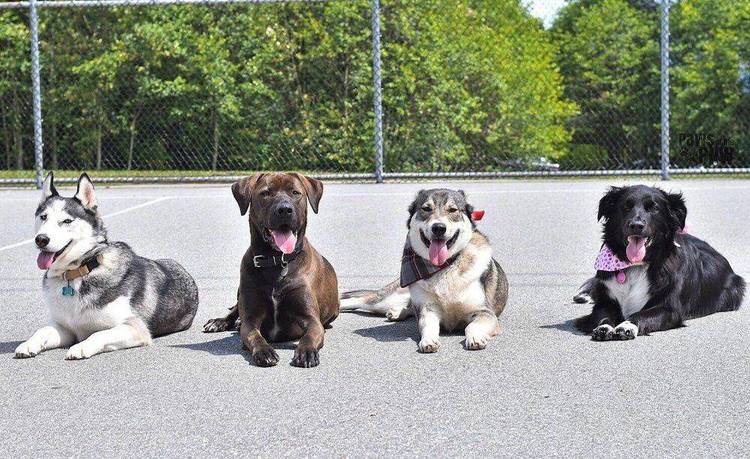 Contents of the CIS.TXT file

Params in square brackets are required, those in curly braces are optional.

This program was designed to be called from within another comm program to
add support for the CIS "B" and "QuickB" protocols and simple VidTex term
emulation. Examples of programs with this capability are Boyan and OzCom5.
The program can also be used with most any commware that has a "Shell to DOS"
capability. When using OZBEXT with a program that has "Shell-to-DOS" but
does not directly support external modules, it is suggested that you create
a batch file calling the program with the correct parameters.

In order for the program to function, it must be loaded prior to requesting
the transfer from CIS. CIS "interrogates" your program when a "B" protocol
transfer is requested, and unless this program is running it will not be
responded to properly. Where possible, it is suggested that you load OZBEXT
as soon as possible after logging on to CIS, using the "-X" command-line
switch, and stay in OZBEXT for the duration of the call.

The following keystroke commands are available within OZBEXT:

OZBEXT fully supports both standard "B" and the new "QuickB" protocols.
Detection of protocol type and transport parameter setting is fully
automatic.
To abort a transfer in progress, use ^X (NOT Alt-X!) The setting of the
-x parameter is respected.
Note that CompuServe normally logs on at 7 bits/Even parity, while the "B"
protocols require 8 bits/No parity. The switching of these parameters for
the transfer is automatic.

* (3.71) Two figures are now displayed at the end of a transfer - the overall
transfer rate and the effective rate. The overall rate is the average bytes
per second for all bytes sent or received during the transfer, while the
effective rate is for the actual contents of the file sent/received.
Because of the way the B/QB protocols use "masking" bytes, and because of
at least 2 extra packets containing control information only, there will
almost always be a difference between the two figures - a difference that
usually will increase somewhat as the size of the transfered file increases.
While the effective rate is the true measure of worth for any transfer, the
quest for the highest possible bytes/second number leads most programmers
to use the overall figure. So that my programs will appear "competitive",
I provide the overall figure, but I suggest that you use the effective rate
number when comparing actual transfers.

Thanks to IBMNet SysOps Connie Kageyama and Don Watkins for the idea for this
program.

This program was designed to be as small and compact as possible - there are
darn few "bells and whistles". It's "big brother" OZQB (also available here
and elsewhere) has many added features such as RLE graphics support on most
any monitor, "Split-Screen" mode for easy conferencing, full function key
support, Shell-to-DOS capability including calling other external protocol
modules such as DSZ, automatic VidTex/ANSI support selection and more. It is
quite a bit larger and requires at least 450K when called from within another
comm program (192K stand-alone) but is still small enough and quick enough
to be used as a called module on the typical 512K - 640K system. If you like
this program but need the added capabilities, try OZQB.

With the release of OZQB, the two programs will take different directions -
OZBEXT will continue to be small and compact, providing only the minimum
functions nessessary in support of "B" and "QuickB", while OZQB will be the
"featureitis" version. I am also working on a new version of OzCom for the
full-featured commware user.

This program was written completely in Turbo Pascal 4.0.

Starting with this release of this document, I will attempt to add information
concerning specific comm programs that may possibly have problems with OZBEXT,
or answer questions about OZBEXT and other comm programs.

SmartCom (versions II and III): This program does some really wierd things
with both the serial port and the video. Since OZBEXT does *all* of its
screen output thru DOS via DOS service 06h, and I do not have access to the
inner workings of the various versions of SCom, I can't say why a video
lockup occurs when SCom returns from OZBEXT... but video lockup it does.
The port still functions normally (after much work) and is properly re-
initialized on return, but still no video. Final recomendation: do NOT
use OZBEXT with SCom unless you intend to use OZBEXT for the entire CIS
session. You will be forced to exit SCom after returning from OZBEXT.

BitCom (various versions): BitCom has changed a great deal across versions in
the port-handling and port-reset-on-return-from-shell areas. Earlier ver-
sions (2.6 et al) do not reset the port on return from a shellout, which
causes BitCom to seemingly lock up on return. A simple way to cure this
is to, on return, use BitCom's parameter-setting function to change the
port params from 8/N/1 to 7/E/1 (or vice versa) and back. This resets the
port and returns control to BitCom. Note that you may loose a few char-
acters from the host while you do this switch. Also, this is another
program that I recomend you use OZBEXT in -X mode and stay within OZBEXT
while connected to CIS.

SmartTerm 220/240 (latest versions): OZBEXT works fine with these programs.
While they are primarily terminal emulators (exellent ones!) and are seldom
used as modem communications programs, some folks use 'em for both.

PROCOMM ("Plus" version and earlier): While version 2.4.2 of this program's
B implementation seems to work OK, earlier versions and the new "Plus"
version's B protocol is full of bugs. You definately should use OZBEXT
or another external B module with PROCOMM. PROCOMM's shellout function
presents no known problems.

QModem, Boyan, OzCom5: All of these programs work fine with OZBEXT and every
other external module for any protocol type known. They should - they were
designed for external modules! I've used QModem in its various releases
for years and know John Friel's program to be rock-solid. Boyan, while
lacking some of the bells-and-whistles of some of the other comm programs,
is by far the smoothest and friendliest commware around for the novice to
medium-power user. OzCom5... well, I wrote it. Oh, yes... Telix 2.12 is
another exellent program that supports OZBEXT and other external modules
nicely.

AutoSIG and TAPCIS: Don't waste your time with OZBEXT. Both of these pro-
grams have exellent B protocol implementations internally. They are de-
signed exclusively for CIS use and provide many features no other comm
programs can match for accessing CompuServe. TAPCIS does a few things
AutoSIG will not, while AutoSIG is free and TAPCIS is shareware at $79.
Take your pick - you won't be disappointed with either.

If you use OZBEXT with a program (especially commercial) not listed here,
please drop me a note at one of the above addresses letting me know how it
works for you. If you have a problem, don't hesitate to let me know that
either. While I'm a very busy man, I'll do what I can to help you. Connie
Kageyama, Co-SysOp of IBMNet on CIS, has been extremely helpful while I
developed and debugged this program (as have all of the IBMNet SysOps!) and
can also provide you with help and information. I can respond much faster to
messages sent either directly to my board or to my board via FidoNet NetMail.