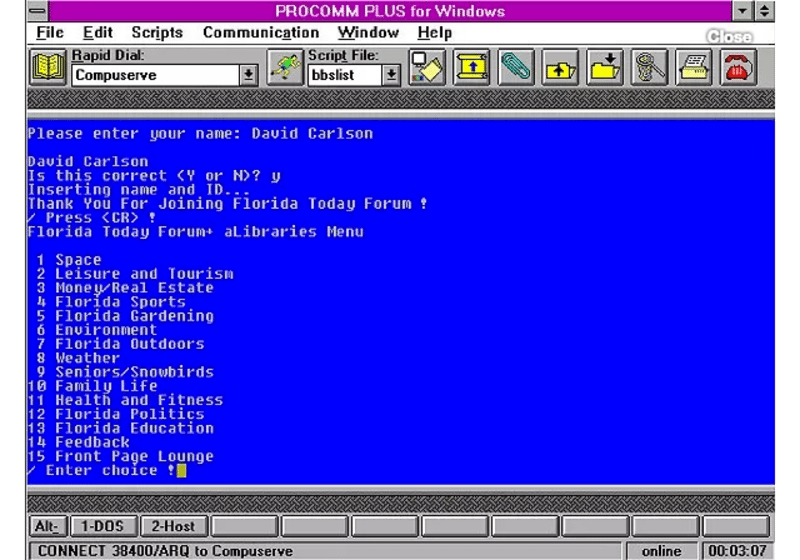 PROBLEM: Procomm sets bit zero of the 'IER' prior to processing
the DOS Shell or Files commands. Hayes and most other
modems don't seem concerned with this and work okey.
However the IBM Internal Modem will go to sleep shortly
after displaying the initial DOS Version ?.? etc etc
line.

SOLUTION: The solution to this problem and most of the original
research for this problem was done by Guido L. Arocha
located in Boco Raton, Fla. Most credit for the work,
research and fix should go to him.

NOTE: The bug shows up on a lot of computers other than IBM.
Some of the other computers include; Atari, Apple,
Heath-Zenith and many IBM clones.

APPLY FIX:Start batch file, "procm.bat" and follow the prompts.
It might be helpful to print off the BAT file for
reference. The assembler code is included in case of
need. After patch is in place and tested, you can
delete unused/unwanted files and del un-needed REM's
in the BAT file and save storage and exec time.