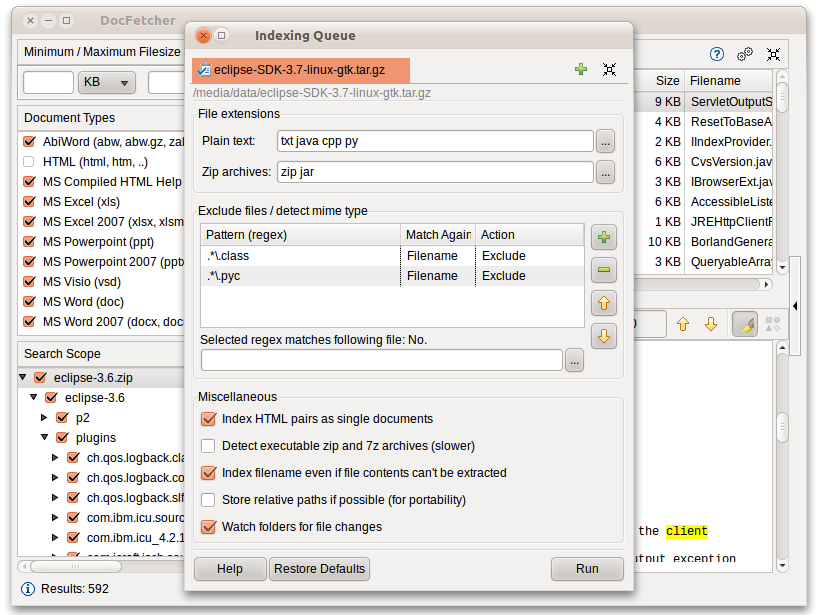 Contents of the AREA300.DOC file

ENTRY METHODS:
| Entries are taken from either the command line or the "window" on the
| screen. Either upper or lower case may be used.

The "AREA 616" type of entry results in a "window" describing the
area code's locale (Western Michigan, in this case).

The "AREA CA" type of entry results in a "window" listing all
area codes in that state/province (all in California, here).

The "AREA A" type of entry results in a window showing all the
states/provinces whose abbreviation or name begin with that
letter. Useful when you can't remember the abbreviation. This
| was ADDED in 2.40 (acknowledgement below) and extended in 3.00.

| a) You can enter from the command line with no entry after the
| file name, then make the entry on the screen window. You
| can even back-space within the window and re-enter corrected
| or new data.

Improper entry syntax results in a screen advising the proper syntax or
the type of error.

NOTES ON CANADIAN PROVINCE USAGE:
I use the abbreviations of the Canadian Provinces as shown, from a
generous Canadian who looked them up in the Canada Post Guide:
AB Alberta BC British Columbia LB Labrador
MB Manitoba NF Newfoundland NB New Brunswick
NT Northwest Terr. NS Nova Scotia ON Ontario
PE Prince Edward Is PQ Province of Quebec SK Saskatchewan
YT Yukon
These were incorporated in AREA230; acknowledgement below.

THE PROGRAM:
If you are using a Color display, the program presents the information
in a color window by doing a block move (QuickBasic command PCOPY) from
page 0 to page 1, then over-printing on page 1. The escape-key exit
moves the displayed page back to page 0, where it started, so that
prior display information is not lost. For this reason, it may not
work with all the various windowed systems existing today.

| AREA 3.00 works only with the COLOR 80 x 25 mode in effect, though it
| may work with displays with more lines or characters depending on how
| those modes were programmed. Another program is still in development
| that will work in graphics modes.

The program has been tested by the author and beta-testers on 80 x
25 color CGA, EGA and VGA screens under various DOS 3.x and 4.x levels
on IBM PC's, AT's and PS/2 Model 80's. Some 80 x 35 displays with
other display adapters (tested EVEREX cards & software) work fine.
Some EGA/VGA CRT fancy-font programs do not work well. It appears the
PCOPY command doesn't work correctly with them. I suspect some of the
programmers of the fancy-font programs/loaders of having implemented
their programs without regard to the support of multiple video pages as
DOS implements them.

AREA does not support 1) 40-column displays, 2)Graphics modes, or 3)
the PC-3270. No OS/2 testing has been performed and no reports have
| been received. It is also not intended for use under Windows, although
| it runs in a DOS window under Windows.

The source code (Microsoft QuickBASIC) is included. Please don't
distribute your additions/modifications, but refer them to the author
for coordination with other recommendations. Your use of any SEGMENT
of the code for your own programs is granted.

PUBLIC DOMAIN:
This program is released to the public domain subject to the
restrictions noted herein.

NOTICE TO SHARE-WARE DISTRIBUTORS & OTHERS:
From version 2.30 of AREA (dated December 20, 1989) onward, this
restriction is effective. No person or firm or other entity is
entitled to profit of any kind as a result of distributing this
program. It is NOT to be distributed via any other means than
electronic bulletin boards or direct end-user to end-user diskette
copies or users groups and clubs. I will take such action as I see fit
against those who seek to make any profit from the distribution of this
program.

If anyone sees this program being distributed in violation of this
notice, please, please, send me a note.

| The reason for this restriction is that Shareware distributors ususally
| don't care what version of the program they distribute; older versions
| then get uploaded to BBS's by persons who think they are recent,
| resulting in all sorts of confusion to the BBS SYSOPs and later users.

DISCLAIMERS:
The author has taken reasonable precautions, but assumes NO liability
whatever for damages of any kind resulting from the use of this
program. Since it is distributed free of charge, you must USE it only
AT YOUR OWN RISK.
No disk reads or writes are used. The length of the AREA.EXE file
contained in the AREA300.ZIP package when un-zipped is 55204 bytes.

| NOTES FOR USE WITH BBS's:
| This version has been compiled using a version of QuickBasic 4.5 that
| has been patched to NOT drop the DTR line on exit (as taken from the
| documentation for RBBS-17.2b). Thus, one can see an area-code used in
| a BBS message, shell to DOS from your comms program, use AREA to find
| out where that area-code is located, ESC from AREA, EXIT from the DOS
| shell and be back at the BBS at the messages in question and still be
| on-line.

REQUEST:
All suggestions are appreciated. If you detect errors, PLEASE send a
note to the author. Please include AREA Version, DOS, Type of display
adapter and the number of lines in use on the display. If you are
adept at DEBUG, also include a dump of video interface variables, using
"-D40:40".

Update History:
1.00 A non-window-display version.
2.00 Debugging the window.
2.01 First Release.
2.02 Noted split of 312 into 312/708 (Chicago & Suburbs).
2.03 407 correction contributed by John Pulliam of Melbourne, FL.
Thanks, John!
2.10 Code clean-up, better structures & comments.
2.11 Not Released. Fixed errors-incorrect description of 719 and 508
codes.
2.20 Fixed control structure error when printing AREA CODE NOT USED.
2.30 The best change was the incorporation of the Canadian Province
usage contributed by Dave Bobier with TDB Business Systems of
Agincourt, Ontario. Many thanks, Dave!
Fixed 718 area code. Deleted Mexico (it was wrong).
Monochrome displays are now in-line supported.
2.40 Fixed blank-line bug in Mono screen.
Fixed 903 area code
Incorporated the excellent suggestion of Jim McKane with Ziegler-
Brown Ltd of Kitchener, Ontario that results in the "AREA A" type
of entry and display. Many thanks, Jim!
3.00 Recode for data-entry either on the command line or in the
window. Changed Kentucky's abbreviation to "KT" at the
suggestion of Henry Taylor of Lincoln, VA. Tx, Henry!