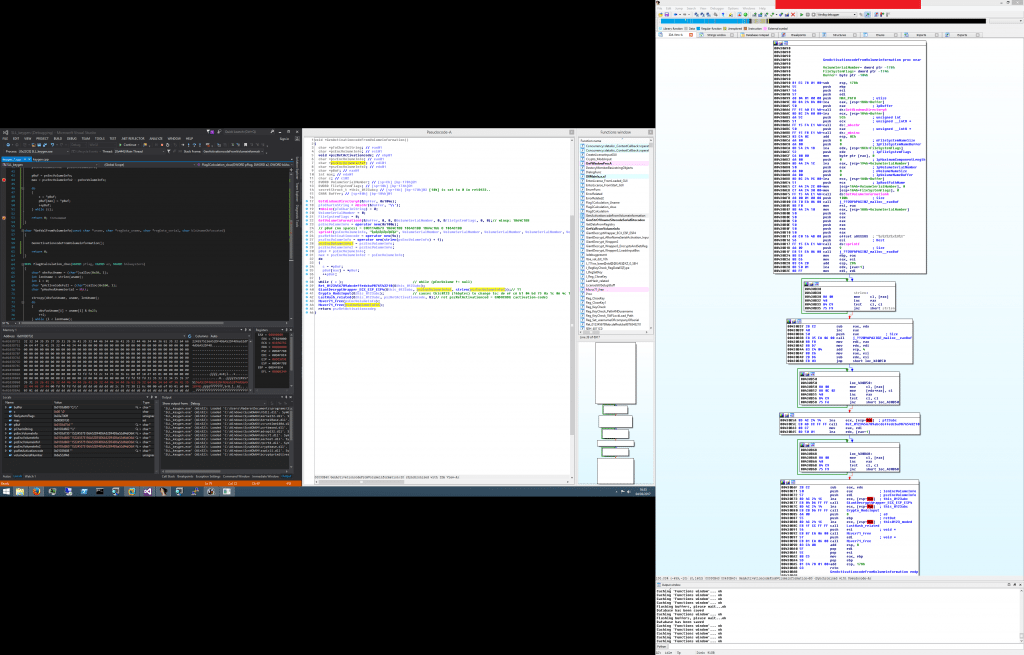 This package contains a complex number class for use with Zortech C++
version 2.01. It was taken directly from the #160 January 1990 issue
of Dr.Dobb's Journal. A demo program called Biomorph was also given
which generates 'non-standard' fractal images. Biomorph originally
called the author's own low-level graphics routines which he didn't
supply in the article, so I modified Biomorph to use Zortech's Flash
Graphics Library. I have also included a program called Mutant which
is the same as Biomorph except for a different pixel coloring scheme.
There are many more ways to modify these programs. Have fun!

BIOMORPHMakefile for the Biomorph fractal generator.
BIOMORPH.CPPSource for Biomorph.
BIOMORPH.EXEBiomorph program. Note- this program was compiled
using the -f switch (causes inline 8087 code to be
generated).