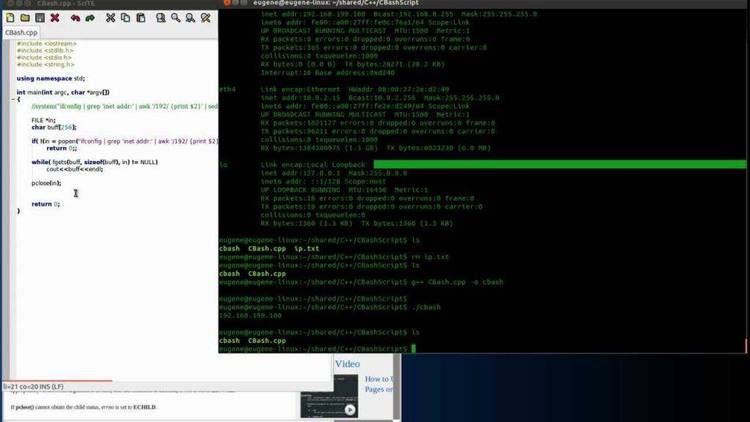 
The following describes some of the features of the Unix(tm) like shell
for DOS that I have written. It is intended as a productivity aid, not
an exact duplicate of either the C or Bourne shells. There are some
features taken from both. Minor details may vary. Compatibility flames
should be routed to /dev/null.

The program was written using the Microsoft C compiler. Most of the code
should be fairly portable (which is easy to say, since I haven't tried to
port any of it). I compile it using the small memory model. There has been
only one case where that has proven to be a problem, which I will describe
more in the "limitations" section below. I set the stack size to be 4096
(the default is 2048).

If you have version 3.0 of the Microsoft C compiler, you should be able
to invoke "compile.bat" which will compile and link everything. See
the section below entitled "Porting to another compiler" if you don't
have Microsoft version 3.0. If you don't have it, I would suggest
thinking seriously about getting it. I have been generally very
favorably impressed with their library support. I don't currently have
anything to compare it with, in terms of speed (I am sure there are lots
of published benchmarks), but I have as yet to hit a bug. That counts
for a lot.

I am not sure how much is DOS 3.0 specific. I think the directory stuff
is. I suspect Microsoft 3.0 C is. DOS 3.0 is well worth getting, in any
case.

I tried to keep this program relatively small so that it would work on
the small memory model.

the -e flag indicates that '\' is not to be used as a literal-next
character.

When invoked it tries to source the file /profile.

When you type a command, the shell first escapes all characters
preceded by a backslash (if not invoked with the -e option) and
all special characters enclosed within quotes.

It then performs history substitutions on expressions beginning
with '!' as follows:

!! is replaced with the previous command
!