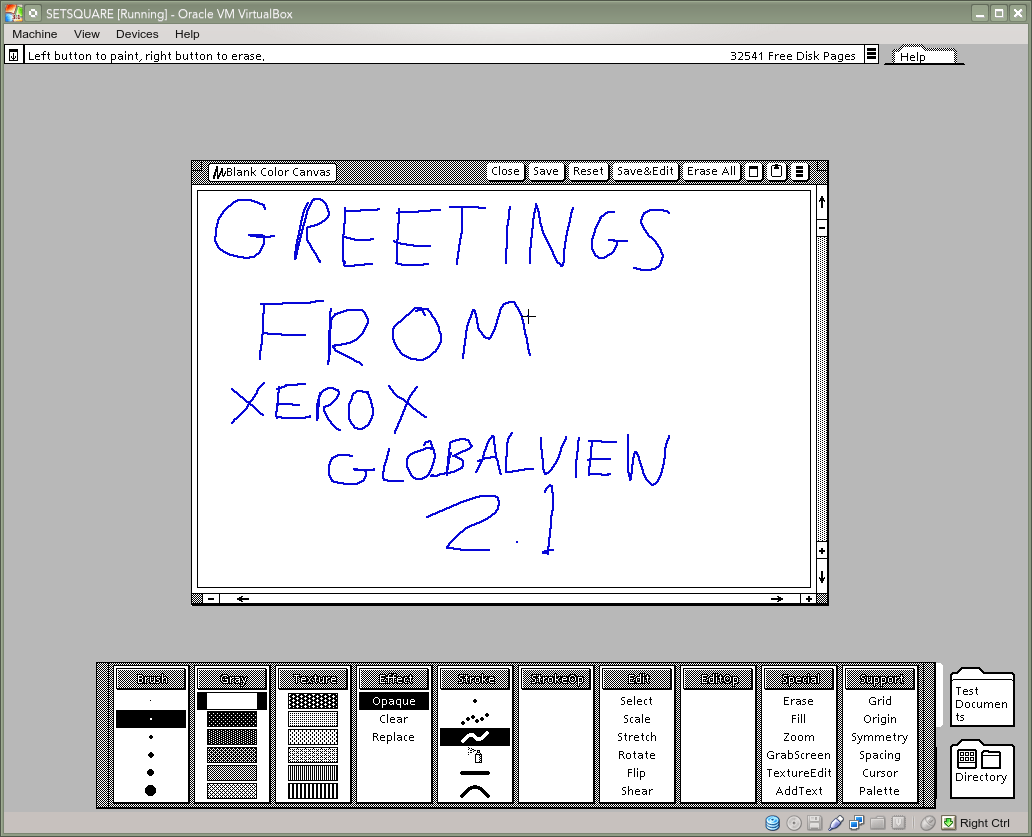 Contents of the ROFF.DOC file

This version of ROFF, based on the formatter in Kernighan and
Plauger's book SOFTWARE TOOLS, was written in BDS C, and employs the
directed i/o functions that go along with that package. Well, half of
the directed I/O anyway - it doesn't use redirected input because I
wanted to be able to format more than one file at a run.

This will send the formatted output to the Console (display)

This will send the formatted output to filename2

This will send the formatted output to the printer.

Using ROFF, you can make nice printouts of a file, with as little
or as much help from the program as you want, depending on the
commands. There are default values for all parameters, so if you don't
put any commands in at all, your file will come out with filled,
right-justified lines. The default line-length is 72 characters; the
default page-length is 66 lines per page. "Filled lines" means that as
many input words as possible are packed onto a line before it is
printed; "non-filled" lines go through the formatter w/o rearrangement.
"Right-justified" simply means that spaces are added between words to
make all the right margins line up nicely.

To set a parameter, use the appropriate commands below. All
commands have the form of a period followed by two letters. A command
line should have nothing on it but the command and its arguments (if
any); any text would be lost.


A command argument can be either ABSOLUTE or RELATIVE :

.in 5 sets the indent value to 5 spaces

.in +5 sets the indent value to the CURRENT value plus 5

.ls -1 sets the line spacing value to the current value
minus one


Also, all commands have a minimum and maximum value that will weed
out any odd command settings (like setting the line spacing to zero,
for example. It won't let you do that, but it could be changed if you
REALLY have a burning desire to do so).

Some commands cause a "break", which is noted in the table below.
Before such a command goes into effect, the current line of text is put
out, whether it is completely filled or not. (this is what happens at
the end of a paragraph, for example.) A line beginning with spaces or a
tab will cause a break, and will be indented by that many spaces (or
tabs) regardless of the indent value at that time (this is a "temporary
indent", which can also be set explicitly). An all blank line also
causes a break. If you find that seem to have some lines that are
indented strangely, and it's not obvious WHY, look at which commands
are causing a break, and which aren't. For instance:

.br yes cause a break

.he string no empty sets header to string


To change the default for any parameter, simply alter ROFFGLOB
recompile ROFF1.c and ROFF2.c, and re-clink them with NDIO.CRL (you can
use DIO.CRL, but it doesn't have all the features of NDIO )

If you want to center lots of lines, but don't want to count them,
do something like this:

To underline a few words on a line:

.fi
.ul
Some
of the words in
.ul
this
sentence are
.ul
underlined
.nf

A new paragrah may be caused by using the temporary indent command,
like

or by simply beginning the paragraph with a tab, as you would if you
were just typing.

A page number can be incorporated into any header or footer by
putting a "#" in the title where you want the number to go:

.he This is a witty header title for page #

Each time this is printed at the top of a page, the current page number
will be substituted for the "#".