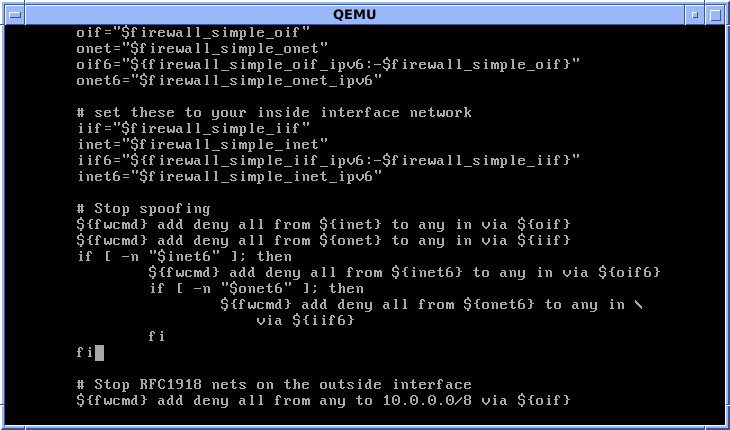 Popi was originally written by Gerard J. Holzmann - AT&T Bell Labs.
This version is based on the code in his Prentice Hall book,
"Beyond Photography - the digital darkroom," ISBN 0-13-074410-7,
which is copyright (c) 1988 by Bell Telephone Laboratories, Inc.

Permission is given to distribute these extensions, as long as these
introductory messages are not removed, and no monies are exchanged.
Special thanks to Gerard for allowing this distribution.

Device drivers are currently included for:
Amiga
Works with Lattice C 5.04, but you'ld better have at
least 2M of memory, or restrict yourself to small (128by128)
images.
Apollo
Atari terminal
Kermit terminal
MGR
NeWS
Works with NeWS v1.1 and OpenWindows v1.0.
PC
Works with Turbo C, Microsoft C (including Quick C)
and Mix Software's Power C. There is support for
the common graphics cards (CGA, EGA, VGA, HGC) and
additionally, the Turbo C graphics library routines
can be used for non-standard cards if you have
the appropriate .BGI file.
SunView
Works with SunOS v3.x and SunOS v4.x.
X11
Works with X11r2 and X11r3.
XView
Needs the XView toolkit source distribution or Open Windows v1.0.
null
For those with no graphics screen, this enables
you to just use one of the printer options.

We'd be interested to hear what other machines you get it working on, so
that we can keep this list up to date.

See the beginning of the Makefile for details of what you might have
to tweak in order to get this working under different O/Ss or on other
machines, and also how to compile and link the different versions.

Note that the Makefile is very generic. Considerable speedups can be obtained
by using different compile and link options, plus inline libraries.

There is a TODO file included which lists current bugs, and the
enhancements that will be added in the future.

HISTORY
This program was first released to aus.sources in July 1989 in
conjunction with a competition held prior to this year's Australian
Unix Systems User's Group Conference and Exhibition. The best
transformation of Dennis Ritchie's face (as judged by Dennis)
was put on T-shirts that were given to each conference delegate.
Bug-fixes, improvements and new drivers were garnered. A number of
vendors had popi running at the exhibition.

Thanks go to:
John Pritchard and James Ashton for bug reports and fixes;
Tim Roper for System V diffs;
Tim Lambert for the Apollo driver;
Mark Andrews and Andrew Nicholson for help with the NeWS driver;
Frank Crawford for the kermit terminal driver;
Peter Chubb for the Amiga work.

Please pass suggestions for further improvement, comments, bugs and
flames back to me (Rich), at the address below, and I'll forward the
appropriate ones on to Stephen.

If you make any bug fixes changes or improvements please let us know so
that we can add them to the main distribution. More device drivers are
particularily welcome.