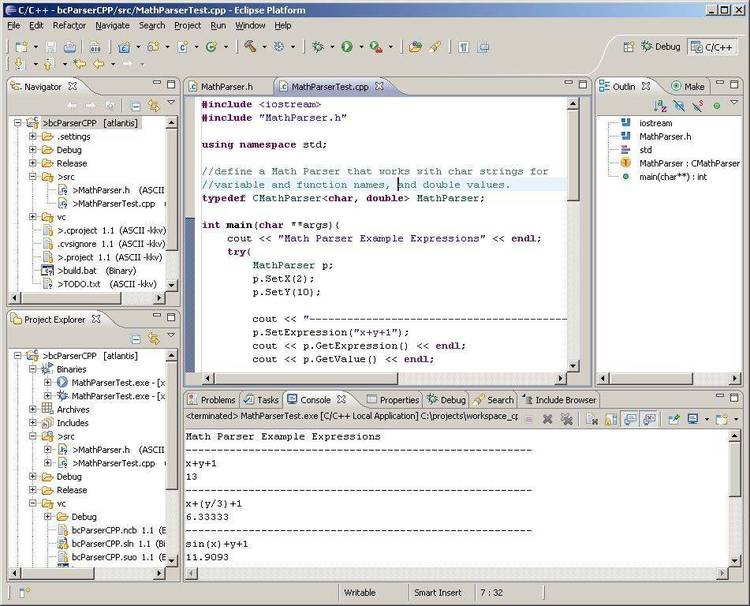 In September of 1991, someone posted a request on FidoNet's C_ECHO
requesting for an expression evaluator similar to one that was
available for QuickBASIC. After a couple of weeks of (admittedly
on-and-off) work, I posted version 1.0 of INTERP on the echo in six
rather large messages.

When Bob Stout discovered that numbers couldn't start with a decimal
point, he encouraged me to change it. At that time, I also read P. J.
Plauger's "Standard C" column in the C USER'S JOURNAL, which detailed
why my usage of setjmp() was decidedly nonstandard. For version 1.1,
I have changed the code to satisfy both Robert B. Stout and ANSI.

However, since the snippets are for code posted on the C_ECHO and
because I judge this to be quite a bit too large for posting there, I
am releasing it via the PDN. This has prompted Bob to produce his own
expression evaluator which WAS released onto the echo and which WILL
be in snippets, but that's beside the point.

This "library" is only provided in source so that it could be used by
people who use compilers that I don't have. It should compile and
work on any ANSI-compatable compiler. I don't think I made any
assumptions about the runtime environment other than that. If you
want to try it out with a simple command-line interface, just compile
it with the macro DEBUG defined and run it.

Otherwise, just compile it to object code and link it in to whatever
you want to use it with. There should be sufficient documentation in
the source to allow any reasonably skilled programmer to use this.