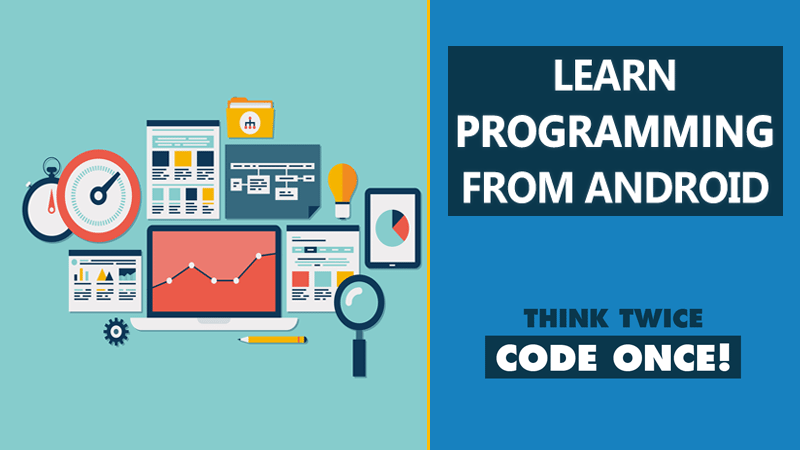 Contents of the CNEWS019.DOC file

"C News" is an Electronic Journal published from time to
time. The subject of C News is the C programming language,
as well as any derivatives like C++. All readers are
encouraged to submit articles, reviews, or comments for
submission. C News is freely distributed, but can not be
sold for a profit and cannot have a charge assessed to
cover distribution costs. All articles and reviews become
the property of C News and cannot be included in other
publications without written permission from the C News
Editorial Staff. This publication is Copyrighted under
U.S. Copyright Law.

It's been quite awhile since an issue of C News has been
published, and it is with some pride that Dan, Wayne, Jim and I
bring this 19th issue to you.

Over the last few months I have had the pleasure of selling
a home in Virginia and relocating and purchasing a new home in
the Dallas-Fort Worth area. For those of you that own homes or
have been through the relocation process, you probably
understand the stress and upheaveal that a relocation brings.
Finally, after months of planning, packing, travelling and
unpacking I have settled down and look forward to more frequent
issues of C News.

This issue of C News brings some articles that were
submitted quite a few months ago and have been patiently waiting
for the next publication date. There are articles on C
portability problems, the continuation of Jim Singleton's
article on software development, another one of Wayne's
Beginner's columns and a piece on shareware.

The last few months have seen the release of a major
upgrade to one of the bigger C compilers (Microsoft), a major
release from one of the original DOS C compiler vendors
(Lattice) and new compiler to add more fuel to the compiler wars
(Topspeed). Over the next couple of months, Dan, Jim Wayne and
I will be bringing you some of our thoughts on these various
compilers as we all use different ones in our daily programming
exploits.

This issue of C News is not the last and will be followed
by Issue 20 sometime in the early fall. If you have ideas for
articles or comments on the style that are constructive, we
welcome them. It should be noted that we are not striving to be
a "professional" publication, just a fun project by a couple of
guys in Virginia, and a misplaced "Brit" in Texas.

C ya in the next issue.

When Barry and I were discussing the editorial for this
issue of the C News, Barry suggested that I write one as well
since Dan, Wayne and I are still in the Washington, D.C. area.

Barry forgot to mention that the last few months have also
seen Borland come out with their first C++ compiler. While none
of us at C News are experienced C++ programmers, we would like
to cover C++ in the C News. Anyone interested in submitting an
article, please contact Barry or myself.

At the end of each issue we tell you how to contact us here
at the C News. However, in light of all the changes since issue
18, we decided to mention it here as well. You can contact us
through:

Feel free to contact us with any ideas, comments, or
criticisms you may have.

Unfortunately, error conditions are a fact of life. Any
program you write, no matter how small, carries with it the
potential to produce an error. A good program attempts to trap
errors when they occur and gracefully handle them.

Error handling, however, can produce masses of extra code,
extreme confusion, and sticky maintenance problems if not
implemented smartly.

Consider the following line of code:

This is a very common and simple action - open a file.
However, as written, it is fraught with danger. Suppose the
open fails? The FILE pointer "fileptr" is assigned the "NULL"
value. Any attempt to use "fileptr" will, at best, cause a
program crash, or worse, a system crash. The solution is to
trap the error:


This code traps the error, prints an error message to the
screen, and terminates processing.

Now, allow me to digress from the main topic for just a
moment and talk a little about the line "exit(1)".

The "exit()" function is part of the standard library. The
prototype can be found in "stdlib.h" and "process.h" and takes
the form of:

"exit()" flushes all buffers for files open for buffered I/O,
closes all files, and terminates the program returning the "int
status" to the calling program or the system. A "status" value
of "0" traditionally means "no error". Error conditions are
indicated by a non-zero value. Keep this in mind as we
proceed.

Now, let's assume you have seven files that your program
opens. That means seven "fopen" statements and twenty-one lines


of code like that above. Furthermore, let's assume that you
have seven other error conditions for which you check. Each
check includes an "if" statement, a "printf" statement, and an
"exit" statement.

You should be able to see by now that you have a
substantial amount of code invested in opening files and error
handling. But, you can reduce the amount of code, and the
headaches associated with maintaining it, substantially by using
string arrays. Watch.

To handle the errors, create an array like this:

Once the array has been created, you can now create a
routine called "error_exit". You would declare the function
like this:


The code for the routine would look like this:


To use "error_exit", the invoking function calls the error
routine passing the index value associated with the desired
error message. The "if(errnum)" determines if an error exists.
A "0" (or NO ERROR) would resolve to false and the function will
return to the caller taking no action. Obviously, you would
never call "error_exit" with a value of zero. A non-zero value


would resolve to true and the "printf" statement would print the
text pointed to by "error_msg[errnum] and the "exit" statement
will return the value of "errnum" to the calling program or
system.

Using the above example of the "fopen", we would rewrite
the code in this way:


This would result in the error message "Error message one
text." being printed and the value of 1 being passed to the
calling program or system if an error occurs.

This method keeps the duplication of code to a minimum and
allows all error handling to be done from a single function. As
the code changes or more error conditions are checked for, it is
a simple matter to add error messages to the array or to change
existing messages. This saves you from having to search
thousands of lines of code for elusive error text to change.

Now, we have solved the problem of error handling, but we
still have seven different "fopen" statements in our program.
We can use a string array to solve this problem, also.

If we create the following arrays:

we can rewrite the "fopen" code to handle all seven files.


The invoking function would call the open routine passing
the index pointing to the desired file name in the
"file_table". That same index is used to access the array of
file pointers so that pointer "fileptr[0]" would point to
"file_table[0]", or FILE1 in this case, and so on.


If you wished to open all the files at one time, you could
do so in this manner:


As you can see, string arrays can be used to add
flexibility to your code and help make "generic" functions.
They are a powerful tool and with a little thought and a little
imagination you can do amazing things with them.

The .ZIP file is about 65K and is dated 5/86 (as are all of
the files) even though all of the files have internal comments
indicating dates of April/May/June, 1984. The file is stated by
the author as being placed in the public domain although he does
request that it not be put to any "military" use. I've seen this
file on MANY boards in the DC area, so assume it is fairly
readily available wherever you are.

With over 60 functions (74 files total, including .H files
and some others), all of which are concerned with string
manipulation (it is my assumption that ECSTR => Extended C
STRing), this is a wealth of source material for anyone who
wants their own source library of string manipulation routines.
The following files are included:

This collection is not exactly for the faint of heart or
the rank beginner (although anyone who has created, compiled,
linked and run even a few C functions can deal with it). Only


source code is provided, with excellent block comments in each
source module and a modest, but illuminating, README file.
Mildly oriented towards VAX machines but conditional
compile/assembly statements make everything available to non-VAX
users.

I've stripped out the heart of several of the routines
(dumping the conditional stuff since I don't have a PDP-11 or a
VAX) and have have had no problem reformatting them to compile
under Turbo C (2.0). I see no reason why users of other
compilers should have any more trouble than I did.

Most or all of the 30 or so library functions for string
manipulation included in Turbo-C 2.0 can be found here, as well
as ANOTHER 30 or so, and since the source code is provided, this
is an excellent opportunity for those of you who want to have
LOTS of string functions available and/or those of you who want
source code so you can "do your own thing". I doubt that many
compilers (if any) provide anywhere near this extensive a
package of string functions. And, of course, the price is
right.

This is a useful package, regardless of its age. There is,
of course, the fact that since it is an unsupported package,
you've got no one to yell at if anything goes wrong, but hey,
the source code is there and what more can you ask for?

COMPATIBILITY: written to run under ANY version of UNIX.
Author has wisely chosen compatibility over rationality (in
function names and argument lists) --- if this sounds strange,
then you might be unfamiliar with the MAJOR headaches which
accompany rational but incompatible tools. The READ.ME file goes
into some discussion about compatability with UNIX functions.

ANSI: this was done LONG before the ANSI standard was
introduced and I have made no attempt to determine ANSI
compatibility.

The other day at work, I came across a simple diskette
label program, written in BASIC. The program printed a simple
four line label composed of a title, name, date and two comment
lines:

While the program worked and did what it was supposed to do,
there were a couple of things I didn't like about it:

- The name and date were hardcoded into the program,
so they had to be edited if they were to be changed.

- The program wasn't compiled, which made it easy to
edit the name and date, but loading BASIC first
slowed the program down.

- The program did not exit back to the operating system,
leaving the user in BASIC.

- The program only printed one label at a time, which
was okay if you only wanted one label, but was a
pain if you wanted several. I didn't mind that it
would not print multiple copies of a label; but, if
I want to label ten different disks, I don't want to
load and run the program ten times.

Rather than modify the existing BASIC code, I figured I'd write
it in C. (The fact that I didn't have a BASIC compiler had
nothing to do with this decision. 🙂 Besides, I often hear
people just starting out in C ask how to send output to the
printer.

A short time later, I had a working program:


/* LABEL.C -- Print out a diskette label. Designed for
an ALPS P2000G printer, it should work on any Epson-
compatible printer. */