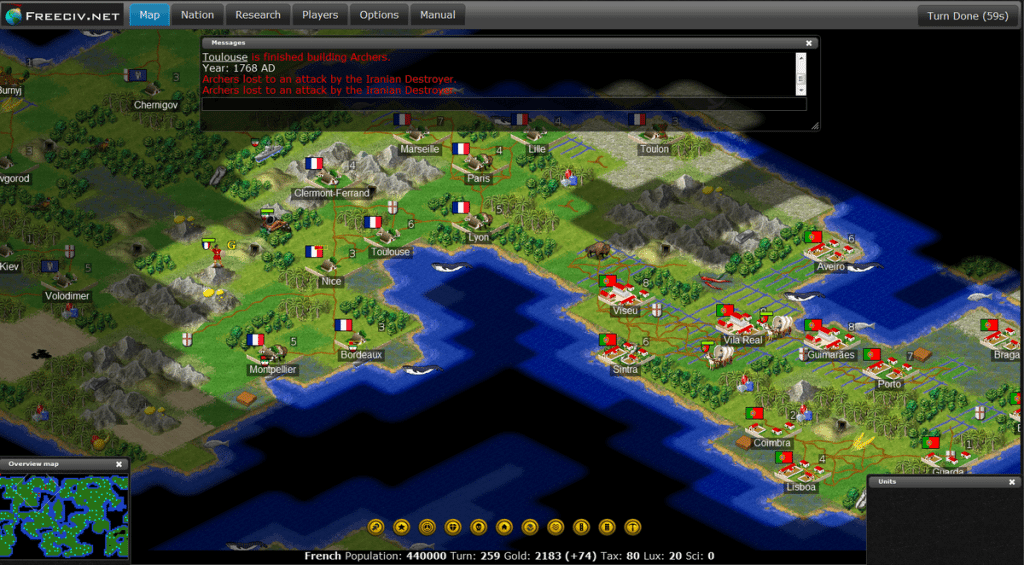 Nothing like VGA Planets has ever been tried before.

VGA Planets is a multi-player space conquest game for up to
11 players. The game is designed so that the players can play
by modem. The players calls the BBS that is acting as the game
host or a BBS that is acting as a storage site for files to and
from a remote computer playing host. The players download a
small file PLAYER?.RST ( about 2k ). The players then log off
the host BBS. The whole process can be done in under a minute.
The file contains data that is expanded into a set of data files
by a UNPACK program.

The players can then go into a VGA graphical program that uses the
DATA files to show the the player what happened last turn and to
plan out new moves, order new ships to be built and many other
activities. The player has all his fun OFFLINE where he isn't
subject to BBS time limits and isn't tying up a BBS phone line.
When a player has completed his game turn he quits the main program and
runs MAKETURN which encodes all the players data files into a
PLAYER?.TRN file. The player then calls the host BBS again and uploads
the PLAYER?.TRN file ( 24 bytes or more ) in a matter of seconds.
Sometime very late at night (in most cases) the BBS gathers up ALL the
PLAYER?.TRN files for a game and moves them into the HOST directory.
The HOST.EXE program gobbles up all the PLAYER?.TRN files at once and
feeds them into the universe's main data files ( *.HST ). The HOST.EXE
program then gathers up all information important to each player in
the game and forms a new set of PLAYER?.RST files ( one for each player )
which are then moved to a download directory, so that the players can
play out another game turn tomorrow.


I you are a New user and want to test this program out fast
run the following programs.

* On registered disks only