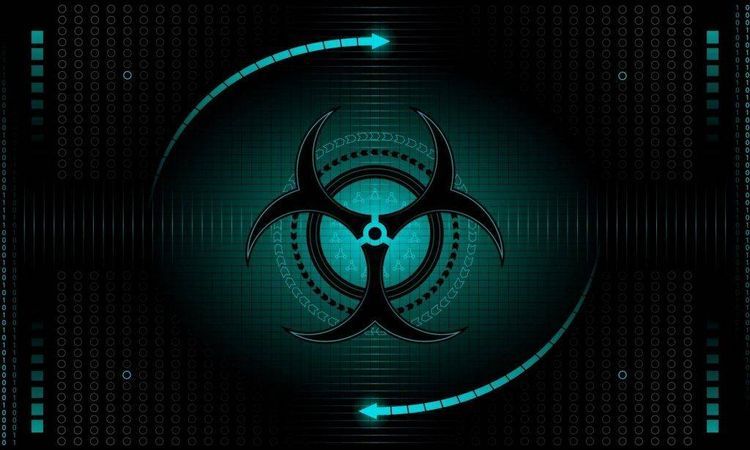 Star Traders version 3.68 Online Game Door
StarTraders is an onliner written with the
BBS Onliner Interface, meaning it will run
under virtually all DOS based BBS systems.
StarTraders is a one player game of
interstellar mercantilism with a monthly
Hall of Fame. Another fine game from the
warped mind of Andrew J. Mead.

Contents of the STARINFO.DOC file

Star Traders
Star Traders. You have fifty turns to create an intergalactic
trading monopoly. Each turn you will be offered 5 spots (selected
at random) to put a trading post, create or add to an existing
trading company, or merge two or more existing ones. After each
move you are also given the opputunity to purchase and/or sell
shares of stock of existing companies.

The game also offers to slightly different versions which you can
choose to play. (See the history section below). In the old or
classic Star Traders game, there will never be more than six
trading companies at one time. Also, stock will not split until
its value goes ABOVE 4000. In the newer version, you can have as
many as 25 companies (not recommended), and stock will split when
it REACHES 4000. There are also differences in the way company
mergers are handled monetarily.

A good score on the old version is anything over 4 million, whereas
anything over 8 million is good on the new game. There is a healthy
amount of luck involved, but if you don't have the skills, you won't
be able to take advantage of it. Over the two years since this game
has been released, I've seen all sorts of strategies that have
increased the high scores. The all-time high score for the new
version of the game is over 28 billion (yes "B"illion). The highest
score that I know of for the older version is somewhat over 400
million.

A History of Star Lanes/Traders/Market and the BBS Onliner Interface
Installation
Upgrading from Star Traders 3.56 or earlier
Files
Command Line Options
Registration and Trial Period
What the files are
Disclaimer
Special Thanks

A History of Star Lanes/Traders/Market and the BBS Onliner Interface
Star Traders is one of the oldest PC shareware games around. I
have no idea who the original author is. The earliest fragments
of code I have found had not author mentioned. The GBASIC program
Star Lanes was 50 turns, 1 to 4 players, up to 6 companies, and the
map was 12 by 12. Since then scores of variations have made the
rounds. I know of at least three online versions. Mine, another
ASCII game called Star Traders, and a new one I've seen ads for
called Star Marked (which I've been told is similiar). I've even
received mail from someone who says they introduced the (M=xxx)
shortcut. Could be. I didn't. My main addition to this saga have
been the 25 company mode (with the 19 new company names), and the
recently changed buy/sell screens. In the other version I've seen,
you had to scroll through the entire stock list when buying or
selling. I also removed the coordinate grid from the game, and
allowed the players to choose there moves by "hotkey."

I bought my first 1200 bps modem in May of 1990. A friend of mine
and I discovered the ASCII version of Star Traders in June. At that
point, he talked me into writing him a version that he could play at
home. It did take 25 minutes to play a game online. Well, the game
is quite simple, and it took me a couple days to whip up the first
version of the game. That got me thinking about what it would take
to write an online game. A local SysOp pointed me in the direction
of DoorWay to Unlimited Doors (a fine product by Marshall Dudley).
I thought that this was the end to my troubles. It was merely the
beginning. By the end of June, I realized that I needed to write my
own comm routines. I quickly discovered that information about such
for Turbo Pascal is quite hard to come by. In July, I messed with
Text File Device Drivers as described by the TP Reference Manual.
Of course this was limited to COM1 and COM2, not to mention anything
above 2400 bps was out of the question. This resulted in a short
lived versions 2.0 to 2.1. At that point I, I tried BIOS based
routines. In the middle of August, I publicly release Star Traders
3.0. By this point, I had started to seperate the game Star
Traders from the underlying code (the BBS Onliner Interface). I had
even begun work on what was going to be (but was put on hold) my
second game (eventually released in May, 1992 - BBStock Exchange).
However, it quickly became apparant that the BIOS routines suffered
from serious problems. Locked comm ports didn't work, multitaskers
hated it, speeds at 9600 had unpredictable results, COM3 and COM4
didn't work on XTs, and any non-standard com port setup was not
going to work. So, I went back to the drawing board, spend a
weekend without sleep, and learned all I could about interrupt
driven communications. What resulted was an interface that worked,
the BBS Onliner Interface 1.0. The first week of September, 1990
saw the release of Star Traders 3.50. The BBS Onliner Interface
made its public debut December 12, 1990 (BOI120.ZIP). By that time,
Madness, Oil Field, and Galactic Empires had also been released.

Upgrading from Star Traders 3.56 or earlier.
Star Traders 3.56 and earlier limited high scores to 2.1
billion. This may not seem like a problem, but it is. I
myself was puzzled when people started complaining about
negatives scores (scores over 2.1 million roll over negative).
Well, to make a long story short, I had to change the data
structures used, and this in turn meant that the Hall of Fame
data file structure had to be changed as well. The program
CONVERT.EXE (included in this archive) should be run in the
directory that contains STARBNEW.HOF and STARBOLD.HOF. It
will convert them into STARCNEW.HOF and STARCOLD.HOF. There is
no danger in running the program multiple times, etc... Once
you have run CONVERT.EXE, you can delete it. It does nothing
else. The upper limit for scores is somewhere in the
sextillions.

Command Line Options
All commands are listed in COMMANDS.BOI. Installation examples
can be found in INSTALL.BOI. Star Traders supports all command
switches available in the BBS Onliner Interface.

Registration and Trial Period
Star Traders is ShareWare. It is totally uncrippled. There are no
bells or whistles, or time delays, or time bombs, or limited
functions. You have the whole works. You are allowed to try
Star Traders online for up to two (2) months. At that point you
should either take the game offline, or register it. The current
registration fee is ten United States dollars ($10US). When you
register, you will be sent a registration key that will work on all
future releases of Star Tradres. Please consult REGISTER.BOI for
further details about registering this and other BOI doors.

What the files are
file what it is and where it lives
STARSBBS.EXE This is Star Traders

STARSBBS.INS This is the instruction file that Star Traders will
display to users. I ask that anyone interested in
translating this into other languages to contact me
personally. A near future release of Star Traders and
my other doors will also allow for all text WITHIN the
game to be translated as well. This file belongs in
the same directory as STARSBBS.EXE

STARSBBS.KEY This is the registration key file. This file (if you
have it) belongs in the same directory as STARSBBS.EXE

CONVERT.EXE See "Upgrading From Star Traders 3.56 or Earlier".
This program converts 3.56 and earlier's STARB???.DAT
files into the the STARC???.DAT files below. If you
have already run this program, or you don't need to,
you can delete it.

STARCNEW.HOF These is the Hall Of Fame data files. The game will
STARCOLD.HOF create and maintain these files in the same directory
as STARSBBS.EXE. If you wish to reset either the new
or old Hall of Fame, you can just delete the
appropriate file.

STARSHOF.TXT This is the text Hall Of Fame. This file is designed
as a user bulletin. By default it is created in the
same directory as STARSBBS.EXE, but it can be moved
and/or renamed by use of the /Y command line option
(see COMMANDS.BOI). This file displays the all time
high score for each version. the three best scores
from the previous month from each version, and the
current month's top ten from each version.

Disclaimer
The SysOp accepts all responsibility for this programs
implementation. The Author is not responsible for any damages
caused by running these programs. If you are attempting an
installation, it is always best to TEST the program before opening
it up to the public. Make sure all switches are correct. If you
have any technical questions or suggestions, please send a SASE to
the above address or contact me E-Mail. Include program, version
number, your BBS software and version, any commands you are using
with either the BBS or the game, the Error Log (if one exists), and
any other information you think might help me figure out what your
problem is.

Special Thanks
David Malin for making me write the game.
Dennis O'Dell for the patience and BBS to test it on.
Rick Guggemos and Tom Yates for their help.