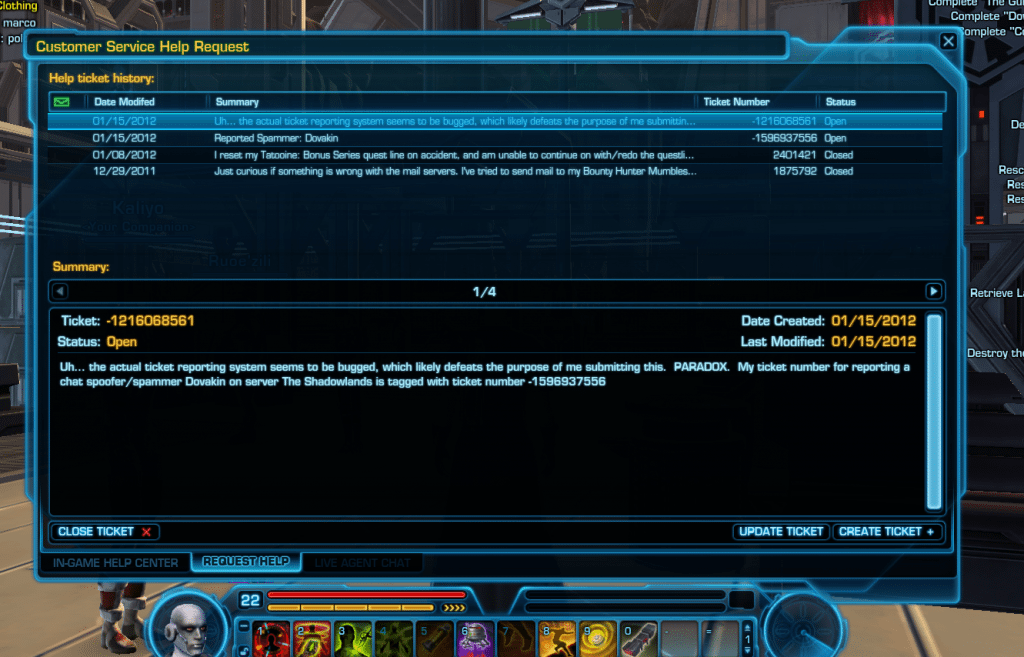 Contents of the MNP.DOC file

After trying to Run Galactic Warzone 7.5 and 7.6, on PCBoard 14.5 I realized
that it is incompatible with any BBS that has to lock it baud rate. From
Galactic Warzone calls on the Baud rate the user connected at through
the PCBoard.sys file. The Only problem is that this is the Connect speed,
and not the Speed of the serial port. So when the connect speed is lower
than the baud rate what the serial port opened at, a speed mismatch occurs.

Enclosed is a simple Basic program that I wrote to take care of that problem.
And my batch file that I use to call Galactic Warzone.

Then follow my Warzone.bat file, and you will be in good shape.

I have also noticed a few other flaws with the program, which are easy to
avoid.

1. The Control file in Galactic Warzone does not metion Support for PCB14,
But it does support it. So on the line where it says BBSTYPE, put
PCB14. You DON'T have to convert the PCBOARD.sys file to PCB12 format.

2. Secondly, Galactic Warzone's Maintenance program will not run properly
With less than three players in the game. So if after you set up the
door you don't have at least three Users who logged on to the games,
Either waite another day until you run the Maint program, or Add a dummy
Player in the door buy logging on in local mode.

3. Lastly, the Maint program also will not work properly unless some one
has already died. (This can be one of the three people needed to solve
problem 2 above.

So to kill two birds with one stone, I Start the game
by logging on two dummy players, have them attack each other, and then
I log on as a real player and kill the surviving dummy player. In this
way, you will be guaranteed that you will not get the notorious division
by zero error (ERROR 200) when you run the Maint. program.

Enjoy the door, but don't let the Cabal get to you!!
Keep on BBSing.