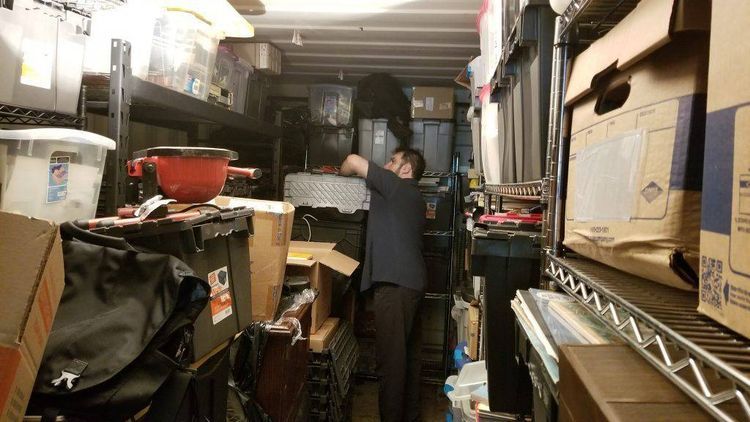 Contents of the ANSWER2.DOC file


The 'ELECTRONIC ANSWERING MACHINE' is, simply, a computerized
version of the plain old voice answering machine. When you go out
to get lunch, go to a movie, or whatever, just pop up EAM and you
will never miss another important message again. It's very simple
to use and maintain, the few instructions necessary are outlined
below. The original idea for this program inspired by Sean Nolan
who wrote the original version of EAM called simply AM (Answering
Machine).

Early in August, 1985, I was faced with a failure on the HARD DISK
I was using to support my BBS system. As a consiencious BBS sysop
I searched for the right tool to stay in touch with my users while
the HARD DRIVE was being repaired/replaced. I found the original
AM program by Sean Nolan and attempted to run it on my system. The
original program would not even pick up the phone upon receiving
an incomming call. There were other problems that followed:

1. The caller's communications parameters had to match the
method used to open the COM1 or COM2 line EXACTLY. The program
was very unforgiving about this. EAM automatically switches
to re-configure itself to the callers settings.

2. There was no mechanism to hang up in the event that the caller
terminated simply by dropping carrier. At best, you had to
endure a time-out by decrementing a counter. This was maintain-
ed as a REAL number of 340000! (or something like that)
This has obvious disadvantages for multi-tasking or using a
compiled version of the program. EAM will reset immediately
upon detecting loss-of-carrier. EAM also sets waits by using
appropriate number of SECONDS by reading the system timer.

3. Much of the messages and prompts were "hard-coded" and not easily
changed by the inexperienced user. This version places the most
commonly changed items on the first line of code, and both the
initial message and trailing (logoff) message are read from disk.

4. A facility has been included to allow the remote SYSOP to list
his messages from the remote point. (Kinda like having one of those
fancy little beepers that let you read your phone messages from
any outside telephone).

5. CHAT mode has been greatly improved over the original code, as well
as the text editor used to enter messages to the system operator.
the format of the MESSAGES file contains the callers name and time
that he called. The call number is also recorded.

6. LOCAL mode is also supported in all but the CHAT function. After all
who would talk to himself, anyway? Not me! (Are you sure?) fersure!

7. Since the program is essentially a long-running BASIC program, it is
susceptable to running out of string-space by variable re-definition
unless you take special care to issue a CLEAR statement. EAM does
a FULL reset each time a caller hangs up. It maintains the current
BEEP and CHAT setting on a disk file across the RE-INITIALIZATION so
that these settings are not lost.

8. Error-handling for communications problems and missing disk-files
did not exist in the original program beyond displaying the line#
of the failing statement. EAM has extensive error-handling and can
tolerate all but the most uncommon problems.

Most of the resulting code is taken directly from techniques used either
by Sean Nolan in the original program, or from techniques used in RBBS
itself. So in reality... I must acknowledge all of the developers of
RBBS as contributing, in some way, to this program. If you desire...
EAM can be the beginning of your own custom BBS software... all of the
communications routines would work just fine in such an effort.
It has even found use as an Electronic MAIL-DROP for PC users wishing to
avoid the high cost of commercial electronic-mail systems. Consider
other possibilities !

OPENING MESSAGE - When a remote user first logs on to EAM, he is given
a welcome message not unlike that displayed by RBBS:

He is then sent a message asking if he needs linefeeds, and his REAL 1st
and Last name. After this is completed, the disk-file named "OUTMSG" is
sent. This file is optional but I can't see why you would ever NOT have
one. The intent is to describe to the caller what he has dialed into,
and (maybe) why the normal system is down (or some other stuff).

After the file OUTMSG is displayed... the following menu appears:


These functions are outlined below:

ENTER A MESSAGE - The system also allows for the remote user to
enter a message for the operator. The message editor is simple
and self-explanitory, just view the file menu help file to see
the functions. These messages are saved under the name MESSAGES
and may be read by using TYPE MESSAGES from DOS or by VIEWING the
file either under LOCAL mode or by calling in remotely and using
the hidden command ~ (Tilde). This will allow the remote system
operator to view his messages from some outside terminal. To clear
the messages file, type ERASE MESSAGES from under DOS.

CHAT - One option the remote user may choose is O)perator page to
Chat with the operator. If the SYSOP is available, EAM will then
page the operator through the use of a pulsating beep (for up to
30 seconds). During this time, the operator should press the F3
key to enter CHAT conversational mode. Just type away...and your
characters will come out on the remote screen, as well as your
own. To end chat mode and return to the command prompt, type the