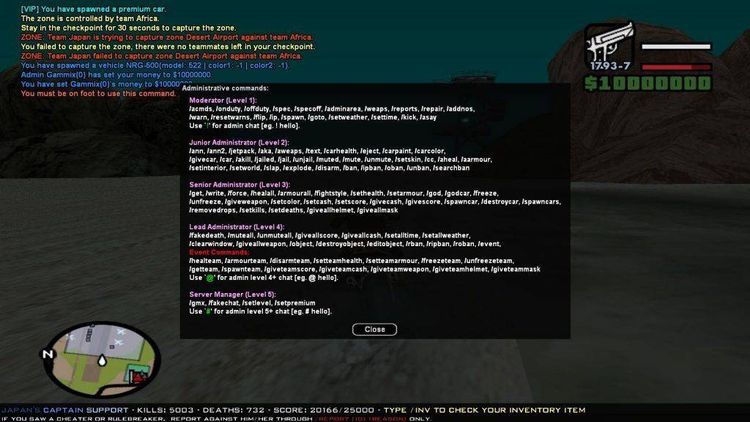 Contents of the CW.DOC file

Welcome to CompWar, a game in which the entire world is inhabited by
a single type of being: The robot. Each player takes the role of a
super-computer that is in charge of a single computer corporation. Each
corporation is trying to out-compete everyone else. You have many robots
at your command with which you will try to accomplish this ultimate goal.
At your disposal also are several factories. You will use these to
construct your robots.

Game play is not as simple as simply buying and attacking! You will
need to plan out how you will utilize all of your resources. Your robots
will have to be divided into 4 areas. They are: Attack force,
Perimeter-defense, Factory defense, and Main base defense. To lose your
main base would mean the end of the game! If you lose your factories you
will have no source of supplies to repair your base and build more robots.
They must all be protected. However, an impenitrable perimeter would keep
any enemies from ever reaching your main base or your factories.

Beware! You will only have a few turns per day. Espionage, attacking,
and re-allocation of troops all use up turns! You will have to be sparing
in what you do!

You will want to note that certain robots only function well in certain
areas. Here is a description of each robot type:

Walker: Walkers are small legged robots approximately 4 feet high and
armed with laser-rifles. They are a generic robot type. They
function equally well in all areas.

Tank: Tanks are small treaded vehicles about 7 feet in length. They
are armed with laser-cannons and are also a generic robot.
They are the equivalent of two walkers.

Flyer: Flyers are jet-powered planes approximately 9 feet in length.
They cost slightly less than tanks and are equally efficient
when in the attack group. They function minimally on the
perimeter and not at all elsewhere. This is due to their
random-blasting techniques. If they attempt to do so on defense
they would undoubtedly destroy friendly troops.

Turrets: These are large laser-cannon emplacements. They can only be
used on the perimeter. They are more cost effective than both
tanks and walkers, but are completely immobile.

Dreadnoughts: Dreadnoughts are larger versions of the walkers.
Unfortunately they are too slow and cumbersome for
offensive combat, and are too wild with their weapons for
close-support. Thus they are really only effective at the
perimeter.

Juggernoughts: Juggernoughts are the same as dreadnoughts except that they
are twice the size. They are even less cost-effective
than dreadnoughts when used anywhere other than the
perimeter.

Bombers: Bombers are larger versions of the flyers. They are equipped
with a large assortment of bombs. They are quite effective
on offensive missions, but have absolutely NO effect on
defensive combat. They should never be left anywhere other
than with the attack-force.


When you buy robots, they will all appear in your factory defense, you
will need to move them where they are needed. The only exception to this
are the turrets. They appear in your perimeter defense and there they will
stay.
To move robots, you use the 'R' command (for re-allocation of troops).
You can move as many things as you want as long as it is from ONE location
and to ONE location. Multiple location transfers have to be done seperately
at the cost of additional turns. Also, transfers directly between perimeter
and mainbase are impossible. They will have to through either the factories
or the attack group to get there.


If you have any questions, please consult your sysop. Hopefully
he/she will have some answers.